In Olga’s life, things were not just good, they were absolutely perfect. Two degrees with honours from HSE University (Bachelor’s and Master’s degrees in Psychology from the Faculty of Social Sciences), a scholarship from Oxford University, and a leadership position in her group. A successful career: while still studying for her bachelor’s degree, Olga was engaged in the training and development of the heads of leading companies: first at VimpelCom, then at the Russian Fitness Group and Severstal. A wonderful family: a husband and two children, a boy and a girl, three years apart. But her happy motherhood was overshadowed by suspicions that something was wrong with her son. ‘The time leading up to the diagnosis felt like motherhood with a millstone,’ she says.

‘I felt that Gordey was different from other children. He was more sensitive, clumsy, often falling over and hurting himself, and quickly getting tired...But all the doctors said that he was healthy, and that there were no serious grounds for concern.’ 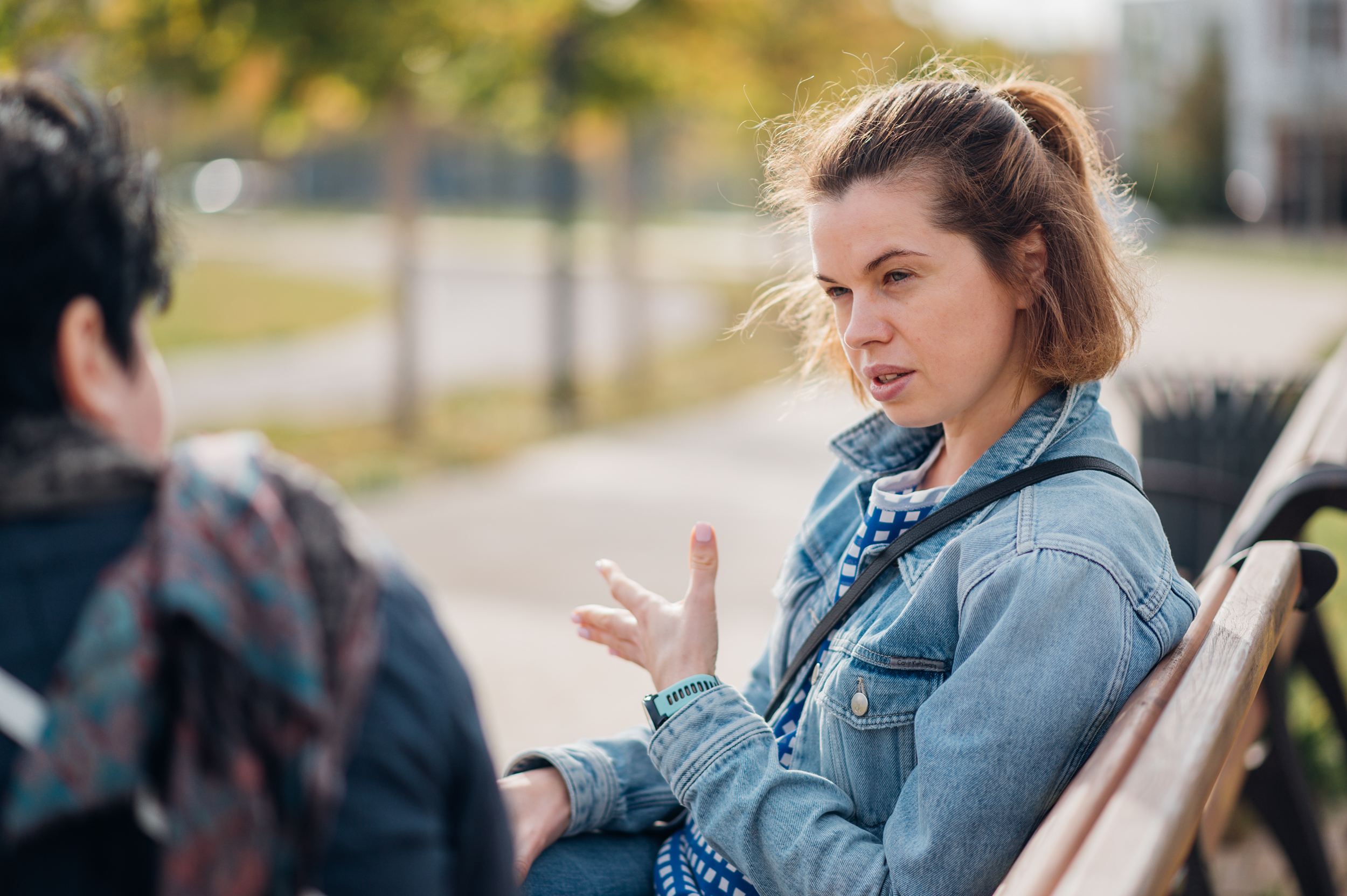 In the autumn of 2016, after recovering from a serious respiratory infection, Gordey ‘took to sitting and went quiet’ — he could play for hours on the floor with a building set and, despite his age, he would listen very attentively to his mother reading books to him for long periods of time. During walks, Gordey would often say, ‘I’m tired, carry me. And he flatly refused to go to nursery school. That was a worry. One December day Olga chanced upon an article on Facebook, where a father described the life of his son suffering from Duchenne muscular dystrophy (DMD). It is an incurable genetic progressive disease, in which the sufferer’s muscles gradually degenerate and weaken, including irreversible damage to the diaphragm (respiratory muscle) and heart, and it is these injuries that often prove fatal. There was a phrase in the article, which stood out: ‘I looked at his calves, they were so muscular, but there was no strength in them.’ ‘Our boy’s calves also looked disproportionately large...’ Olga took Gordey to a laboratory to check his creatinine phosphokinase (CPK) level, which is very high among boys with DMD. By the end of the day the laboratory sent the results over – 23,016 against the norm of ≤200. Gordey’s family still recalls that night with a shudder.

Then there was genetic testing, which revealed a genetic mutation and confirmed the suspicions. It was Duchenne. A fatal genetic disease that 1 in 3,500-5,000 boys is born with, half of them not surviving to adulthood, and only a few reaching the age of 25...

‘The next two years I only vaguely remember,’ says Olga. 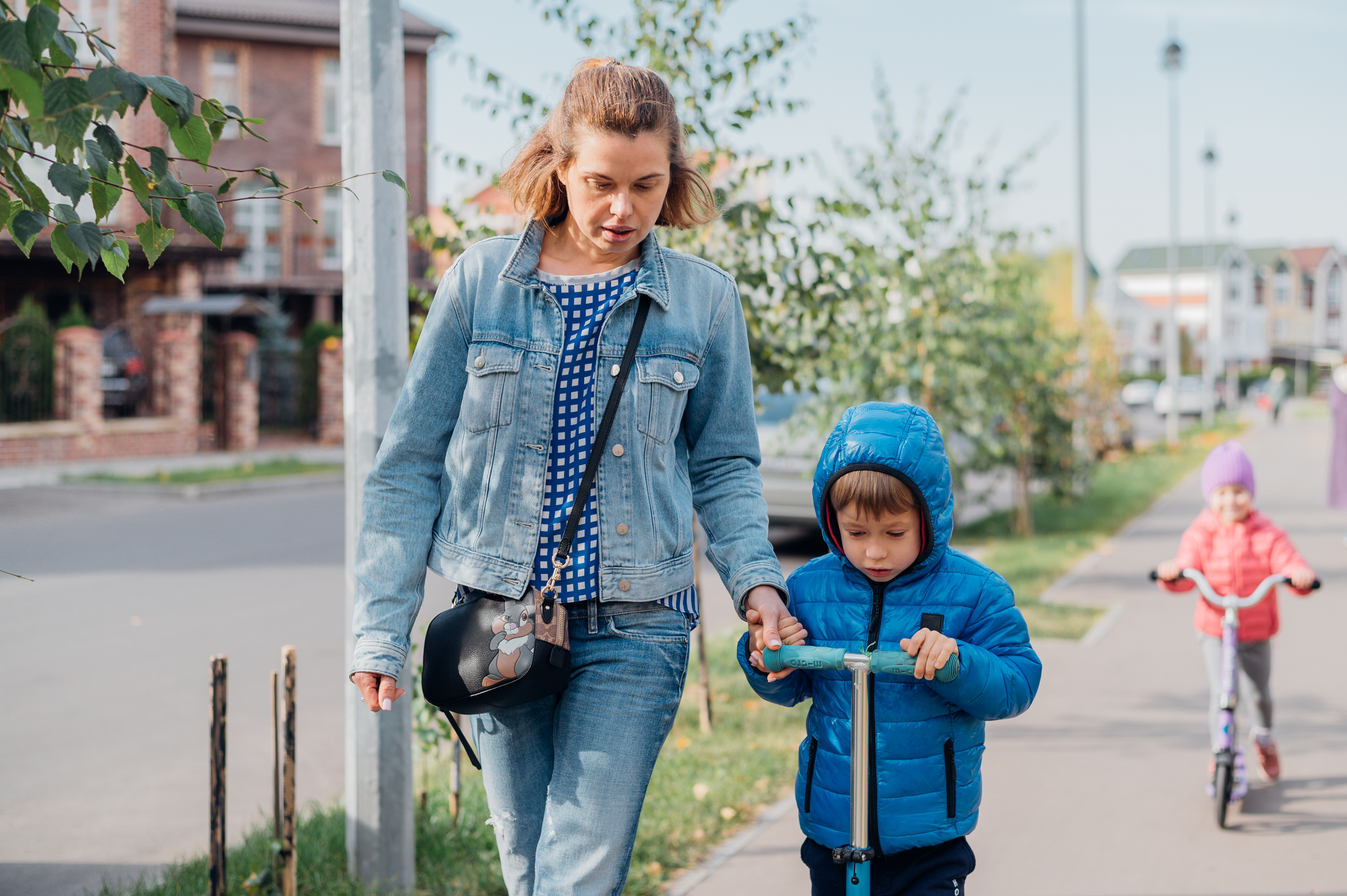 We are walking in the park by her flat. Seven-year old Gordey and four-year old Sonya are circling around us on their scooters. In an hour Gordey needs to be taken to nursery, and in the evening he has chess club and music club. If you look carefully, you can notice his waddling gait, but only if you look very carefully. A handsome, serious boy, telling you that he only plays the piano on the white keys yet, but he will soon learn the black ones too.

‘Having gone through all the stages of anticipating grief...This is when your child is alive, but you already mourn him ... I realised that I would only be able to live peacefully if I did everything possible for Gordey,’ Olga continues calmly while the children head towards the playground.

When Olga started sorting out the paperwork and began figuring out the medical aspects, she learned that there were many systemic problems associated with Duchenne. There was very little information available; society in general and even doctors know little about the disease. At the same time, in Europe and the USA people with this diagnosis both live longer and feel better than in Russia — ‘In our country they are simply sent home, because “there is still no medicine”.’ Over time, Olga realised that everything she and her family could and would do would be on a systemic level; that is, not only for Gordey, but also for other boys with DMD. On June 15, 2020 Olga registered the Gordey Foundation, aimed at developing systemic assistance for such families.

‘It turned out that our family had nearly all the necessary competencies to create the foundation,’ says Olga. ‘I am a psychologist, so I do all the work related to psychological support. My mother, Tatyana Gremyakova, is a doctor of medical sciences, so she has influence within the medical community and heads the medical issues in the foundation. My older brother Andrey, graduate of the Faculty of Chemistry of Moscow State University, heads the Biotech area for the foundation.’ 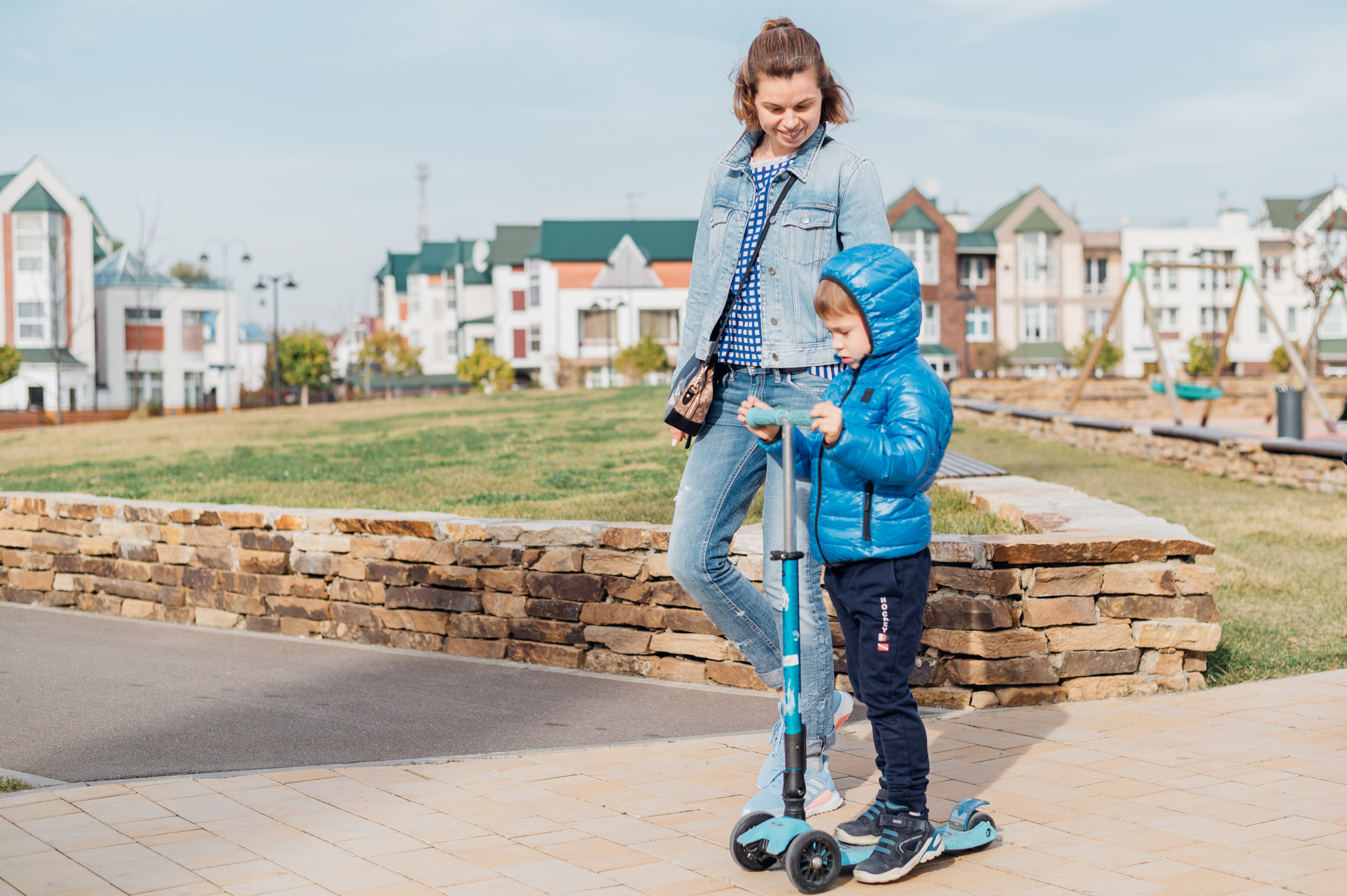 Quite coincidentally, and independently from each other, both Olga and her mother came to the third sector long before they became aware of Gordey’s condition. Olga worked in the charity sector between periods of maternity leave; she launched a programme for the development of third sector leaders, PRONKO_2.0. After Gordey’s birth, Tatyana, Olga’s mother, a microbiologist, also felt an inner drive to work in charity. While working as a medical consultant in the Vera Hospice Charity, she even learned about boys with Duchenne disease, although she saw them at much later stages … Getting to know the third sector became very important for the subsequent work of the foundation. Trustees now include Tatiana Konstantinova, Executive Director of the Deaf-Blind Support Foundation ‘Soedinenie’ (Connection);  Elena Mescheryakova, President of the ‘Fragile People’ Foundation; and Olga Germanenko, President of the ‘SMA families’ Foundation.

‘This is great support for us; our trustees use their social capital, support, and direct influence,’ says Olga.

The abundance of serious medical competence suggested that the Gordey Foundation would focus on the development of a system for medical care and raising public awareness of the disease. There are several organisations working in this nosology in the third sector. The first was the Nadezhda Russian Rheumatological Association, established in the 1990s. For the last five years, the MyMio foundation has been providing help and support to children with Duchenne and their families. In addition, several years ago an information project www.redballoons.ru was established, aimed at informing people about this disease. It was created by the parents of a boy called Misha, Natalya and Anatoly Kislyuk (by the way, also an HSE University graduate!). Tatyana and Olga Gremyakova decided to strengthen the systemic work.

‘There are grounds to believe that even the diagnosis is not always carried out correctly, not to mention a lack of access to modern medical care, rehabilitation, and social support,’ says Olga. ‘Combining all the registers, we can find no more than 1,500 boys with Duchenne, when statistically there should be about 4,000. Where are all these invisible people? One of the goals of our foundation is to identify these boys, to make them visible. Another task is to support and educate. There are ways to enable the boys to walk longer and feel better. We should know about them and promote them.’

Making Duchenne boys visible to the medical care system is also important in light of the imminent revolution in the treatment of Duchenne. The fact is that there is hope for a treatment for this disease, and it is very real. Just as a drug for spinal muscular atrophy (SMA) — a somewhat similar and also previously incurable disease — appeared just a few years ago, there is now a drug for Duchenne muscular dystrophy that is being developed. Pfizer, Solid, and Sarepta are conducting medical trials of new drugs. They are essentially adeno-associating viral therapies: a specially selected viral vector is seeded with an ‘instruction’ for the production of dystrophin, a protein which is not produced in boys with Duchenne. This virus enters a cell and causes it to produce a truncated version of the dystrophin protein. In this way, the muscle membranes are better preserved, and the muscles aren’t broken down as quickly. The task of parents and doctors is to keep the boys in the best possible shape so that they can be ‘supported’ until the therapy starts. For various reasons, not everyone will be able to receive it, but it is very important to ensure a child with Duchenne moves and feels well. Daily stretching, swimming (if there is access to a pool), regular rehabilitation and check-ups together with medication help to keep our boys healthy. 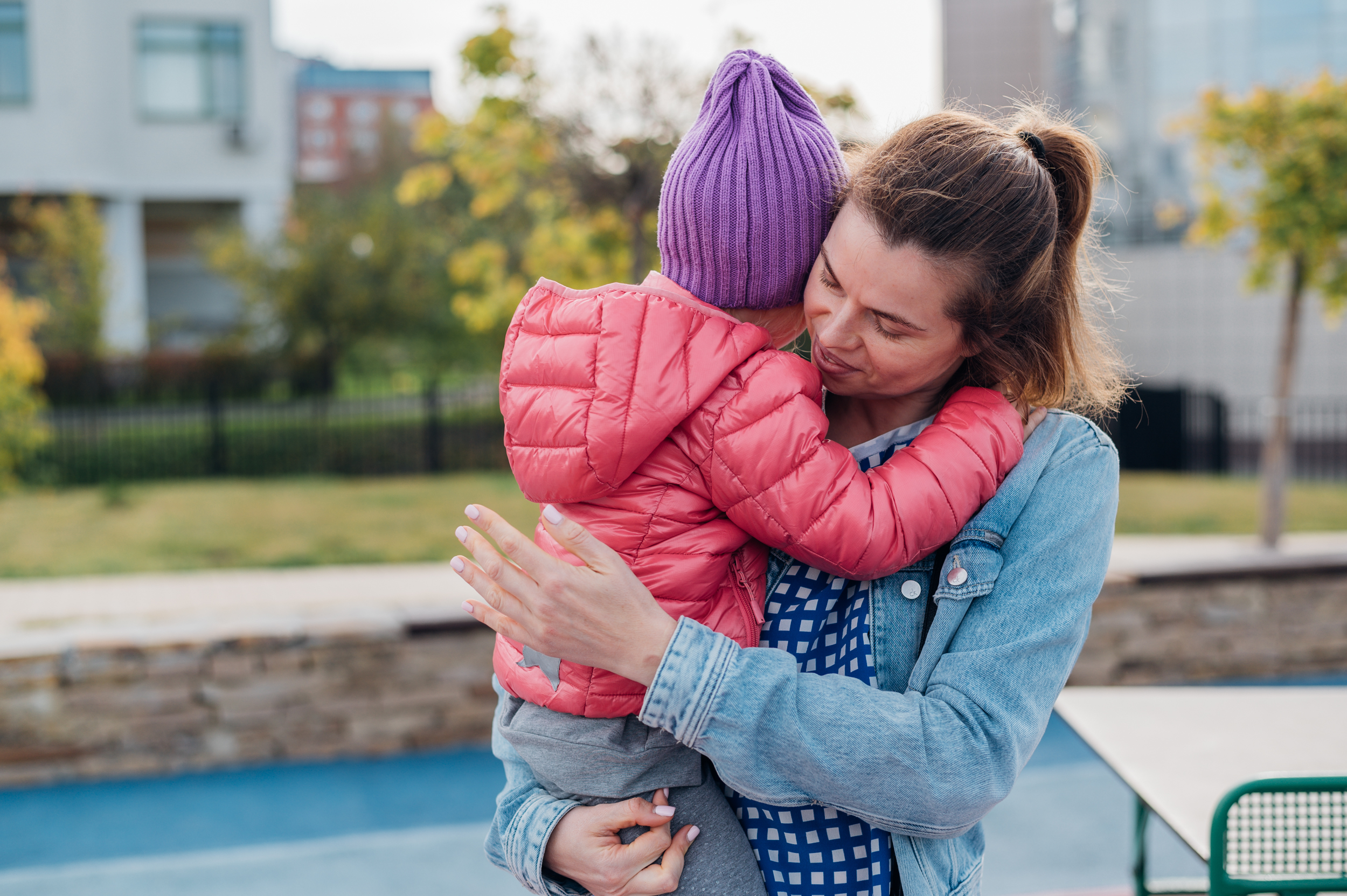 'When we started working on this issue, we came to understand that the disease is also extremely hard on parents, and, in order to help the children, we also needed to support the adults,’ says Olga. ‘If we want to develop a community that has a voice and will be able to negotiate and influence what is happening in the country in terms of the disease, we have to be strong. The struggle is exhausting. At the beginning of October our foundation announced the launch of the ‘Respite’ programme. This provides counselling and support for families of children with this disease: individual consultations, groups for mothers, fathers and couples, and in the future there will be groups for teenage boys with Duchenne and doctors. In general, our task is to change the system. Our motto is “Together we are stronger than Duchenne”. I truly believe we are.’

Click here to learn about the foundation and support it.

Author: Ekaterina Drankina, October 13, 2020
All texts by
HSE People
Spotlight
Life Style
The Moscow Metro Is Not Just a Simple Means of Transport

Dr. Hyungjun Suh shares his ideas on what makes the Moscow metro special

HSE People
‘My Apartment Became the Headquarters of My Research’