Music as Driver for Research

This November, Jorge Luis Méndez Martínez, Research Assistant at the HSE International Laboratory for Logic, Linguistics and Formal Philosophy presented his report on Acoustic Mereotopolgy at the research seminar ‘From the Logical Point of View’. HSE News Service has talked to Mr Méndez Martínez about his research interests and living and working in Moscow.

Jorge Luis Méndez Martínez started working in the International Laboratory of Logics, Linguistics and Formal Philosophy during his years as a graduate student at HSE University. Professor Elena Dragalina-Chernaya, the head of the laboratory, who was his supervisor at the moment, invited him to collaborate—Jorge was offered an opportunity to continue his relationship with HSE as an affiliate researcher. He is currently working towards his PhD and plans to defend his thesis next year. 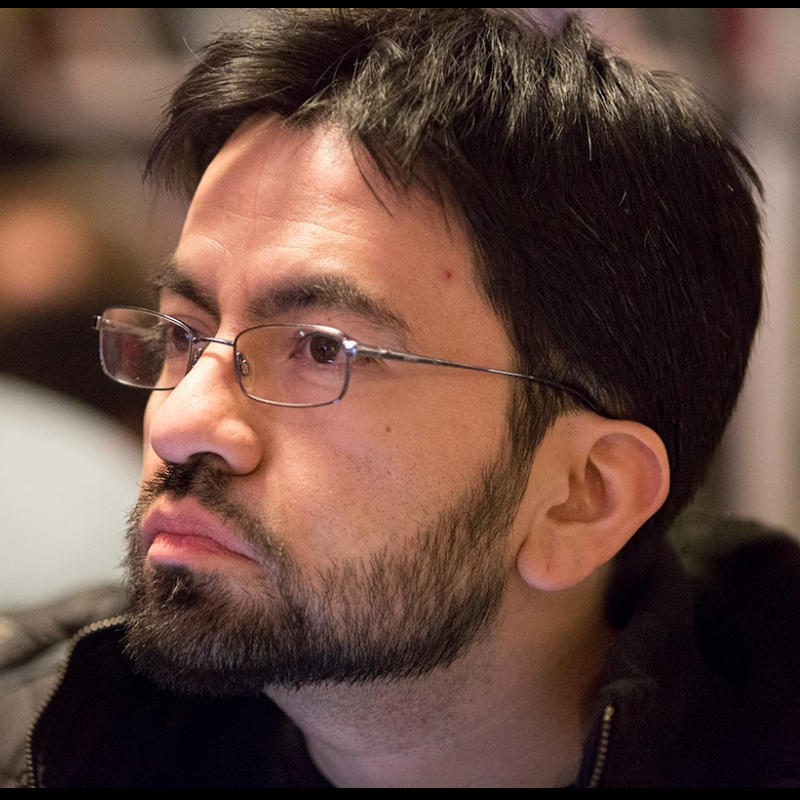 I am an analytic philosopher and I do metaphysics. The topic I’ve been working on for the last years has been sound. I’ve tried to cover this issue philosophically from different angles: ontology, phenomenology, epistemology and logic. The one I did my report on was particularly in logic.

The expression “logic of sound” can be understood in several ways. On the one hand, it can be addressed as a formal adequacy or representation, by notational means, of the phenomenon of sound. On the other hand, it can be understood as the use of sound in order to depict logical relations, instead of conveying formulae graphically or by conventional symbols. The latter is what I call “the instrumental approach”, because its usage of sound as a tool, as an instrument.

The instrumental approach is fairly uncommon either in philosophy, logic or other disciplines. To my knowledge, there is only one author working on “acoustic diagrams” in this direction: Ahti-Veikko Pietarinen, who is my current scientific advisor.

The most at hand examples we have in order to depict logical relations with sound are to be found in music, especially in music theory. Some music theorists like Allan Forte, for instance, were concerned with the structure of atonal music and composers like Schoenberg. Serialism and polyrhythms are of interest as well, and there were nice representatives of those movements in the Soviet Union and Russia, like Schnittke or Stravinsky.

Logicians on the other hand have been less selective in a particular kind of music, since the goal is to start with simple things. Personally, I do not focus on a particular music either. However, in my research I’ve used cases of composers like Nikita Koshkin or Firanghiz Ali-Zadeh as examples.

I’m also a classical guitarist, and this research has given me the opportunity of building bridges between some personal interests. I usually use my guitar in my reports.

My closest collaboration has been with Elena Dragalina- Chernaya because she knows well my research and my interests. She has been working in the logical relations of colours for several years already and we encounter many similarities and “mirrorings” in our inquiries.

I have also exchanged ideas with Mikhail Smirnov, also a research assistant in our Laboratory in the area of metaphysics, whose main focus is on semantics and events. There is an interesting overlap between our interests in the discussion of events, because some authors consider sounds to be ‘events’ of a particular kind.

I am currently working on two papers. One is a historical perspective in the philosophy of sounds. The second is on the logic of sound and the problem of logical negation. I will continue working on this topic because there are many paths yet unexplored.

My favourite aspect of living in Russia has been travelling. I think the Russian Federation is a very diverse an interesting place. I have been to several places already, in places as different as Grozny, Ulan-Ude, Voronezh, Kostroma, Cheboksary, Omsk or Khakassia, to name a few. Knowing Russian has helped a lot, and on the other hand travelling has improved my language skills.

My time in Russia, in general, and in Moscow, in particular, was definitely one of the best experiences in my life. I think it was a very good decision to come here, especially to HSE University, given the opportunities it gave me.

Moscow in particular is a very active city in a cultural sense. Very often, I went to concerts and cultural events. I also like to explore the city. There are certain things I actively look for: libraries (my favourite is of course “Leninka”); parks (my favourite is Kolomensky Park); musical venues (not surprisingly, my favourite is Tchaikovsky hall); and places to eat (my favourites are an Armenian Cafe in Baumanskaya and a Tadjik Chaikhona in Tyoply Stan).

My favourite areas are Baumanskaya and Tyoply Stan. In particular, I like Tyoply Stan because of its cultural diversity (although it also has a huge green area worth visiting). This has especial significance for me.

One of the best experiences I had in Russia was volunteering in a project with refugee kids from several places, including Congo, Afghanistan, and Syria and through them I also learned how harsh it could be to live in a huge city like Moscow.

Finally, the life in the University has been also very good, since the facilities are well equipped and you can really work there. The concerts organised by the HSE Centre of Music Projects were vital for me (as you can guess by now I’m a music lover).