On March 24, 2021, the newly elected student council met with Rector Yaroslav Kuzminov and other members of the university administration. The agenda included student project teams, financial support, and development of university venues. Below, we outline the key points of the discussion. 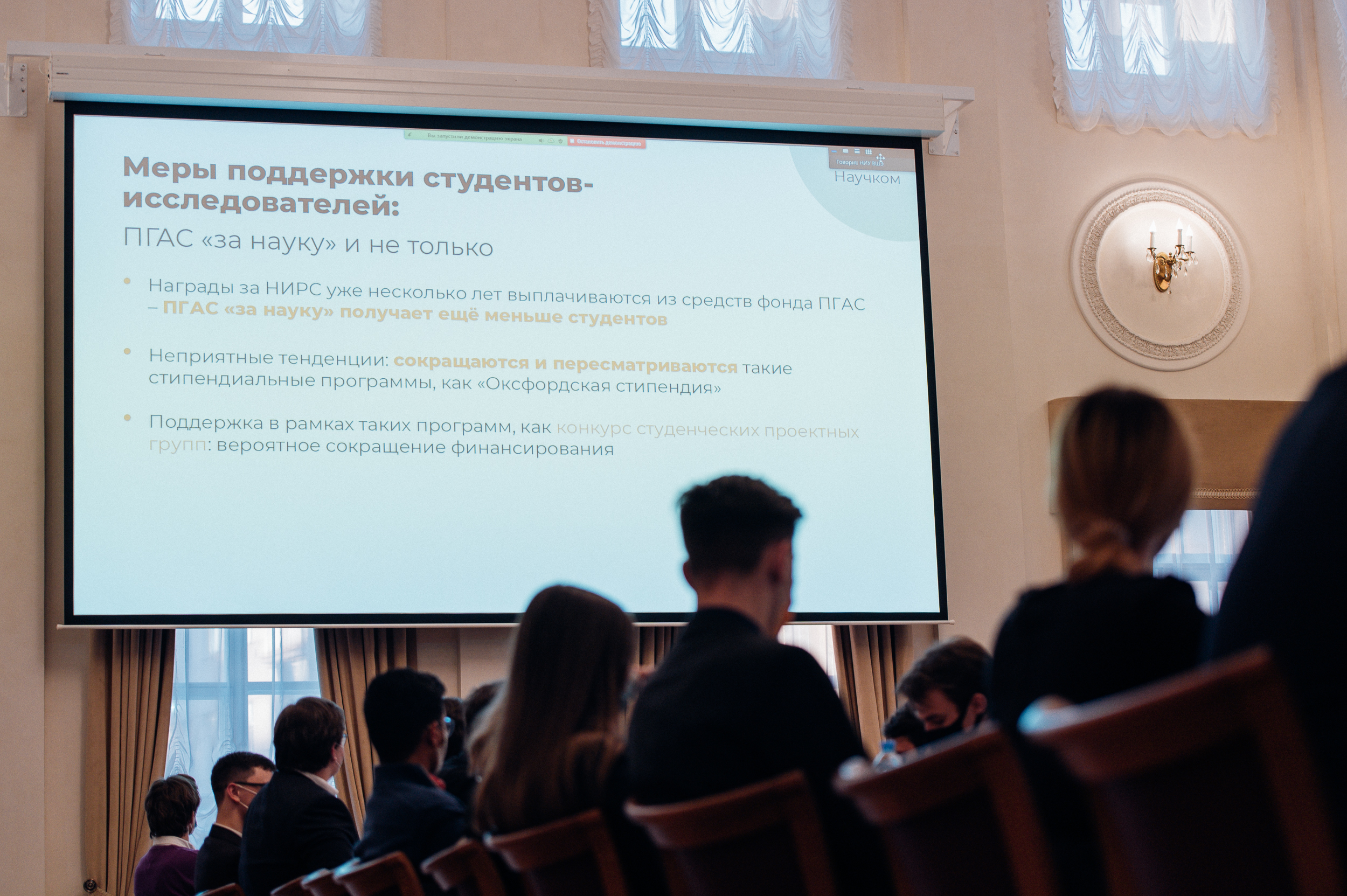 The committees suggested working to reduce discrepancies in student assessment between departments, and they proposed regulating scholarship assignments and the scholarship fund structure.

The rector agreed with the students, but mentioned that PGAS should not be the main mechanism of financial support for students who are involved in research. The University is supposed to use its own tools, such as employment at HSE University and support via the Research Fund and the Endowment. 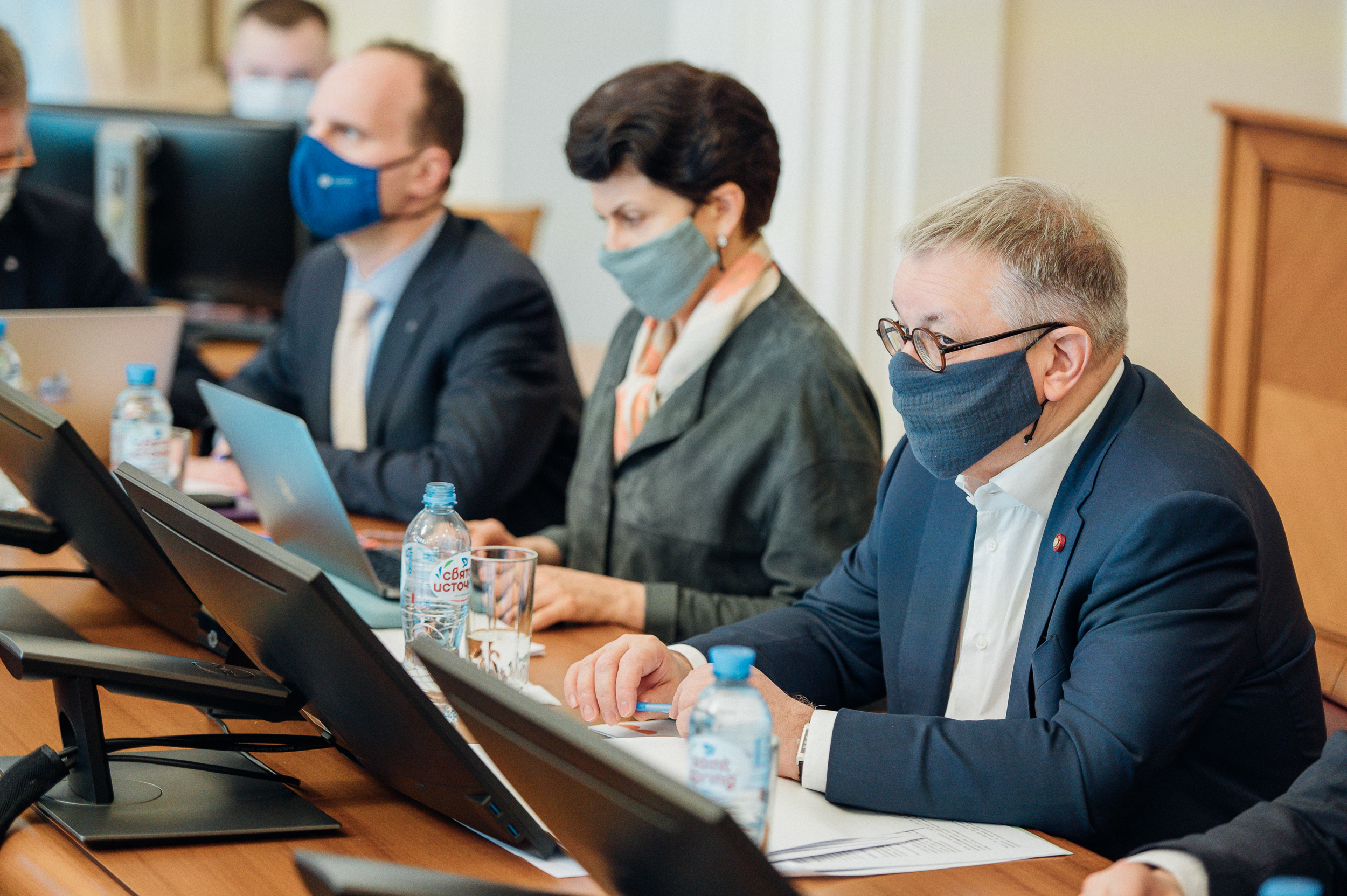 He said that today, 67% of students who receive PGAS are employed by HSE University, with 98% of those students working at the University’s research departments. He also noted the growing combined Master’s-PhD track, which accepted 50 master’s and doctoral students this academic year.

The rector said that in 2022, the University will allocate funds for guaranteed scholarships for the Student Research Paper Competition winners (1st place), in the amount of a 20,000-rouble monthly stipend. This will allow students to be less dependent on the amount of the increased state scholarship.

At the same time, together with other universities, HSE University will ask the government to increase the scholarship budget. The problem of financial support for students is experienced not only by HSE: it is a common trend of the recent years, and today’s budget is 40% underfunded.

As a result of the discussion, it was decided to create a working group to solve this problem and prevent grade inflation.

The HSE University 2030 Development Programme includes the transition to project-based learning, so the issue remains among the most relevant. The Student Council noticed problems with the development of student project teams. These problems include the search of like-minded people for joint projects, an overloaded information field, and the need to create a branched system of motivation. 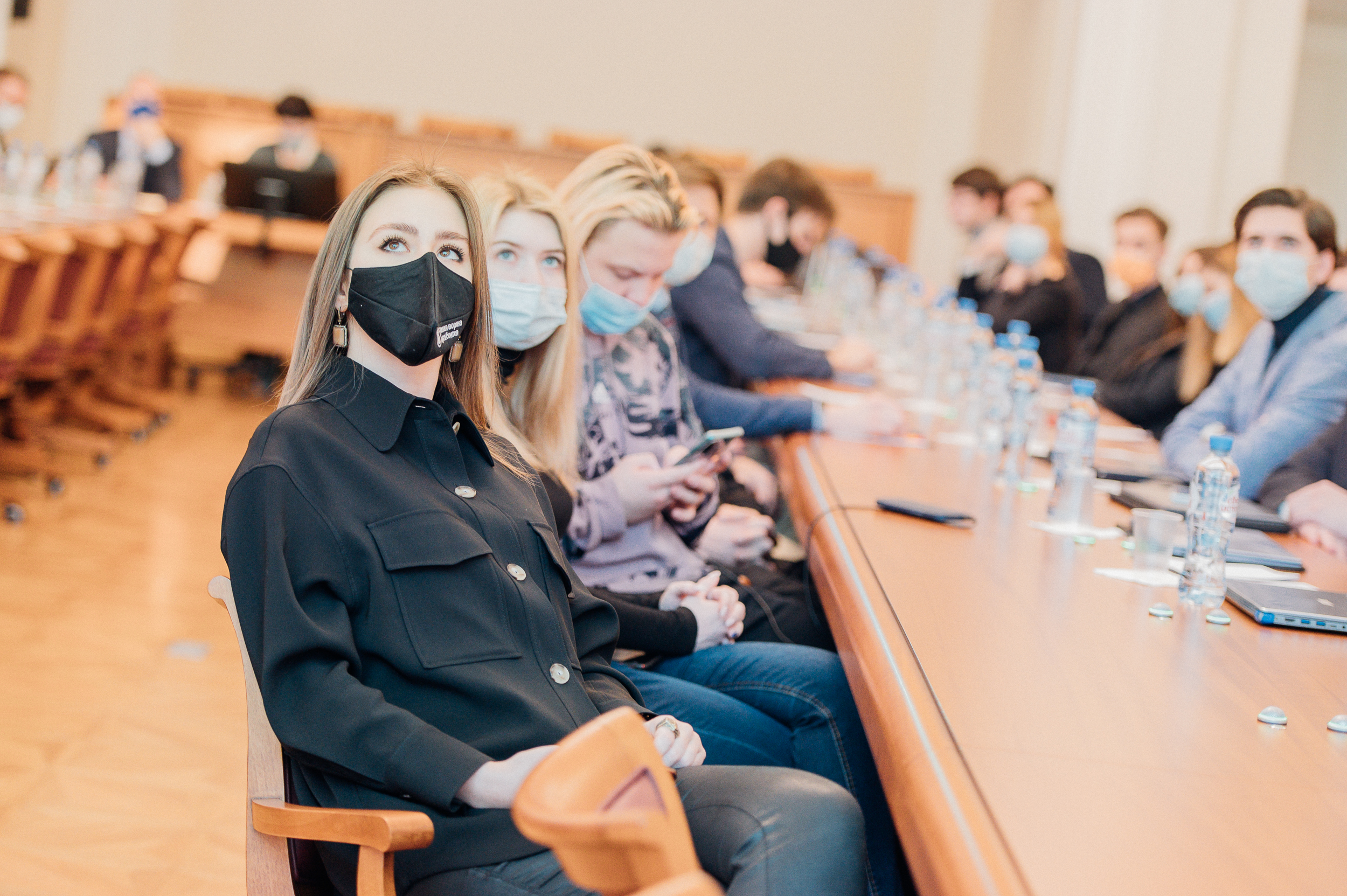 Following the discussion, the rector emphasized the need to create a clearer roadmap and a single system in which students can find partners and learn about projects. Information support of project work is also essential, and the Student Council may serve as the integrator in this process.

The Student Council raised the topic of further development of venues on campus and student involvement in infrastructure-related decisions. 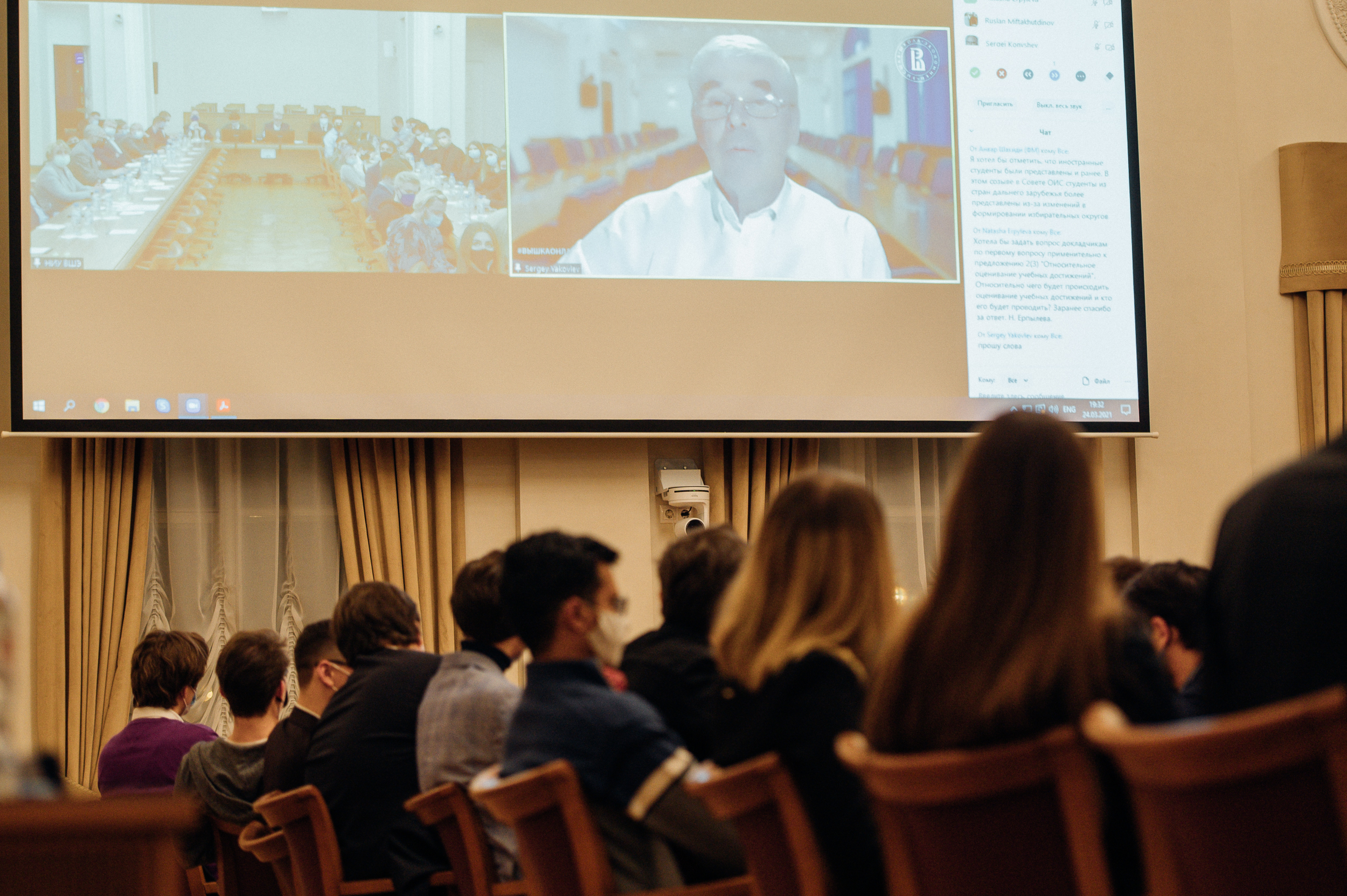 HSE University aims to create a student-oriented campus, and it is already collaborating with students on this issue. It is necessary to conduct regular surveys about student satisfaction with the campus, and to discuss the design projects together.

The rector said that the University is working on developing its shared spaces. For example, it has renovated the Pokrovka table tennis hall, which was painted by HSE Art and Design School alumna Olga Terekhova, and in April, playrooms for kids are opening at two university buildings. 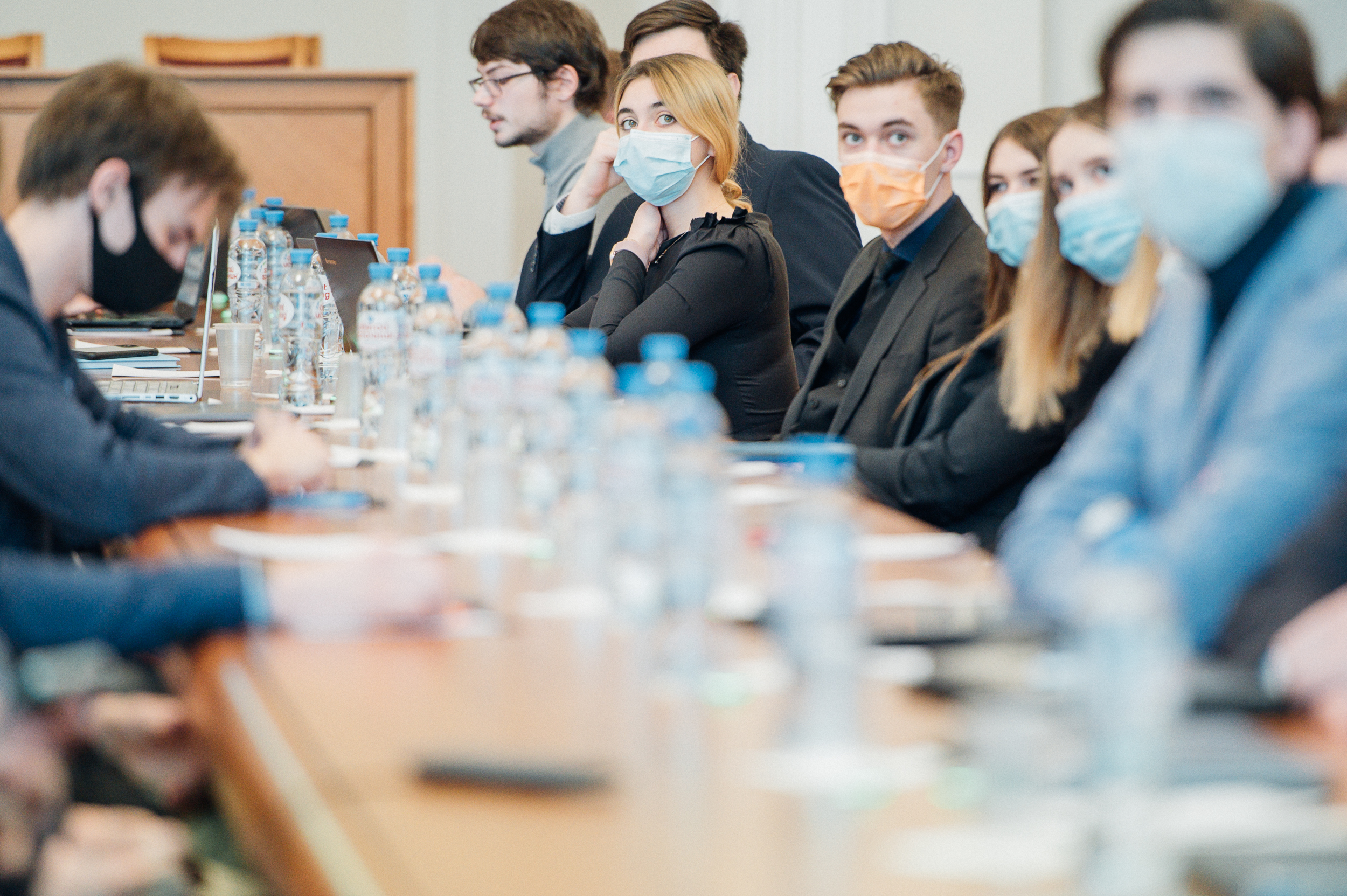 ‘Universities are experiencing a revolution when it comes to campus spaces: libraries are dying, while co-working spaces and quiet rooms are replacing them. We have to tackle the issue of the lack of places for independent work and leisure,’ Rector Kuzminov said.

The Student Council also brought up the issue of international students’ learning.

Today, 2,720 international students are located outside Russia. ‘We are still in the situation of uncertainty; we don’t know how the pandemic will develop in our country and abroad. We can’t yet make any forecasts in terms of the border re-opening,’ Vice Rector Ivan Prostakov said and added that HSE University is doing everything it can to keep the students informed and facilitate their studies.

Some recent social media posts about harassment were among the issues on the agenda. The rector said that the HSE community has profoundly expressed its negative attitude towards inappropriate relations between teachers and students in its Code of Conduct for HSE University Academic Staff. But since the University is attentive to such relevant problems and issues, which are discussed in the public sphere, the university administration will devote particular attention to the issue and further investigate it together with the student community. 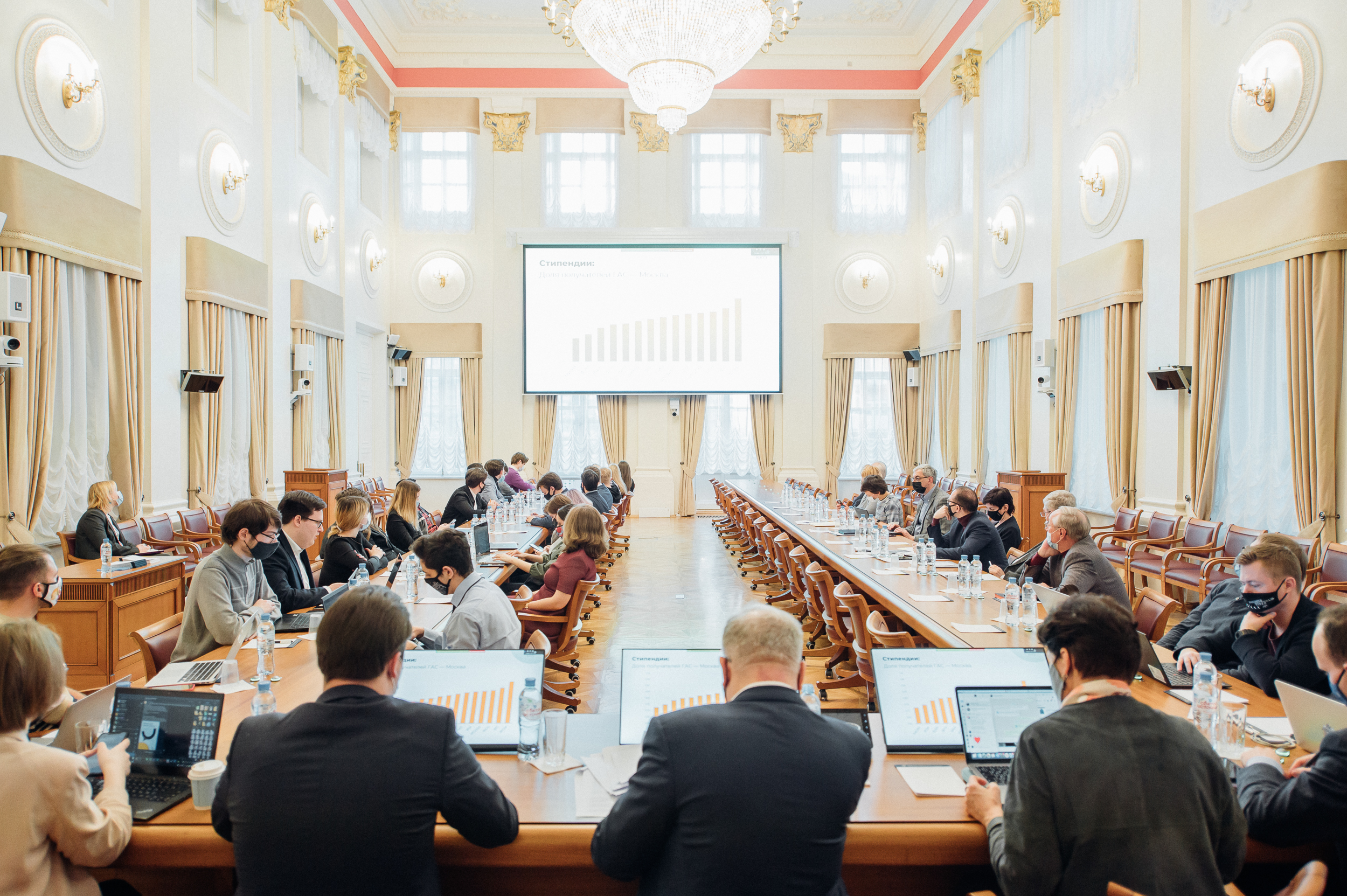 Events
Offline Concert of the Centre of Music Projects: The Borodin Quartet

The first offline concert this year will be on May 14.

The project was awarded in ‘Education’, ‘Best User Experience’ and ‘E-Learning’ categories