The HSE Art Gallery will hold a collective exhibition presenting the works of 60 artists, including students and instructors of the HSE Art and Design School, as well as independent artists. The exhibition is a total installation: something like a hospitable residential building entrance or a cluttered apartment, full of artistic works, where drawings, sculptures, videos, photography, and paintings reconsider the post-Soviet space.

The exhibition is the result of an open call, which invited artists to consider the ‘hauntology’ of the spaces around us. The term ‘hauntology’ (from the word ‘haunt’) was coined in view of the term ‘ontology’ — the science of being — and describes the special form of being of a spectre as an entity that is neither alive (existing), nor dead (having once existed). The curators, Alexandra Kuznetsova and Sofia Afanasieva, referred participants to Jacques Derrida’s text Spectres of Marx and suggested that they study post-Soviet spaces – both public and private – from the country at large, to its cities and streets, to standardized apartment buildings and communal flats, to dachas and villages — for phantom phenomena that impact our existence. The artists responded in varied forms, including drawings, paintings, installations, and videos. The curators, who also had a research goal, identified several key types of hauntology in the artistic works. 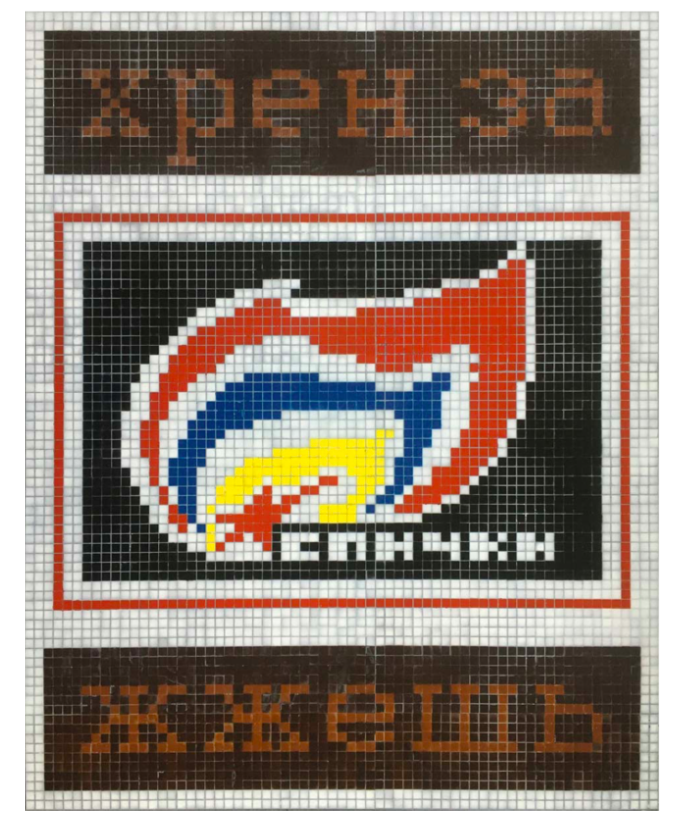 Many artists found themselves enchanted by the spaces inherited from the previous era and treated them as something to document or as a kind of integral decoration for current-day events. Industrial zones, garages, panel apartment buildings, and residential building entrances served as subjects for the artists’ special attention and a variety of attitudes, from nostalgia and admiration to disgust. For example, in Sergey Kozlikin’s and Anastasia Ilikpaeva’s paintings, a city, no matter its shabbiness, is a cosy, kind, and warm world. In Yulia Starodubtseva’s work, the panel buildings that now set everyone’s teeth on edge are depicted on a punching bag, thereby inviting the viewer to enter into a doomed punching battle with them.

Some of the artists treat the spaces as places of personal memory, family stories, and nostalgia. In Katya Egorova’s installation, the ghost in question is a Christmas tree, which is covered by a sheet and then disappears. In Ekaterina Finkenstein’s piece, typical holiday flags become canvases for memories of a past childhood.

The most complicated block of works includes a project related to ideological ghosts and images in surrounding spaces. Here, the artists’ views are sharp and critical of what they see. HSE Art and Design School instructors and artists Maria Cheloyants and Katya Sivers found the endlessly reproduced image of the Three Bogatyrs by Viktor Vasnetsov to be a spectre. They disembody the propaganda and ideological image, which encoded the epic story in the Soviet era, and re-build a one-image museum together with the students.

Works of the exhibition that attempt to record or generate various types of mystical phenomena and psychedelic experiences related to different spaces comprise a particularly important group of pieces. Here, the artists literally record and demonstrate different phantoms. In Konstantin Adzher’s painting, the renowned subject of Alexander Gerasimov’s painting becomes a psychedelic trip to a parallel reality.

A segment of works examines ruins and utopias. They depict specific places, districts, types of buildings, and even entire towns that are disappearing along with the Soviet era, yet are still present within close proximity of us. These places continue to attract artists, both with their aesthetics of destruction, and as markers of unkept promises and unrealized utopias.

The exhibition is a graduation project by fourth-year undergraduate student of Design and Contemporary Art Sofia Afanasieva co-authored with her academic supervisor, Alexandra Kuznetsova. When preparing the project, they created a visual study, ‘Hauntology in Post-Soviet Art’ — a book that reviews projects by contemporary Russian artists that can be interpreted as part of this subject field. The book is part of the graduation project and will be presented at the exhibition. In addition to the exposition at the gallery, the exhibition includes an online component with photos, videos, games, and web projects.

Over 60 artists participated in the exhibition, including HSE Art and Design School students and instructors, as well as independent authors. 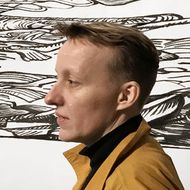 Academic supervisor of the undergraduate programme in Design, HSE Art and Design School; artist; teacher; regular participant of Russian and international exhibitions and biennales of contemporary art, including collective and personal exhibitions at Tretyakov Gallery, MMOMA, Manezh, the Ekaterina Fund, and the Kampala Art Biennale; laureate of the Super Short Film Festival in Moscow and the 1 Minutto Festival in Brazil. 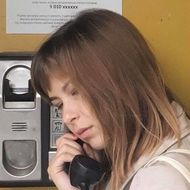 Sound and visual artist; fourth-year student of Design and Contemporary Art. In her artistic work, Sofia studies the correlation of personal and collective memory, and the way memories are created. The focus of her research is re-thinking the past in contemporary culture. This exhibition is her graduation project as part of the undergraduate programme at HSE Art and Design School.

The HSE Art and Design School is part of one of the youngest Russian universities, HSE University, which ranks among the world’s 40 best young universities and is the best Russian university in the subject of Art & Design in the 2021 international ranking QS rankings. Over 2,700 students are enrolled in undergraduate, master’s, doctoral, and continuing education programmes offered by the Art and Design School. The School also offers courses for children in over 15 areas.

The HSE Art Gallery, a contemporary arts gallery, is part of the HSE Art and Design School in Moscow. It brings together works by renowned contemporary artists and students alike. The gallery team invites both instructors of the School and independent curators to participate in the organization of exhibitions, as well as professionals from Moscow’s leading cultural institutions.

The programme in Design and Contemporary Art is aimed at training artists in the classical sense of the profession as well as experimental artists engaged in contemporary art, working in particular with multimedia and mixed-media projects. The programme curriculum includes work with objects, installations, performance art, video art, and other artistic media, as well as the study of graphic and multimedia technologies in a project-based format. Students also master a wide range of theoretical disciplines.

April 27
Events
Spotlight
Officially
We Can Beat This Together. Get Vaccinated Now on Campus

What will change for students who live there now