Russian and English Literature Go Together

Mark Taylor and Susanna Witt speak on their research, teaching and life in Moscow

Photo by Patrick Tomasso on Unsplash

HSE School of Philology has a strong team of international experts from across the globe. We spoke with Mark Taylor, Assistant Professor in English Literature and Susanna Witt, a Leading Research Fellow about their research, teaching and life in Moscow.

Mark Taylor from UK prior to his PhD lived in Moscow for a few years, teaching English as a Foreign Language.  He started working at HSE in 2016. Mark says that ‘With HSE, I was able to join a fast-growing, fast-developing university. Joining a newer school in the School of Philology, I've had opportunities I wouldn't necessarily have had elsewhere at this stage of my career - including, for example, redesigning the syllabus for the main undergraduate English Literature course. It's been a pleasure and an honour to be trusted with that kind of responsibility’.

Susanna Witt who is an Associate professor, Senior lecturer in Russian at the Department of Slavic and Baltic Languages of Stockholm University joined HSE School of Philology in 2019 because as she says ‘I was invited to join HSE as a Leading Research Fellow to collaborate with colleges at the School of Philology who work on projects within my immediate field of interest — Russian history of translation and translation theory.' 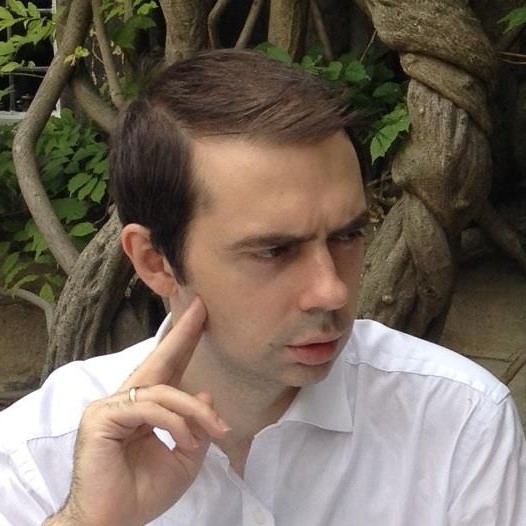 The connections between humanity and the environment are still at the centre of what I do. Something I'm particularly interested in is how science's changing understanding of the word feeds into literature—for example, how does literary representation of human character change in the nineteenth century when the theory of evolution appears?

At present, I'm coming to the end of a book project which looks at parapsychology in literature. At the beginning of the twentieth century a body of scientific research was (mistakenly, of course) making things like telepathy and clairvoyance seem real—a lot people were convinced, including many celebrated writers. I'm interested in how that affects the way they write about the connection between people.

Generally, there's a lot to explore in looking at how people have reacted to what we now think of as bad science. The inspiration for new understanding can sometimes be a misunderstanding

I have a lot of great exchanges with students. Novels, plays, literature in general, are such complex things, that class discussion can always bring up new understandings and new connections for me as well as for students.

At its heart, literature is a skills subject: nobody has the final answer to what a novel or poem means - there's always room for new interpretations. The main thing I want to do is to provide tools for students to develop their own analytical skills, to break down what's being said in any text beneath the surface

I'm also interested in developing argumentative skills - it's no good having an insightful analysis if you can't explain it clearly. I think both of those skills have a lot of value today beyond literature, in life and in work.

In my Master's course on Literature and Science, we look at a short story by E. M. Forster called 'The Machine Stops.' It describes a society where people all live in individual rooms, never meeting physically, communicating only through video calls.

As you can imagine, discussing that over Zoom felt very odd. It was published over a hundred years ago, but spoke so much to the world we were living in. It was a great example of the power of literary speculation.

Susanna Witt focuses largely on Russian translation history and specifically on the formation of a translational canon during Soviet times. 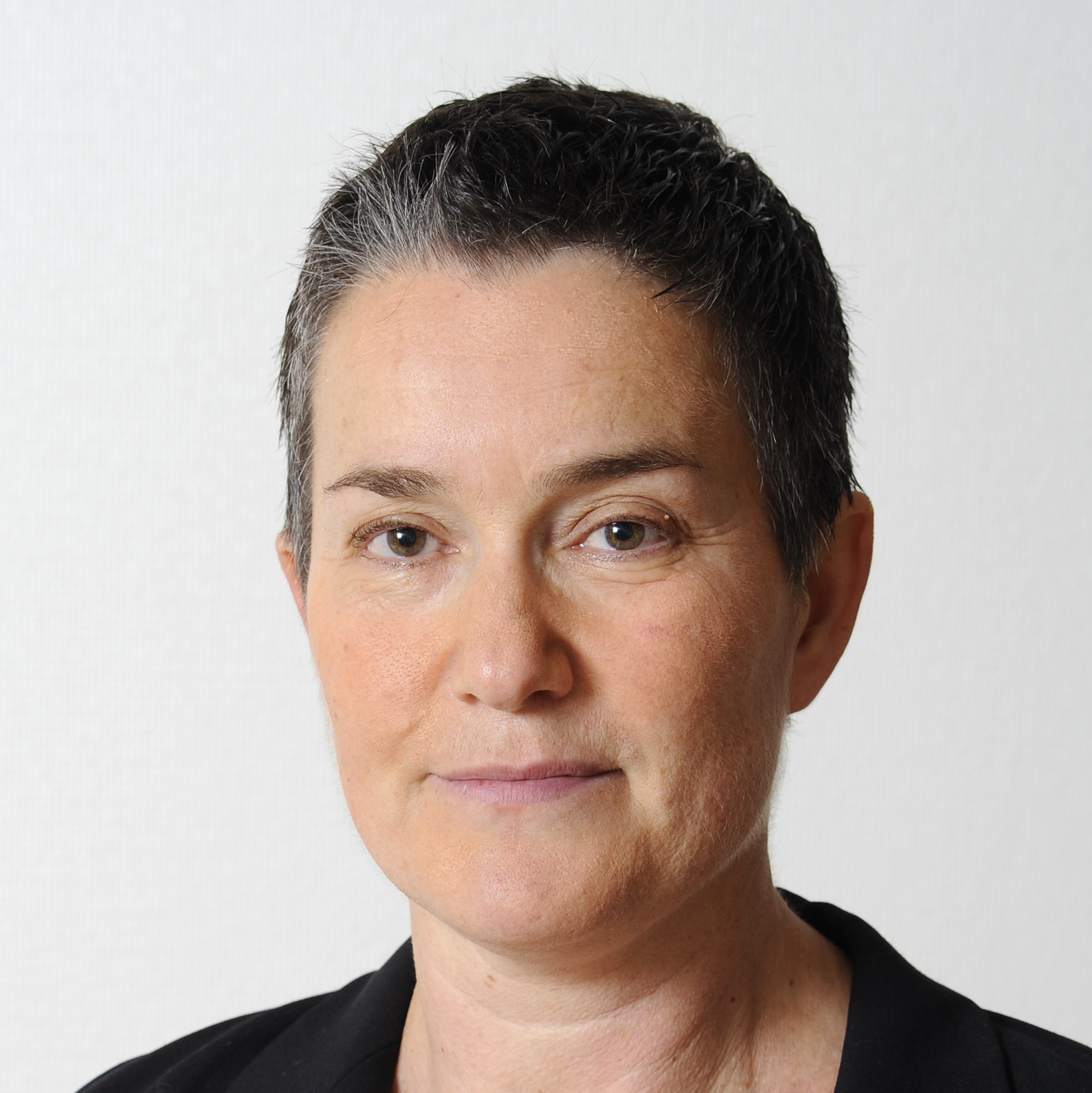 Here I have in mind not only the canon of literary works but also the translators chosen for their representation in Russian. An example of this research is my contribution to the fresh volume Khudozhestvenno-filologicheskii perevod 1920–1930x godov (ed. M.E. Baskina, Sankt-Peterburg: Nestor-Istoriia, 2021).  It is entitled 'Мэтр и метр: пятистопный вариант перевода «Дон Жуана» Г.А.Шенгели' and contextualizes my publication in the same volume of a manuscript fragment found in Shengeli’s archive.

Shengeli published a translation of Byron’s Don Juan in 1947 (substituting six-foot iambs for the original five-foot iambs) which became a topic of heavily ideologized debate during the early 1950s. Therefore, the pentameter variant, dated 1953, is of great scholarly interest. I am very grateful to the editor who managed to reproduce not only the fragment in question (including Dedication and Canto I) but also, on the same page, the English original text and the text of Shengeli’s published translation, which opens a field for further research.

My next publication (to appear this autumn) is a chapter in the book Translation under Communism (eds. A. Lange, D. Monticelli, Chr. Rundle, Palgrave-Macmillan), which is a sister volume to Rundle’s and Sturge’s pioneering Translation under Fascism ( 2010). The chapter is entitled ‘Translating Inferno: Mikhail Lozinskii, Dante and the Soviet Myth of the Translator’ and deals with the possible reasons and factors behind the canonical status acquired by Lozinskii’s translation of the Divine Comedy.

Very much in the pipeline is a book project on which I collaborate with Brian James Baer, who is also a Leading Research Fellow with HSE.  It is entitled ‘Thinking Translation in the Soviet Union: A History in Texts and Documents’. The idea here is to present important texts on translation theory produced in the Soviet Union from 1919 to 1955 in English translation with extensive commentary.

Places to See, Books to Read

Susanna Witt on what to read about Russia to feel more the Russian culture and traditions:

‘Literary works!  Any one of the classical works of Russian literature: Dostoevsky’s ‘Crime and Punishment’, Bulgakov’s ‘The Master and Margarita’, Akhmatova’s ‘Poem without a Hero’… From contemporary literature I would recommend some of the recent books that deals with historical memory, such as Sergei Lebedev’s ‘Oblivion’.

If I had friends visiting Moscow for three days, I'd naturally take them on a walk around the centre—show them Red Square, St. Basil's, the Kremlin, and so on. Maybe take them out to Tsaritsyno or VDNKh.

I might also want to take them on a trip to one of the historic cities near Moscow—Suzdal for example—but perhaps that means persuading them to stay for more than just three days’.

What will change for students who live there now

Till June 20, 2021 HSE students will have an opportunity to assess the quality of their teachers’ work.