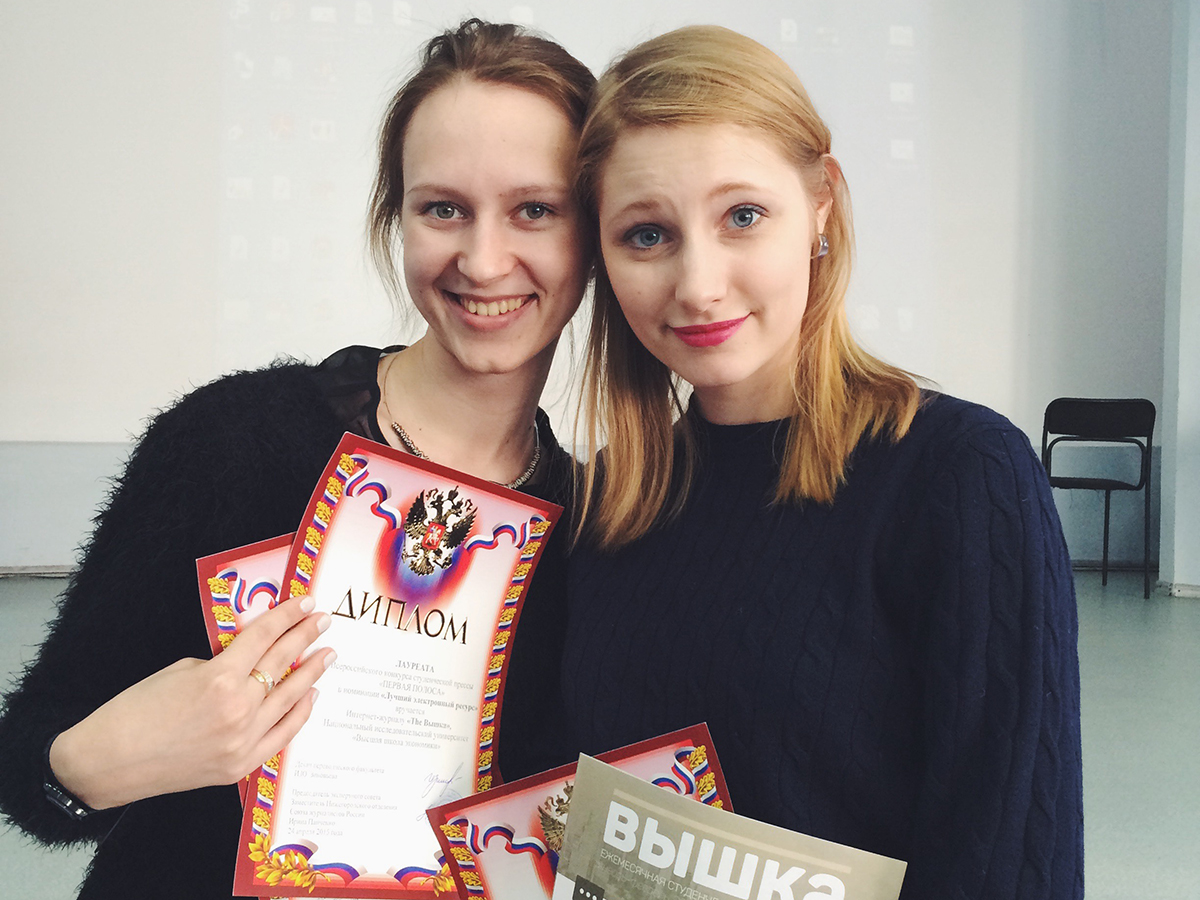 At the media competition Front Page in Nizhny Novgorod at the end of April, the student newspaper Vyshka and the website The Vyshka representing the Moscow HSE campus, took first place in three categories.

Each project had to make a spoken presentation about its media platform, its basic ideas, its team and competitive edge, as well as sending publications and reports to the competition. HSE won three out of the possible ten nominations. The Vyshka website (represented by its editor Polina Klenova-Lenskaya) won Best Internet Publication and Best Choice of Topics and the newspaper Vyshka (editor Karina Bolshenkova) won first place in the category Best Design.