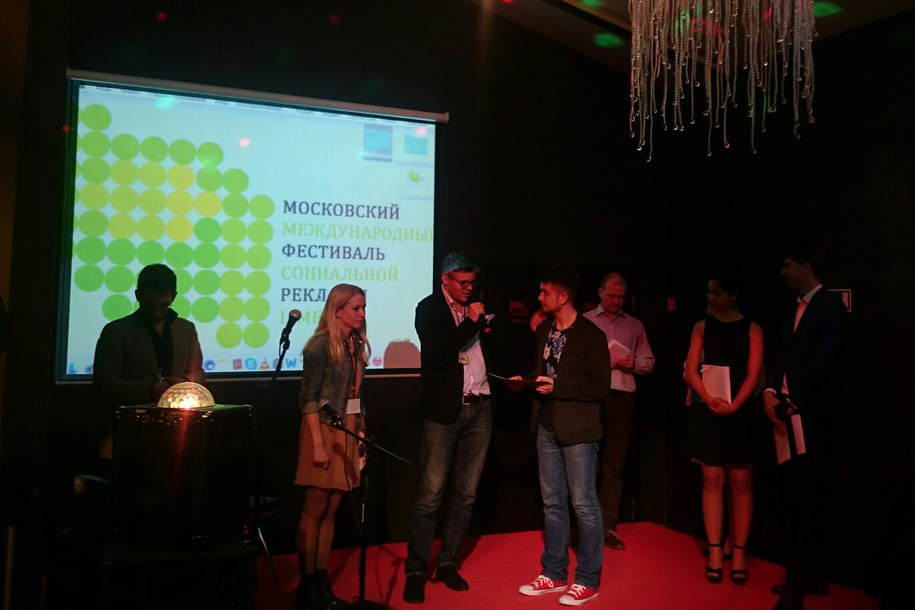 On 25th April 2015, the HSE students’ project Agents of Health Against Stroke took first place at a pitching session for non-commercial organisations at the Fifth Lime International Festival of Social Advertising in Moscow.

The project Agents of Health Against Stroke is about how to reduce the risk of stroke among Muscovites over the age of 40. In the two minutes allocated to participants, the team presented the jury with a recipe for health care with all the ‘ingredients, seasoning and packaging’.  The jury was made up of business people who can help the winners turn their project into a reality.

In his assessment of their presentation, Nikita Tikhonov-Rau, general director of the ArtVideo studio, director, producer and vice-president for distribution of the Guild of factual cinema and TV, remarked on the maturity, scale and potential for growth of the Agents of Health project, all of which made it a winner.

Olga Savelyeva, Professor at the HSE School of Integrated Communications, Doctor of Social Sciences, says that the Agents of Health project raised a very important issue for society as people are suffering strokes at an earlier age.

The Agents of Health took off at HSE in March this year and is currently taking on more students into the team. The main idea is that good health doesn’t come from wishing but from practical care. And the basic tasks are formulated around care. In mid May the project will be presented at the Ecology of the Brain Festival in Sokolniki Park. All are invited to join in the project. Either go to our facebook page together against stroke or send an email to the student group coordinator Lera Popova at riotessa@gmail.com.