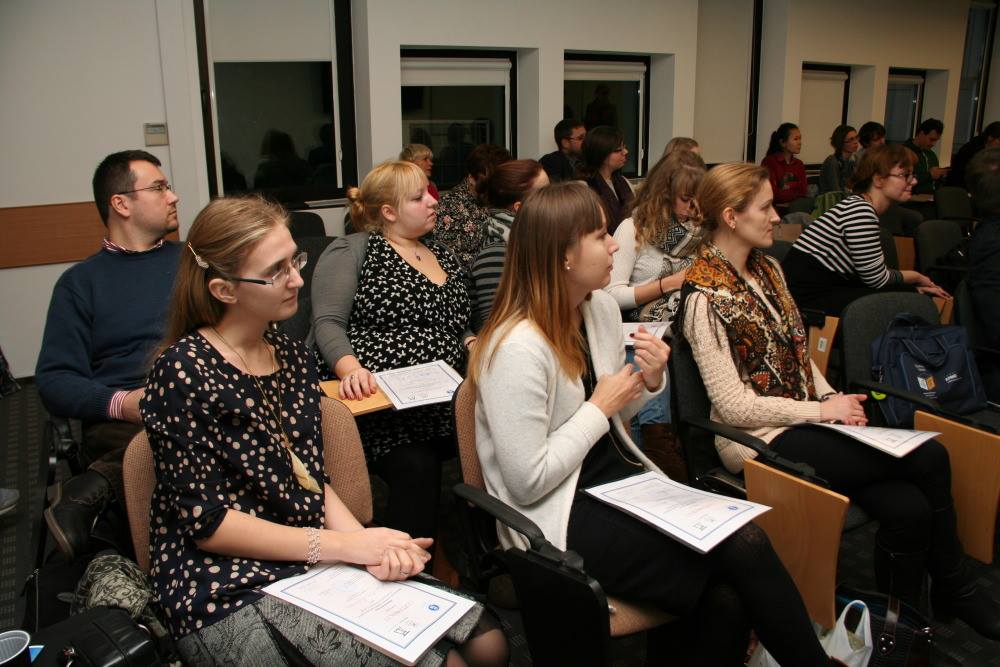 During the first week of December, she presented a report at the international school on philology and cross-cultural transfer in Europe (from antiquity to the early 21st century) held at the Faculty of Artes Liberales at the University of Warsaw.

Over the three days of the school, participants covered many areas, from ancient literature, chronicles, medieval sermons and texts in Hebrew and Yiddish to the adventures of Erast Fandorin and methods of teaching the theory and practice of translation. Such a wide range of topics in a variety of formats (lectures, workshops, discussions) enabled each speaker to find something relevant for his or her further research.

Bachelor’s, master’s and doctoral students as well as professors from Cologne, Astana, Warsaw, Moscow and Rostov-on-Don all took part in the event. The organisers managed to create an open and active academic environment. Such events can be very very useful for young researchers since while you are listening to your colleagues presenting reports in different languages, you learn about research traditions and methods in other countries and see your own research in a new way. Participation in such projects is an integral part of professional development for young researchers.

For Anastasia Preobrazhenskaya, a philologist engaged in pre-Petrine literature, Warsaw has always been a special place: the city libraries and archives with large book and manuscript collections together with numerous international projects make Warsaw the centre of Russian-Polish science. The University of Warsaw, and the Faculty of Artes Liberales in particular, is a platform for interaction between students and scientists from these countries. This joint project is a great example of strengthening academic cooperation between universities.

January 12, 2016
Research&Expertise international cooperation philology
HSE First-Year Student Participates in Russia-ASEAN Youth Summit
HSE Gears up for Staff and Student Conference: A Look Back at the University’s International Activities
Spotlight
News
‘We Showed That the World Can Be Adapted for Everyone Who Lives in It’