The International Conference “The Russian Far East: Regional and transnational perspectives (19th-21st cent.)”, organized by the International Laboratory “Russia’s Regions in Historical Perspective” in cooperation with the German Historical Institute Moscow, the Far Eastern Branch of the Russian Academy of Sciences, and Indiana University (USA), will be held on March 28-31 in a remote format. 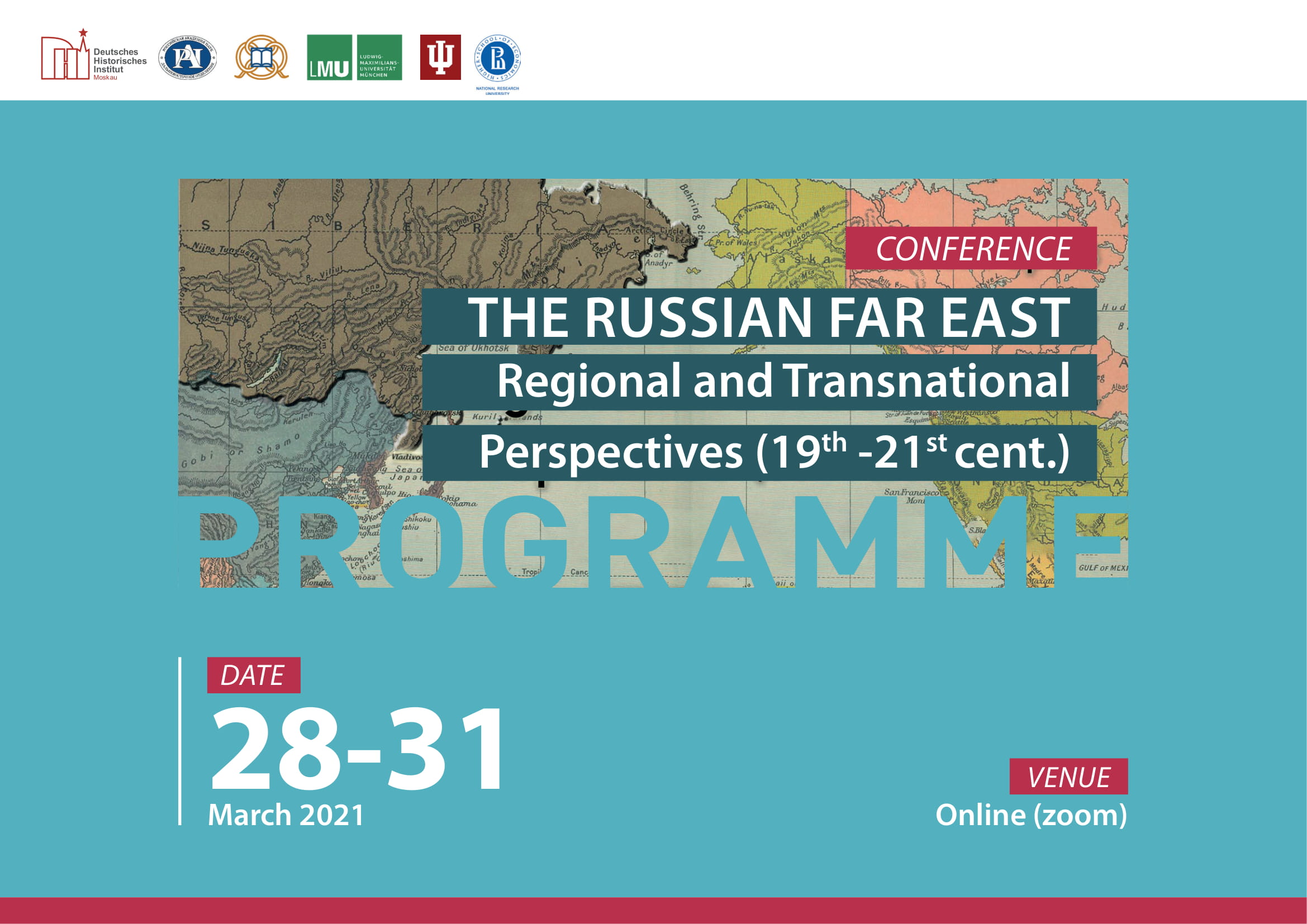 Throughout its history, the Russian Far East has had many faces. It was a springboard to the Pacific for the Tsarist empire, a global hub to-be, a magnet for migrants and a sealed-off, militarized borderland. This conference seeks to explore the region’s connection in the Asia-Pacific region, its functions and the diverse identities of its inhabitants and neighbours. To what extent – and from when on – has it been possible to speak of a Russian Far Eastern identity and/or society? What have been its defining traits and sub-forms? To what extent has it been influenced by settlers of various nationalities and to what extent by the regions´ various Pacific neighbour states – through trade, investment, labour migration, scientific and environmental cooperation, transfer of goods and ideas? How have regional identities been shaped by developments in the political centres in St. Petersburg and Moscow?

Please, fill in the registration form for participating in the event.