On 19 and 20 June 2008, the final conference of the EU KLEMS project on “Productivity in the European Union: A Comparative Industry Approach” was held at the University of Groningen (the Netherlands). The conference marked the completion of a 4 year research project by a consortium of 16 research institutions across Europe, having led to the creation of a large database on growth and productivity accounts at industry level for individual EU member states, various EU aggregates, Japan and the United States.

Unlike a number of previous KLEMS conferences, which focused on the methodological issues of building a consistent scorecard, this meeting was devoted to meaningful results based on the EU KLEMS database. The conference discussed the impact of various factors on productivity, according to individual country data and taking into account cross-country comparisons and at the macro and micro levels. Warwick University Professor Nicholas Crafts delivered a plenary presentation on the project’s results, which are important for the study of the economic history of Europe.

Reasons for the growing gap between the EU and the US in terms of productivity growth were identified. Harvard professor Dale Jorgenson, project supervisor spoke of the result of Bart van Ark, Mary O'Mahony and Marcel Timmer, which published in the January issue of the Journal of Economic Perspectives. Surprisingly, he said, this gap, which has been visible since 1995, is due to differences in productivity in industries related to the provision of business services and actively using information technology, rather than in manufacturing.

HSE University, the Ministry of Economic Development, and the Federal State Statistics Service are currently working on Russia’s joining the KLEMS project, at the invitation of the KLEMS International Consortium, Russia was represented at the conference by the Working Group of the Laboratory of Inflation and Economic Growth of the Faculty of Economics of HSE University (Vladimir Bessonov and Ilya Voskoboynikov). During the conference with specialists from the International Consortium, the forms of Russia’s involvement in the project were discussed, taking into account the results of the preliminary research, which was carried out at HSE University and presented at the IX International Conference “Economic Modernization and Globalization” in Moscow on April 2, 2008. 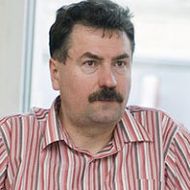