British Professor Delivers Lecture on ‘History of the Senses’

On January 23, 2018, Roger Smith – Emeritus Reader in the History of Science at
Lancaster University (UK) and Honorary Scientific Researcher at the Institute of Philosophy in Moscow – delivered a lecture entitled ‘The History of the Senses’. The lecture contributed to the history course taught by Professor Irina Savelieva, Director of the Poletayev Institute for Theoretical and Historical Studies in the Humanities, for second year Master's students. 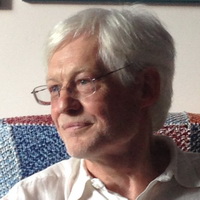 Smith’s lecture was designed to serve as an introduction to recent research work that is being done on the history of sensory experience, specifically on the changing sense of smell, of the feeling of speed and change in the city, and of new forms of movement (e.g., the escalator).

‘Historians, and museums, have become very interested in expanding history into areas of ordinary experience’, says Smith. ‘This links with my own current work, which is a history of the sense of movement. It is much more important than people think, not only to dancers’.

Smith, whose major research interest is in the history of psychology and in the history of theories of human nature generally, began collaborating with HSE around 2007, when he was invited to give several lectures in history and philosophy. At that time, D.M. Nosov organized and edited a translation of part of his long history of the human sciences, which was published by HSE as a text for humanities students working on their dissertations.

Since that time, Smith, who is based in Moscow, has given additional lectures and taken part in international conferences at HSE, especially those held by the Poletayev Institute for Theoretical and Historical Studies. One of his papers currently in publication is entitled 'Inhibition and the metaphor of top-down organization', which is based on a paper presented at a conference on 'Biological concepts, models and metaphors in social and human sciences'.

Smith was impressed by the questions he received following his recent lecture, as well as by students’ ability to more closely follow a lecture in English than was the case with earlier generations.

‘This is great’, he said. ‘It’s great personally for me, but also great because it opens views and conversation between Russia and the world’.