The First ICEF Conference in Applied Economics was held on September 15, 2018. It featured many accomplished scholars from all over the world who presented and discussed the most current topics of research, ranging from education economics to issues of socio-economic inequality as well as the most advanced methods in use by applied economists.

The conference was ushered into existence to complement the already very successful International Moscow Finance Conference that ICEF is running every year and to raise the profile of HSE and ICEF in particular as a place where high-end economic research is not only being produced but also well received.

All contributors presented very promising research and we are sure to see all of these works in reputable journals in due time. Here are some highlights:

Shoshana Neuman (Bar-Ilan University and IZA) started the presentations with a study looking at how investments in human capital for a group of ultra-religious young women affected their labor supply decisions. The interventions were tailor-made and designed specifically for this unique group, taking into account their work motives. The interventions seem to have achieved modest success in terms of employment rates and job satisfaction. As emphasized by ICEF‘s Arkaja Chakraverty, who discussed the paper, the findings are extremely relevant since much of the female population in the developing world are embedded in similarly socially conservative environments.

Hartmut Lehmann (University of Bologna and currently visiting HSE) discussed the results from his study of migration decisions in the Ukraine. It has long been theorized that because migration is a risky investment, migrants would tend to be relatively risk-loving individuals. Moreover, certain personality traits might have an important role to play in determining who moves and who stays. Lehmann and his team put together an impressive dataset that allows to test these hypotheses. The analysis suggests that the personality trait “openness to new experiences“ increases the probability of migration, while “conscientiousness”, “agreeableness”, and “neuroticism“ decrease it. The impact of an increased willingness to take risks is more complex in that it increases the proclivity to move from rural areas to cities but lowers the migration intention from rural areas to towns.

ICEF’s Fabian Slonimczyk presented his paper on the consequences of the Unified State Exam for Russian students. The 2009 reform mandated that all universities make admission decisions based on a simple ranking of scores obtained on standardized tests. The reform appended the old system in which each higher education institution had discretionality on how to make admission decisions. The authors conjecture that the reform dramatically reduced the cost of applying to college for students in population centers distant from the main universities. Consistent with this hypothesis, they find increased migration flows from small cities and towns and toward Moscow and St. Petersburg right after the reform.

Eric Gould (Hebrew University) concluded the conference presenting a highly topical and exciting paper. He investigates the role of manufacturing decline in deteriorating socio-economic conditions among White Americans and African Americans in the United States as well as the impact on within and between group inequality. His main result, a growing gap between African Americans and White Americans has not been documented so far and is deeply consequential. Considering how much attention the growing income gap among all Americans in the United States has received and the far-reaching political and social consequences of this fact, we can be confident that this paper will not only have an audience within the economics profession but also further afield. 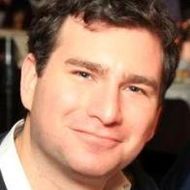