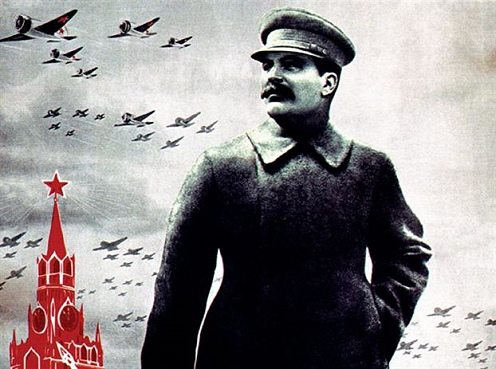 In case you would like to take part in the conference either as a listener or a participant of the discussions please send us the E-mail on the address worldwar2@hse.ru

This conference seeks to gain new understandings of Stalinism—seen both as a system of rule and an extended era of Soviet history—by interrogating its relationship to war. War signifies both military struggle and militarization, closely tied to political, ideological, and economic phenomena. But also wars and their consequences formed a crucible for the creation and transformation of the Soviet system and Stalinism. We intend to examine this interrelationship by focusing above all on the period of World War II.

World War II remains strangely disconnected from the grand narratives of Soviet history. For decades, historians of Stalinism have focused primarily on the prewar 1930s and, more recently, on late Stalinism. Even as scholars have lately investigated the war years in far more detail, the war remains to be interrogated as a central and unique lens through which to ask big questions about Stalinism itself. The major goal of this conference, therefore, is to bring the relationship between war and Stalinism into the center of international scholarly attention by focusing on three major problems of interpretation. First, we ask how war was related to Stalinism as a system of political, ideological, economic, and cultural power that was centrally concerned with reshaping society and mobilizing people. Second, we wish to probe how the Soviet system adapted to the German-Soviet war, an existential threat to the continued existence of the Soviet state, and to which degree the Stalinist system was legitimized by victory. Third, we wish to inquire how the sudden removal of Stalin and Stalinism on a huge swathe of Soviet territory occupied by the Nazis profoundly affected the evolution of power and people. In this sense, war was a moment of truth. It exposed the degree of the sovietization, the importance of repressive and promotional strategies of the party-state, and entailed often unintended consequences for social groups, nationalities, generations, and populations. This conference’s in-depth investigation of World War II will be placed in the larger context of the relationship between the Soviet system and the wars of the twentieth century. Thus, we also intend to consider how the crystallization, evolution, and apogee of the Stalinist system were intertwined with a series of wars in the first half of the twentieth century including World War I and the Civil War, as well as how the onset of the Cold War after 1945 affected the direction of late Stalinism.

The working languages of the conference will be Russian and English.

The organizers will assist international participants with obtaining visa invitations to Russia. Meals (coffee breaks, lunches) will be provided.  The conference organizers have limited funds to cover (partially or in full) participants’ airfare and accommodation costs for the duration of the conference. We ask prospective participants who will need financial assistance to indicate this in their submissions.

Program Committee of the Conference

·         Alain Blum, Research Fellow, School for Advanced Studies in the Social Sciences (CNRS, Paris) and Center of French-Russian Studies (Moscow)
·         Oleg Budnitskii, Professor of History, and Director of the International Center for the History and Sociology of World War II and Its Consequences, National Research University - Higher School of Economics

·         Oleg Khlevniuk, Leading Research Fellow, International Center for the History and Sociology of World War II and its Consequences, and Professor of History, National Research University - Higher School of Economics

This event is intended to build on and extend a series of major international conferences organized by the International Center for the History and Sociology of World War II and Its Consequences of the Higher School of Economics: “World War II, Nazi Crimes, and the Holocaust in the USSR” (2012); “Russia in the First World War” (2014); “Europe, 1945: Liberation, Occupation, Retribution” (2015).