On November 25 the Center's postdoctoral research fellow Angelina Lucento gave a presentation “Entangled Modernisms: Socialism, Jadidism, and the Development of Early Soviet Visual Culture” at the scholarly seminar of the International Center for the History and Sociology of World War II and Its Consequences.

The influence of Islamic culture on the development of Soviet modernity has received significant attention within the disciplines of art and cultural history. The key role, however, that the artists of the “Kazan School” played in the integration of the principles of the pan-Turkic modernization program known as Jadidism into early Soviet art has not yet been addressed. The School’s most prominent avant-garde artists—Konstantin Chebotarev and Faik Tagirov—combined Constructivist ideas about the collectivizing function of the mass media with Jadidist ideas about the attainment of universal enlightenment through Islamic culture, to create a theory and practice of international socialist art.   In her presentation Angelina Lucento described how Chebotarev and Tagirov’s interpretation of Constructivism through the lens of Jadidism influenced the development of Soviet visual culture, both before and after WWII. 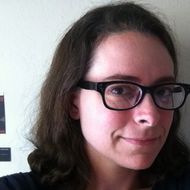