‘The Summer University at HSE is extremely international’, says Oksana Chernenko, Director for Innovations in Education at HSE. ‘It’s not enough to say that, in 2018, over 200 students came from 33 different countries. Many of our participants travel to Russia from countries that are not their home countries. For example, this year, we welcomed a Turkish student who is currently studying in Hungary and a German student who is currently studying in Switzerland. Some students, by contrast, left their countries for the first time to travel to our Summer University. The resulting group is therefore extremely heterogeneous and this provides for a stimulating and inspiring learning environment.’

After the official presentation of certificates at the closing ceremony on Thursday, participants had the opportunity to reflect on their experience at the Summer University, as well as enjoy a slice of birthday cake in honour of the five-year anniversary. It was an intimate setting for the graduates, who were joined by their three Russian language teachers and several HSE buddies.

Pavel Korolkov, a second year Bachelor’s student at HSE, was a buddy to several Summer University participants. He volunteered for the programme for the first time this year which gives him credits towards his degree.

‘Certainly, this is a big advantage of taking part,’ Pavel explained. ‘But it’s not just about the credits – there is so much more to get out of being a buddy. One of my main motivations was to practice English. Many of the students are native English speakers. And then, of course, it’s just really interesting to meet people from all around the world.’  A buddy’s responsibilities are many and varied, but according to Pavel, it’s nothing that a sensible, mature HSE student can’t deal with.

‘I met the students upon their arrival in Moscow, showed them to their dormitories and helped them buy a SIM card’, said Pavel. ‘Once we were done the formalities, we were able to just hang out and get to know each other.’

If I could give any advice to future Summer University participants, it would be to stress less. It was a big step for me to come here, but the organizers of the programme were an excellent support

Olivia Cobleigh is a Bachelor student at Pace University in New York, majoring in economics and modern languages and culture. She left the US for the first time to travel to HSE and has just passed the Summer University seven-week Russian course with flying colours.

‘I have always been interested in the Russian language and culture,’ explained Olivia. ‘But I wasn’t getting enough practice in the US. What’s more, I was really shy about speaking Russian with other people. Over the past seven weeks, I have made major progress. This is thanks to the immersion that living in Moscow provides, and of course, to my dedicated Russian teacher on the programme.’

Certainly, for a first trip overseas, it was a courageous move to travel to Russia for full-language immersion, but it’s something that Olivia would do all over again.

‘If I could give any advice to future Summer University participants, it would be to stress less,’ said Olivia. ‘It was a big step for me to come here, but the organizers of the programme were an excellent support. I was in regular contact with them via email before my arrival, and once I arrived, I was looked after by my buddy. My teachers were also always available to answer my questions.’

The courses are taught by leading instructors at HSE. At the graduation ceremony, three Russian language teachers were present, including Maria Olshevskaya.

‘Teaching at the Summer University is a very enriching experience,’ Maria said. ‘We interact with students from all around the world – every class is a melting pot of cultures, which makes for interesting conversation and interpretations of the Russian language. And it’s not just the students who benefit from instruction’, she went on. ‘As teachers, we are inspired to develop new methods and approaches. Several of my students were with me for seven weeks, so I had to find ways to keep them interested and motivated.’

According to Maria Olshevskaya, one of the main challenges for teachers on the Summer University programme is ensuring that all students are catered to. ‘Obviously, students enter the courses with varying levels of knowledge,’ she said. ‘The Russian language course is split into levels, to make sure that everyone feels like they are being challenged in class. Also, I was privileged enough to work with a wonderful group, where the stronger students helped the others.’

I didn’t expect to get so much out of the programme academically. I was really impressed with the level of teaching and it has put me much further ahead. I feel ready to start my next semester at HSE, thanks to the intensive language training over the past seven weeks

Ung Joo Kim from Kyung Hee University in South Korea agrees with Maria. ‘Thanks to the support of my teacher and classmates, I now feel much more comfortable speaking Russian- not just at university, but also in social settings.’

Ung Joo is not a new-comer to Moscow. He arrived earlier this year to study at HSE as an exchange student and initially, his main motivation to enroll in the Summer University was to enable him to stay on in Russia for the summer months, before the start of the next semester. ‘I didn’t expect to get so much out of the programme academically,’ he said. ‘I was really impressed with the level of teaching and it has put me much further ahead. I feel ready to start my next semester at HSE, thanks to the intensive language training over the past seven weeks.’

‘A free-mover is a participant who enrolled of their own accord. That is, they aren’t part of a group – they simply heard about the Summer University through one of our outreach initiatives and decided to apply,’ she explained. ‘In 2018, we had more than 90 free-movers in the programme. The figure has more than doubled since 2017 and this year, the free-movers constituted almost half of the entire student population. This speaks volumes for the visibility of HSE Summer University abroad, and of course, for the positive impressions that students are obviously sharing with their peers upon their return home. They are spreading the word.’

HSE’s Summer University is an 8-week programme offered annually at three of HSE’s four campuses– Moscow, St Petersburg, and Nizhny Novgorod. Students, PhD candidates, postdocs and professionals from all around the world travel to Russia to take courses on topics such as politics, history, economics, mathematics, computer science, and Russian and Eurasian cultures. Most courses last two to four weeks and all of them are taught in English. 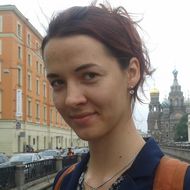