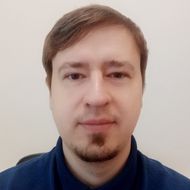 This is a blended-learning course, based on the series of video-lectures given by prof. Furio Cerutti (University of Firenze). This course is designed as a vocabulary of the main terms used by all of us when talking about local as well as world politics. We often use these terms without a proper awareness of their meanings and connections, a circumstance not exactly helpful for any attempt to understand how politics really works, regardless of our wishful thinking or simplistic morality or easy cynicism. Now, if we want to go deeper into the workings of politics we must agree to begin with very abstract notions. This includes the general definitions of what politics, conflict, power and what legitimate power mean. On these premises, we will then explain the still main political institution, the state, and peer into the dynamics of war and peace that has dominated the relationships between the states. Since with economic globalisation, which has restricted the room for political action, things are getting much more complicated, so classical notions have to be rethought. The very nature of the threats endangering our global commons does not leave the definition of politics. Students will watch video-lectures as a part of their independent work and in classes we will discuss its content.