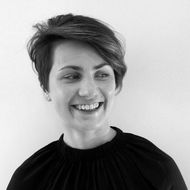 Architecture, as a relational and interaction model between human body and body of the city, today dissolves boundaries between human and non-human systems. Interaction of these systems becomes an ecology itself. The proliferation of artificial intelligence and multiscale robotization leads to a constant «intertwining in between (in)organic bodies and digital codes». An interdisciplinary generalization of machine learning, progress in genetic engineering, robotics and synthetic biology develops a complex physiological platform along which (in)organic robotic and ecological agents are symmetrical and whose symbiosis is not metaphorical or narrative, but also performative. This produces a new cybernetic design logic, which merge biological, human and digital systems. «In Guattari’s terms, a machine is a composition of heterogeneous elements - subjective, social, technical, spatial, physical and process-related – that delimits a series of conditions for the production of real. This entails that the notion of machine is directly connected to the concept of agency as it has a capacity or potential for an action within an environment. Machines seen as assemblages whose spatial parameters merge with information, networks, devices, media and users to create a public space that is more responsive, participatory and collective. The inhabitants are a dynamic part of the assemblage and become active producers of the public space. Space in this scenario emerges as a social product, and citizens are empowered in the production of it. Those interventions can be seen as tools to produce hybrid public spaces that in the temporary, intern or permanent phase are active, networked and responsive.» Thus, the concept of contemporary city is expanded and rethought taking into account the symbiotic processes that take place as the emerging dichotomies: analog/digital, biological/technological, intimate/social, natural/artificial, merging human and machinic agency in a hybrid interaction system. Here, the human body perceived as a set of biological processes, bacterial and informational exchanges with the environment. The body is reorganized, dispersed within the boundaries of the city, technology and communications. “The architect is no longer a designer of discrete objects, matter and space, but a designer of systems with complex components and multi-layered relationships”. This notion has stimulated the emergence of new fabrication strategies and new design methods, suggesting that it is necessary to think about not only design for humans, but about complex design system, which includes human, machinic and biological agents.