The election season began December 6 in St. Petersburg. On the same day that President Vladimir Putin signed a new law on elections, removing the minimum turnout requirements for elections to be valid and banning the use of negative campaigning in broadcast advertising, the Petersburg city council voted to hold its next round of elections on March 11, 2007

High Stakes in City’s March 2007 Elections
The election season began December 6 in St. Petersburg. On the same day that President Vladimir Putin signed a new law on elections, removing the minimum turnout requirements for elections to be valid and banning the use of negative campaigning in broadcast advertising, the Petersburg city council voted to hold its next round of elections on March 11, 2007. That evening, Governor Valentina Matvienko, who until now had not joined the other governors in asking Putin to appoint her to office, finally asked the president to nominate her for a new term with ten months left before her current mandate expires. Putin agreed to support her on the following day. There is no question that the city council will now vote to ratify Putin’s choice. There is also little suspense over whether Matvienko will shake up her cabinet because she is only likely to replace a few second-level figures. The main question now is whether she will agree to join the United Russia party and head its list in the upcoming elections.
So far Matvienko has not joined United Russia, apparently because she has promised Federation Council Speaker Sergei Mironov that she would support his new party, Just Russia. Mironov is the representative of the St. Petersburg legislature in the upper chamber of the national parliament. The March elections are already taking on a national character since their outcome will be an indicator of what will happen in the December 2007 State Duma elections. Mironov and Vladimir Zhirinovsky have already announced that they will head their party lists.
Nevertheless, the main battle will be between the “two legs” of the “party of power,” United Russia and Just Russia, since these competing parties both have Kremlin backing. Whichever party wins the legislative election will be able to appoint the body’s representative to the Federation Council. Mironov’s position as chairman of the Federation Council is Just Russia’s main political resource and if he were to lose the seat, the party would likely die even before the State Duma campaign season began.

Matvienko’s Three-Year Term
Putin’s decision to reappoint Matvienko provides a good opportunity to appraise her tenure in office. Since coming to power in the fall of 2003, she has focused on concentrating power in her hands, bringing large tax payers to the city, and attracting foreign investment.
Matvienko’s tenure began with a shaky start since she just barely won enough votes to take office despite Putin’s strong support. However, step by step, with the tenaciousness of a Komsomol apparatchik, Matvienko grasped all levers of political and managerial power. While in the beginning of 2004 she had to use all of her resources to beat back the combined attack of Presidential Envoy Ilya Klebanov and the city’s electoral commission, a year later she emerged victorious over the city’s charter court, securing the resignation of its chairman Nikolai Kropachev with the backing of then presidential chief of staff Dmitry Medvedev. The city legislature did not intervene in this dispute, partly because Matvienko had the ability to maneuver above party affiliations. The deputies listened to the governor’s annual address to the city council with undivided attention in 2006, a contrast to 2004 and 2005 when the legislators whispered among themselves, strolled in and out of the auditorium, and read the newspaper in the back rows.
Above all, many city residents viewed the decision to move the Russian Constitutional Court to St. Petersburg at the beginning of 2008 as a sign that the city would restore some of its functions as a capital. The court will be housed in the historic buildings of the Senate and Synod, just across from the Bronze Horseman. Currently, 19 homes are being built for the justices on the elite Krestovsky Island, where other top officials live. The liberal opposition, mainly Moscow politicians who came to prominence during the Yeltsin era, worries that the court will lose its independence. Chairman of the Court Valery Zorkin has also warned that such a move could interrupt the work activity of the court. However, it seems that Putin has based this decision on the German example, where the various branches of government are located in different parts of the country, reducing the concentration of power in the capital. Thus, the Constitutional Court is located in Karlsruhe rather than Berlin.

Bringing Major Tax Payers to Petersburg
Upon coming to power at the end of 2003, Matvienko and her team concluded that within 2-3 years growth rates in all sectors of the economy would slow considerably. This across the board drop off would affect food processing, including alcohol production, construction, machine-building, metallurgy, and other sectors. To address this problem, Matvienko and her team decided to reregister major tax payers from other parts of the country in order to fill the coffers of the city budget, if not exactly to boost the real output of the city’s economy.
Since fall 2004, a wave of firms have arrived; some of the most prominent include the following companies. Launching this trend, Rosneft registered its subsidiary Rosneft-trade, an export company. In March 2005 the shipping company Sovkomflot moved its headquarters to St. Petersburg. In October 2005 VTB bank moved its head office to the city. In December 2005 Gazprom reregistered the petrochemical company Sibur there. The airline Transaero arrived in January 2006 and Transnefteprodukt in February 2006. During March the city celebrated the transfer of Sibneft (now Gazproneft) from Omsk to Petersburg. This company’s arrival was secured with enormous tax concessions. Every year, the company will receive 2.5 billion rubles from its tax payments to construct a 300-meter office building in the Krasnogvardei Raion, Matvienko’s homebase since the Soviet era when she was active in the Komsomol.
While focused on securing tax revenue, the city has not completely given up on developing the local economy. Part of this process is decriminalizing local business. The level of criminality affects whether Moscow will provide funding for city projects. The federal government only offers money if the city can guarantee that no criminal groups are involved in the project. If it is impossible to remove the criminal groups, the government recommends that the city withdraw from these projects. For example, in 2005 the city sold a variety of stakes in local hotels because it was deemed senseless to try to remove the criminal element, even though it had already “legalized” itself.
In contrast, the city devoted considerable energy to cleaning up the banking sector and the port. Measures taken included the use of law enforcement agencies and refusing to renew rental agreements at the port with stevedore and container shipping companies with dubious reputations. The city also invited a strategic investor to the port, the Novolipetsk Metallurgical Combine (NLMK). The city sold its stake in the port to this company and the former owner of a controlling stake in the port, the Luxembourg off-shore company First Quantum, was advised to sell part of its stake to NLMK as well. After the murder of Kostya the Grave, a leader of the Petersburg crime world, and the imprisonment of Mikhail Khodorkovsky, the businessmen who made their wealth in the 1990s realized that the government was willing to play tough when it sought to secure control of strategically important sites.

Attracting Foreign Investors
The third main strategy of the Matvienko administration has been to attract foreign investment. Most attention has focused on the efforts of the Japanese car makers and the ambitious Chinese Baltic Pearl project sponsored by the party leadership of Shanghai.
Japan’s main interest in Russia is raw materials. However, automobile manufacturing is now a strong second, a policy strongly supported by the Japanese government. The stagnation of the Japanese economy seems to be coming to an end and the government is seeking 2.2 percent GNP during the next 10 years.
The most visible projects are the efforts of Toyota and Nissan to build assembly plants in Shushary, just south of Petersburg. However, these plants are only the beginning. The companies working in Russia have discovered that they cannot always find suppliers able to produce the parts they need to assemble their cars. In the future, the foreign investors are expected to build new plants that will be able to produce the necessary components. Such investors are expected to bring a new wave of money into St. Petersburg.
In September 2006, Bridgestone, the Japanese tire company, announced plans to begin construction on a new factory in Kamenka, one of the Petersburg suburbs. The project is expected to be worth $70 million.
Mitsubishi, which had earlier announced its interest in working in the region, had not begun negotiating with the city administration for a plot of land by the end of September 2006. Most likely, the company is seeking to get the best deal possible from the city. The Japanese are very concerned about competition from China and Korea and therefore are focused on making lots of foreign investments.

Chinese Corruption Scandal Blocks Project
The Chinese project that looked so promising in May 2005 has now all but collapsed. In this case, the agreement between the two sides was based on the personal contacts between Russian leaders and the first secretary of the Shanghai Communist Party Committee Chen Liangyu. In fact, Chen’s interest was so personal that he did not hesitate to contact Russian officials of any rank, from the heads of neighborhood committees to various department heads within the city government.
However, in September 2006 the Chinese government launched a prominent anti-corruption campaign against the so-called “Shanghai faction” of the Chinese leadership and Chen was fired from his job and removed from the Chinese Communist Party Politburo. Observers believe that the new Chinese leader Hu Jintao, under the flag of an anti-corruption campaign, sought to reduce the influence of his predecessor Jiang Zemin within the party. Whatever the outcome of the case against him, Chen will not likely be able to restore his previous influence. His experience will be a lesson for other party leaders who might want to support ambitious investment projects. As is well known, Hu is seeking to reduce China’s torrid economic growth to prevent the overheating of the Chinese economy and “harmonize” relations with the 800 million poor Chinese peasants.
Much of the motivation for these events in China is tied to the unofficial status of Shanghai. In many ways, Shanghai is very similar to Petersburg. All liberal reforms in China are developed first in Shanghai. The Shanghai leadership is considered the most independent and pro-western. Some Chinese observers argue that Chen sought to become the supreme leader, just as his patron Jiang Zemin came to power in 1989 from the post of first secretary of the Shanghai Communist Party city committee. Any project of the “Shanghai faction” will now be discredited.
How will these events affect the Baltic Pearl project? Until the middle of November 2006, the Shanghai Industrial-Investment Company, which had been running the project, was not a target of investigation. However, now its accounts are blocked and Beijing investigators are seeking its financial records. Perhaps the investigators were not able to find problems with Chen’s activities and are now seeking to investigate the companies connected to him. Ultimately, however, how the changes in Chinese politics will affect the Petersburg project remain unclear.
In contrast, despite the problems with the Chinese project, Matvienko’s position is currently stable. She will easily be able to continue ruling the city until the presidential elections in 2008.
Дата
19 декабря  2006
Автор 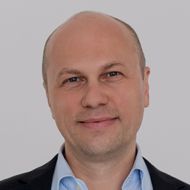