Аннотация. This project aims to study the dynamics of emancipative value orientations (EVs) in Russia throughout the course of the COVID-19 pandemic. For this purpose, we leverage the data from three waves of the Values in Crisis (ViC) survey, an international longitudinal study of societal effects of the pandemic. In Russia, the ViC data were collected using a commercial opt-in panel provided by the OMI polling company. 783 respondents participated in all three waves of the study (June 2020, April-May 2021, November-December 2021). Although quotas for gender and age, based on the results of the 2010 Russian Census, were used for the first wave, the final panel, due to attrition, includes considerably less females (compared to the Census), as well as young, low-educated, and low-income respondents.

Despite the considerable impact that the pandemic has had on Russian society (by causing up to 1,000,000 million excess deaths and increasing social tension, provoked by such issues as the lockdown and other restrictive measures and especially the vaccination campaign), we don't find any substantial decline in EVs among our sample. Moreover, composite indices, based on raw scores, indicate a slight increase in the sample mean of the Choice component of EVs. The opposite trend is observed for the Equality  component, but the magnitude of that negative change is almost negligible. A more sophisticated approach involving confirmatory factor analysis and latent growth curve modelling returns essentially the same results. The analysis of mean trajectories in various socio-demographic groups also suggests the stability of EVs during the pandemics.

Within-individual variability is more notable, but still not especially large and often inconsistent across waves (individual value change often occurs in different directions between different consecutive waves). Such indicators of the pandemic experience as (1) encountering the disease personally or in family; (2) losing job/business, or (3) anxiety, do not have any substantial effect on either choice or equality values in any wave (although we haven't tested lagged effects yet). Overall, our results suggest that emancipative orientations are likely to remain quite stable throughout the pandemic among Russians, as one might expect from the Inglehart—Welzel tradition of theorizing about values. On the other hand, a large proportion of covid-sceptics in our data, and generally in Russia, may indicate that many Russians simply do not perceive the pandemic as a traumatic event and also do not suffer a lot from its economic and societal effects. Thus, another explanation of the absence of negative trend in EVs may simply be that the pandemics hasn't influenced the level of existential security of most Russians enough to make them less emancipatively predisposed. 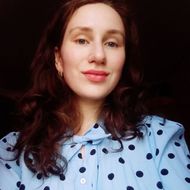 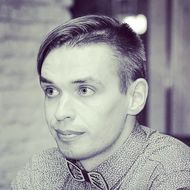