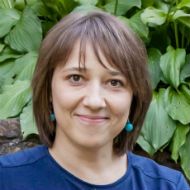 Afisha Picnic and Lounge Zone by HSE School of Design

HSE School of Design will be creating a lounge zone — an interactive summer playspace with bright red giant spheres — at the Afisha Picnic Festival on 25th July at Kolomenskoye. 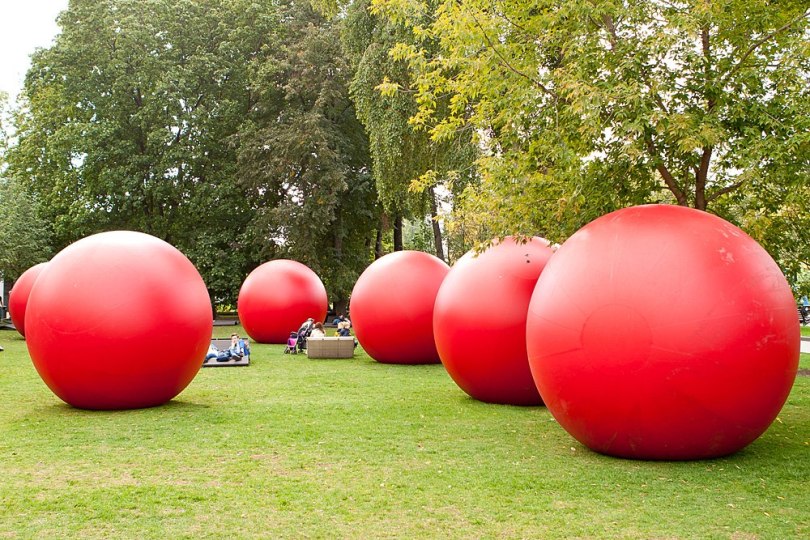 By rolling, shifting and carrying the art objects as a pleasant summer pastime, festival goers can create a spatial composition. Jumping or lying on the spheres for fun is also encouraged.

The Afisha Picnic at Kolomenskoye offers all the entertainments of a summer festival with a special twist of new technology.

Afisha Picnic will have two music stages this year: the main stage and Summer Stage by Škoda. The exact schedule will appear on the website a few days before the event. Below are some of the performances you wouldn’t want to miss.

One of the top Russian rock stars, Zemfira is known for brilliant work on stage, which is impressive both technically and emotionally. She never performs songs the way they are recorded in the albums and always surprises the audience with new sound, arrangements, and even new pieces: four years ago she first performed her new song ‘Dengi’ (‘Money’) at Afisha Picnic.

The Horrors are a British indie rock band formed in 2005. Their music has been classified as garage rock, gothic rock, shoegazing and post-punk revival. The band has released four studio albums, all of which charted within the UK Top 40. Their pastoral songs about fields, water and other parts of landscape will sound entirely at home in Kolomenskoe.

In their latest album, Why Make Sense?, Hot Chip broadcast the feeling of an electric pop disco. They look like nuclear physicists, but the Afisha Picnic will give you a chance to see that they understand everything about dancing and about music that makes you want to move.

Amir Mohamed el Khalifa, better known by his stage name Oddisee, is an American rapper and producer from Washington, DC. He has played with The Roots and rapped to Flying Lotus and Hudson Mohawke, but his own music is good, too. Oddisee is coming to Moscow with his accompanying band, Good Compny.

One of the most popular electronic musicians in Russia, Mujuice released several totally different albums last year, from neoclassic and melancholic techno, to acid house.

The festival will host a market with designer objects, clothes, jewellry, books, vinyls and many other goods.

This year’s Afisha Picnic will feature as many art objects as never, with large-scale colourful installations, landscape objects, audio arts, and wooden sculptures.

The Robots Ball exhibition includes robots of all kinds. A marrying robot will scan your feelings, and if you are truly in love, will register your virtual marriage and issue a certificate. At the Robot Laboratory, you’ll meet emotional female robot #Rachel, Oculus Rift, a virtual reality helmet, a smoothie robot, and a bartender robot. The guests will also have the opportunity to operate a quadcopter, draw with 3D pens, and create a real robosuit.

Bosch Company organizes a huge do-it-yourself open-air workshop. The guests will be able to saw and polish their own customized guitar and get prizes for it.

Other activities include Chinese tea ceremonies, a makeup studio, a shooting range, an open-air cinema, theatre performances, yoga lessons and meditation, a photo booth, and all kinds of lectures and master classes, including those for children.

Food truck festival, farmers’ market, street food and the latest in fast food will be offered for the guests.

Tickets are available at two prices;

2700 roubles gets you a day ticket. You’ll be given a bracelet in exchange for your ticket so you can go in and out of the festival throughout the day from 12.00 - 23.00. Children under 10 accompanied by an adult go free. NB. Entry tickets will cost more on the day.

7500 roubles will get you access to the picnic ‘rest’ area which has a bar and cafe with comfortable sofas and benches with a good view of the main stage of Picnic. With these tickets you can get into the festival without queueing through a special entrance on the Novikova Street side.

For tickets and more information (in Russian) click on the Afisha Picnic link.