On April 28, Orthodox believers in Russia celebrate Easter. The holiday has some interesting traditions, some which are followed not only by religious people, but by the wider public throughout the country. 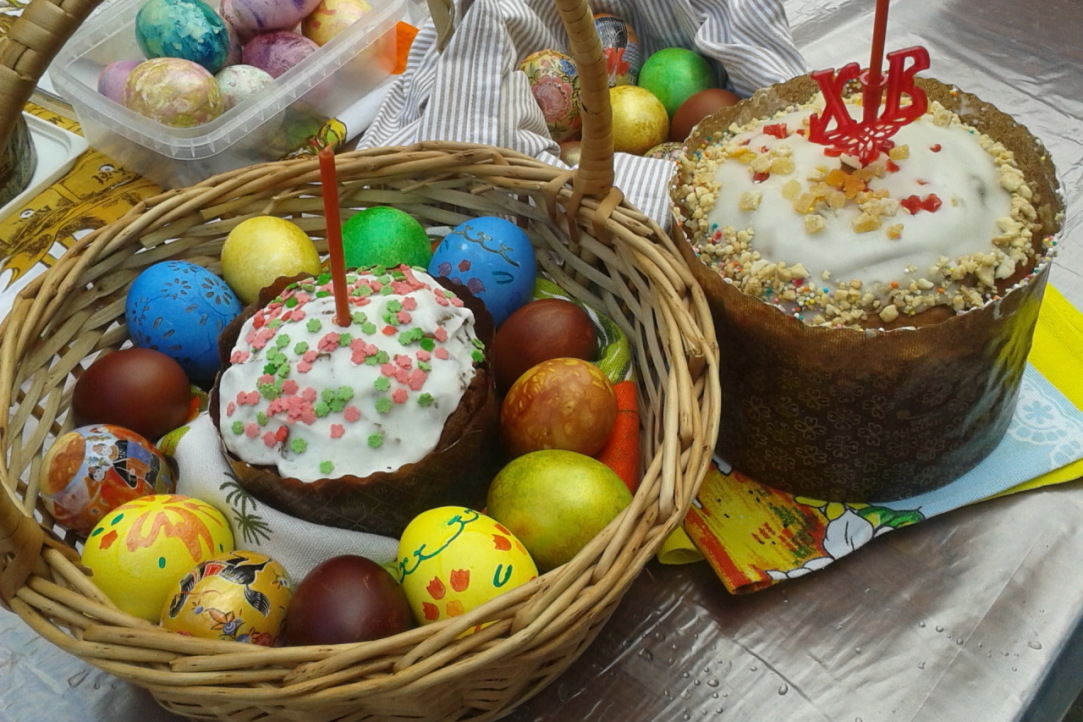 During Soviet times, all religious traditions in Russia were outlawed, but the associated food traditions continued—even in households that were atheist. Traditional Easter foods include Kulich (Easter cake), Paskha (sweet cottage cheese with raisins) and coloured eggs.

Egg colouring is one of the main fun Easter activities in Russian culture: supermarkets are full of DIY egg colouring sets, and everyone shares their favourite way of decorating eggs, which include painting, engraving, decoupage etc. But the most traditional and popular way to colour eggs is with onion peels. To do this, you need to collect lots of peels from yellow onions, put them in a pot with your raw eggs, add water and some salt, and boil them for about a half an hour. As a result, you will get maroon eggs with a slight onion flavor. The decorated eggs are then given to family and friends as Easter presents.

On Easter Eve, believers take their Easter dishes to church to get them consecrated. For this purpose, tables are prepared in front of the church, and the priest comes out and sprinkles holy water on both the food and the churchgoers, blessing them.

The Easter church service takes place on Saturday night, with a procession around the church at midnight, upon which the priest declares: Khristos voskres! (Christ has risen!), and the congregation answers: Voistinu voskres! (Indeed, He is risen!). Believers then greet each other using these same phrases on the Easter day.

On Easter Sunday, families join for an Easter meal, which is often accompanied by the funny tradition of an Egg Fight. In this tradition, before you can eat your egg, you must beat it against someone else’s. If your eggshell remains uncracked, you move to another person. Whoever’s egg stays intact after all the rounds is the winner.

If you hear some strange bell-ringing during Easter week, don’t be surprised: it is a tradition to let children up into the bell towers to ring the bells this week. Kids do their best not to miss out on this opportunity and ring the bells as loudly as they can.