On April 14, 2016 at 19.00 the Faculty of Communications, Media and Design in cooperation with the International Office of the Faculty of Economic Sciences will open the exhibition ‘Aenigma’ by Eduardo Fiorito – leading Italian photographer who works in the direction of conceptual and narrative photography with a specific focus on nature and environment issue.
exhibition photography
March 30, 2016

Earth in Black and White by Sebastião Salgado

The result of an eight-year worldwide survey, the exhibition draws together more than 200 spectacular black and white photographs of wildlife, landscapes, seascapes, and indigenous peoples.
exhibition photography
March 09, 2016

VDNH, a huge exhibition space with lots of beautiful Stalinist architecture, monuments and museums, has recently been renovated. This winter it offers a wealth of attractions including a skating rink and some remarkable exhibitions.
animation exhibition fashion
December 03, 2015

HSE Presents the Exhibition ‘Opening the Collection. The World by Russian Photographer Sergey Chelnokov’ in the Museum of Moscow 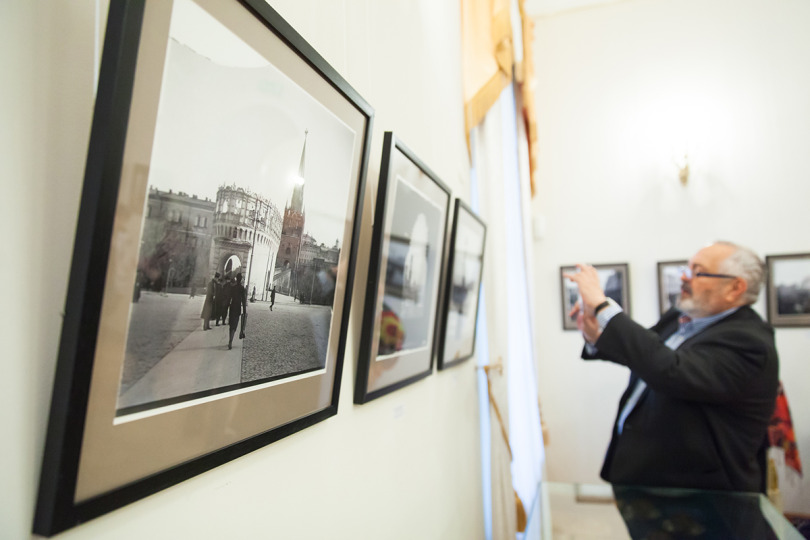 In October 2015, the Museum of Moscow will exhibit a unique collection of images of pre-revolutionary Moscow from Sergey Chelnokov’s archive, available for the first time for the general public. Most of the photos were made using the then-unique technique of ‘stereo-pairs’, which require the images to be viewed through a special device, creating a 3D picture. A series of lectures ‘Photography and Cultural Memory’ will run alongside the exhibition.
Community Invitation to participate exhibition photography
September 29, 2015

The Lumiere Brothers Center for Photography is celebrating its fifth birthday with a project that traces the development of Soviet and Russian photography over the entire 20th century through ‘Soviet Photo’ magazine.
exhibition photography Soviet history
July 28, 2015

Robert Capa: Photos at the Risk of his Life

As part of the Hungarian Culture Days in Russia, Multimedia Art Museum, Moscow, presents a retrospective of the work of classic photojournalist Robert Capa, one of the founders of the legendary Magnum photo agency.
exhibition photography
July 10, 2015

On May 9th, 2015, Russia celebrates the 70th anniversary of victory in the Great Patriotic War – this is how the part of the World War II that took place on Russian territory is called in Russia. Several Moscow museums have prepared special exhibitions dedicated to the war, in which the Soviet Union lost over 26 million people, and the victory over Nazism in Europe.
exhibition museums Victory Day
May 05, 2015

The War Takes Part in Me

An exhibition of WWII artifacts at ARTSTORY gallery with free entrance, open until May 10th.
exhibition World War II
April 02, 2015
1 2 3 4 5