The project ‘HSE. Cornerstone’ covers the history of the buildings the university occupies today 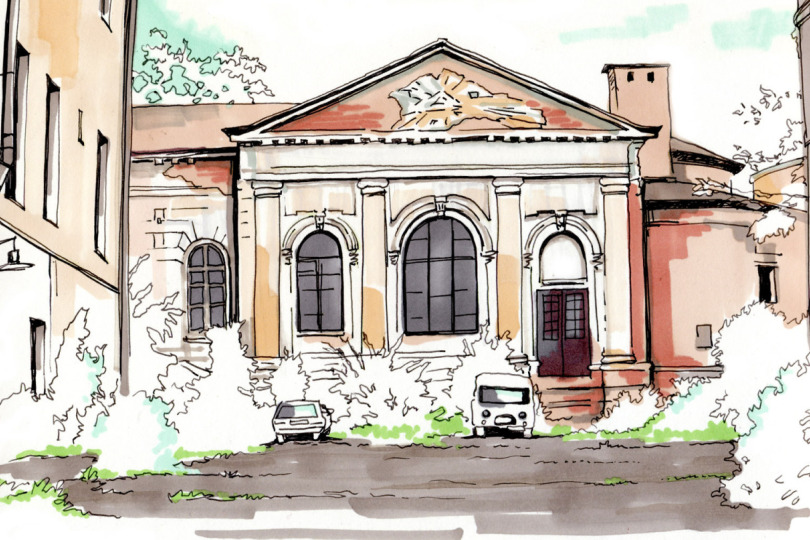 The building that used to house St. Petersburg's Patriotic Institute has held its status as an educational establishment for more than 200 years. It was founded as a school for the daughters of heroes who fought in the Patriotic War of 1812. In the 1830s, Nikolai Vasilievich Gogol taught history at the Institute, and after the October Revolution, students learned the fundamentals of physics and mechanics. 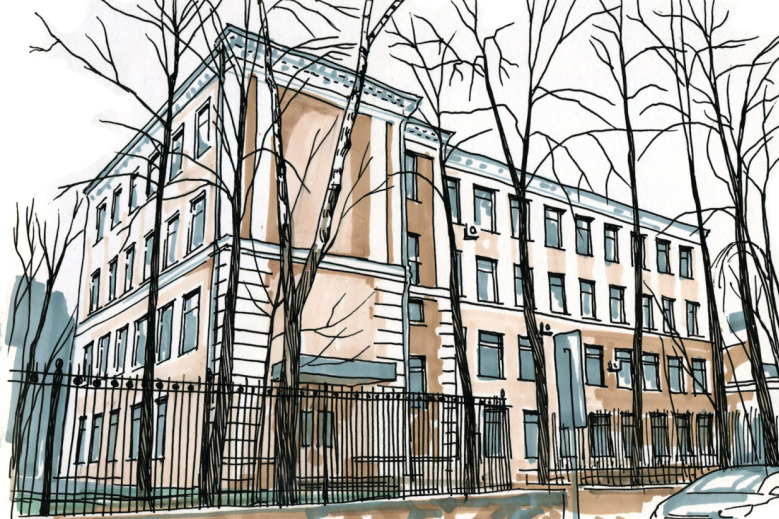 The series of descriptions of historic buildings in Moscow owned by HSE concludes with this account of what was once School Number 135 in Maly Gnezdnikovsky Pereulok. This was considered an exemplary institution, and the finest teachers in the region taught there. Of course, the schoolchildren’s behavior was not always exemplary – and one incident even forced the Headmaster to resign. 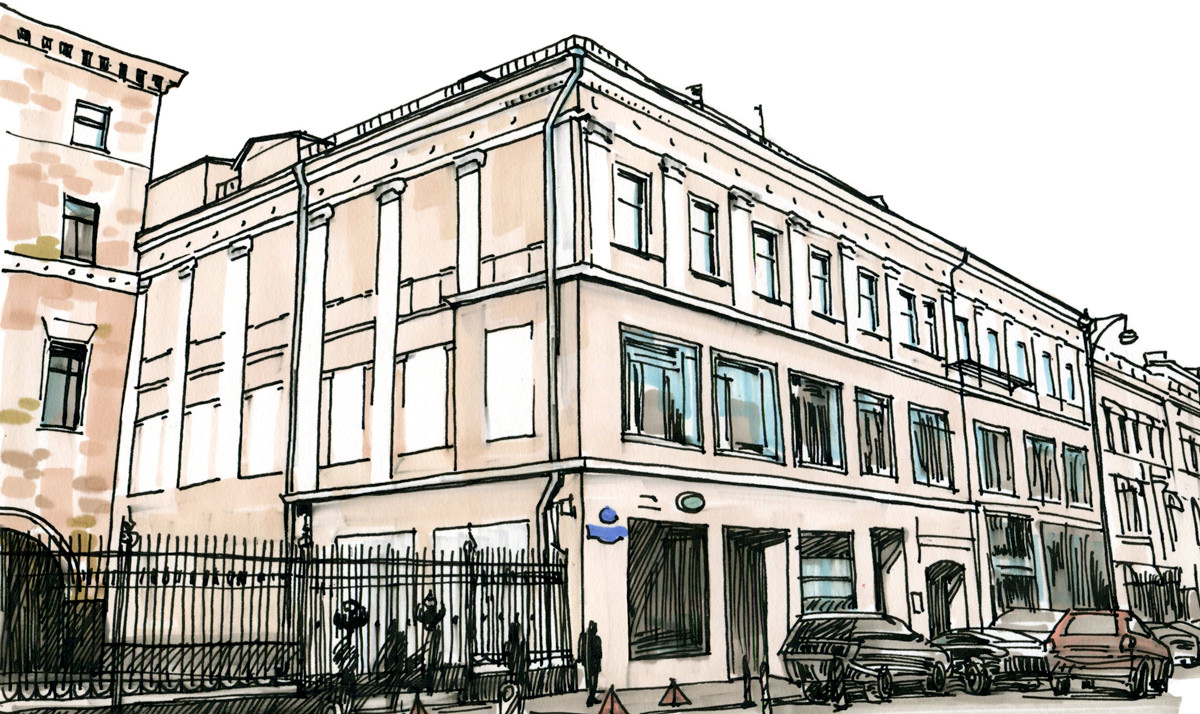 During the years of Lenin's New Economic Policy (NEP), this building housed Moscow's most fashionable institution, The Centre for the Development of the New Soviet Attire. The vast window displays were populated by mannequins in dresses, and fashion shows drew people from all segments of society: members of the Party elite, 'NEP-men' and their wives, and ‘heroes of industry’. 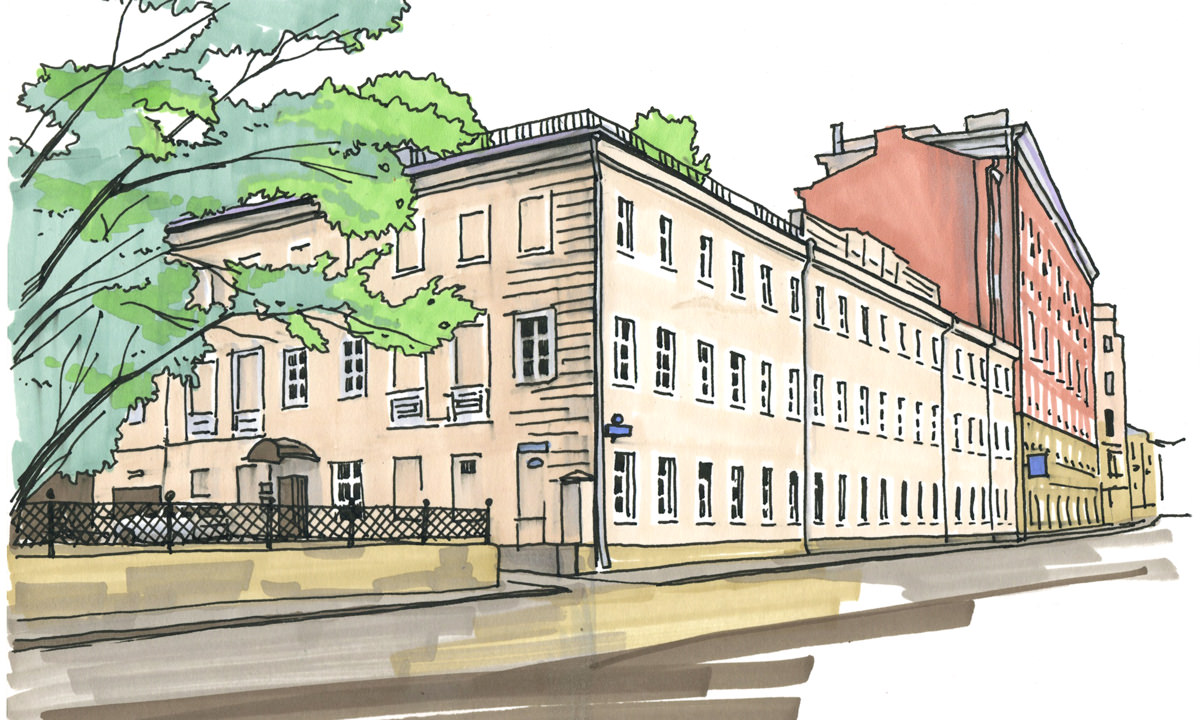 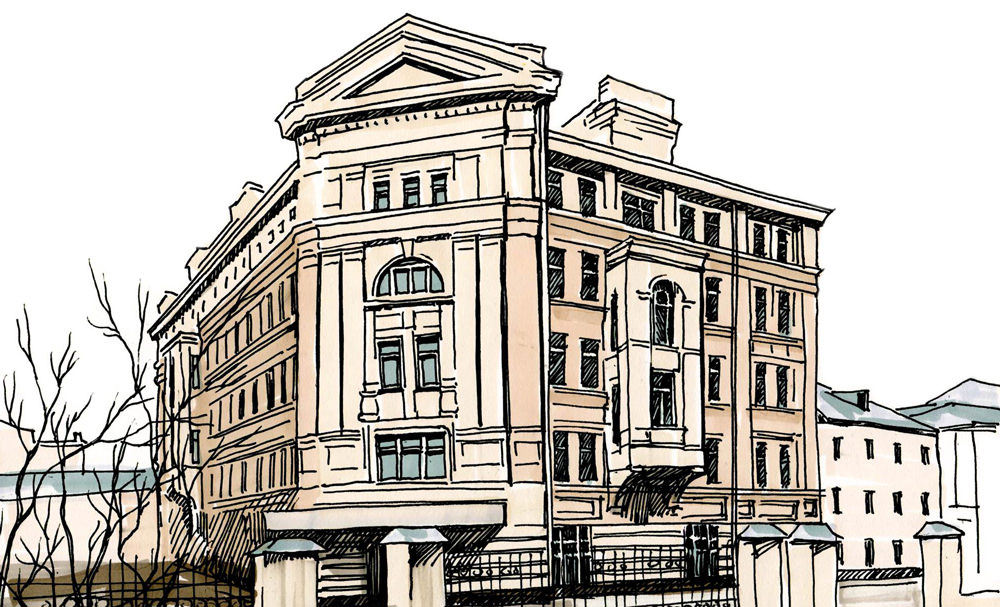 The guesthouse with shops on the corner of Sretensky Pereulok and Milyutinsky Pereulok was built in 1900 by the architect Vladimir Sherwood. In Soviet times, the building housed a medical clinic for the district, which was soon replaced by an Intourist office. This organization had a large fleet of tourist buses, its own staff of guides and interpreters, and a chain of hotels. During the Moscow Olympics in 1980, Intourist was the main organization servicing foreign visitors. Intourist in fact received millions of visitors during the Soviet era. 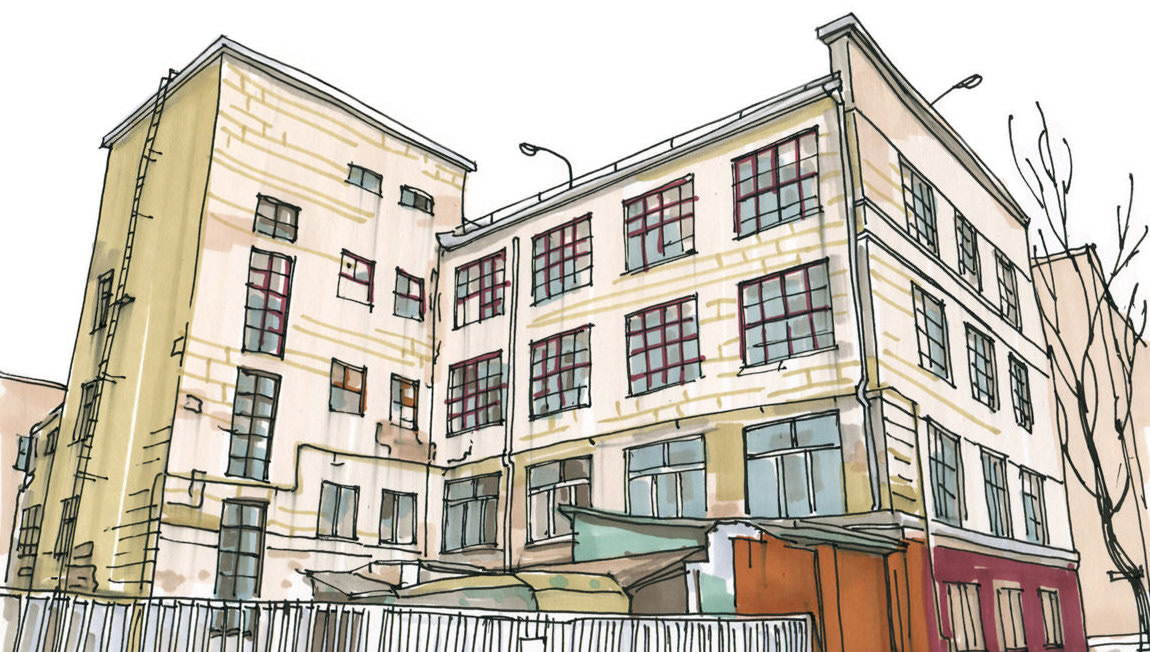 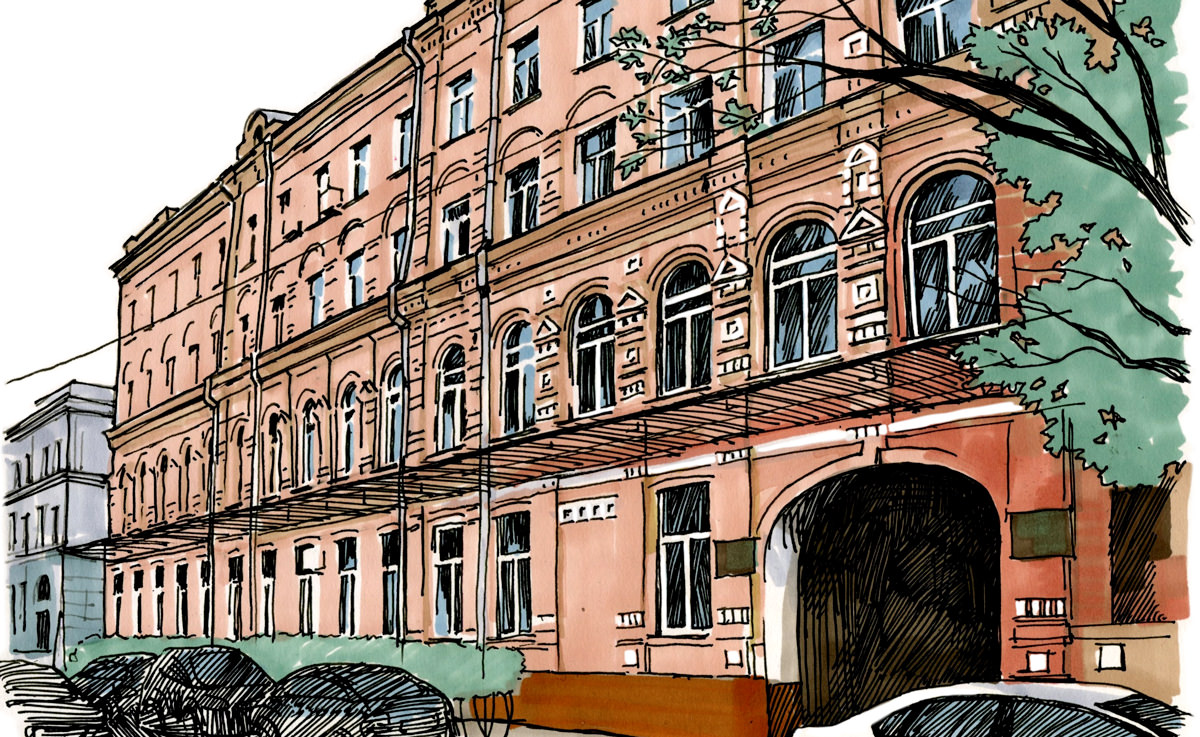 In the 1950s, a golden candlestick was found in the ventilation system in one of the rooms of this building – a reminder of the fact that it was initially a jewellery factory. During the Soviet era, the building housed a leather and footwear training school, dormitory and a continuing education institute for engineering and technical personnel. 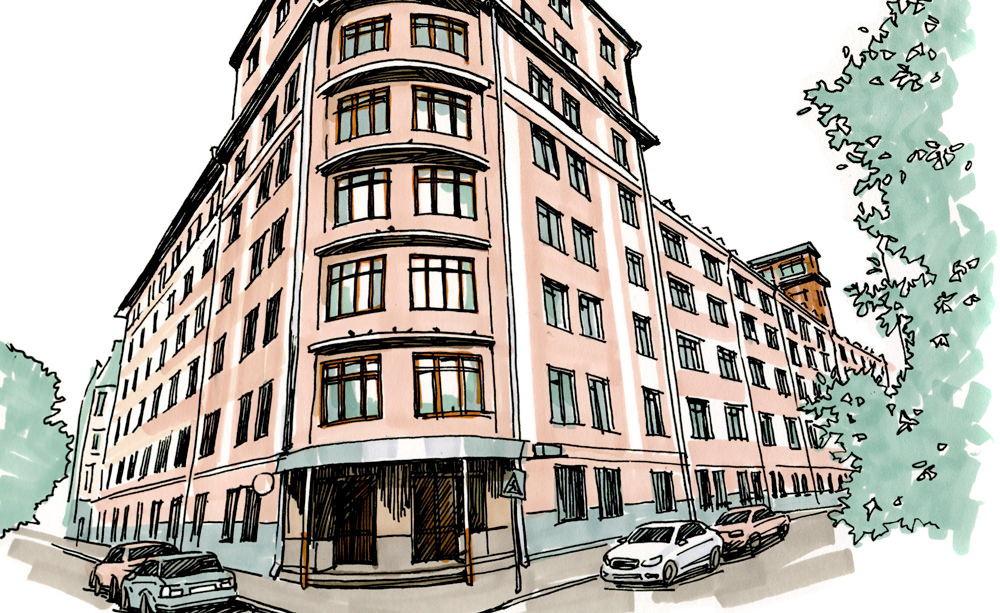 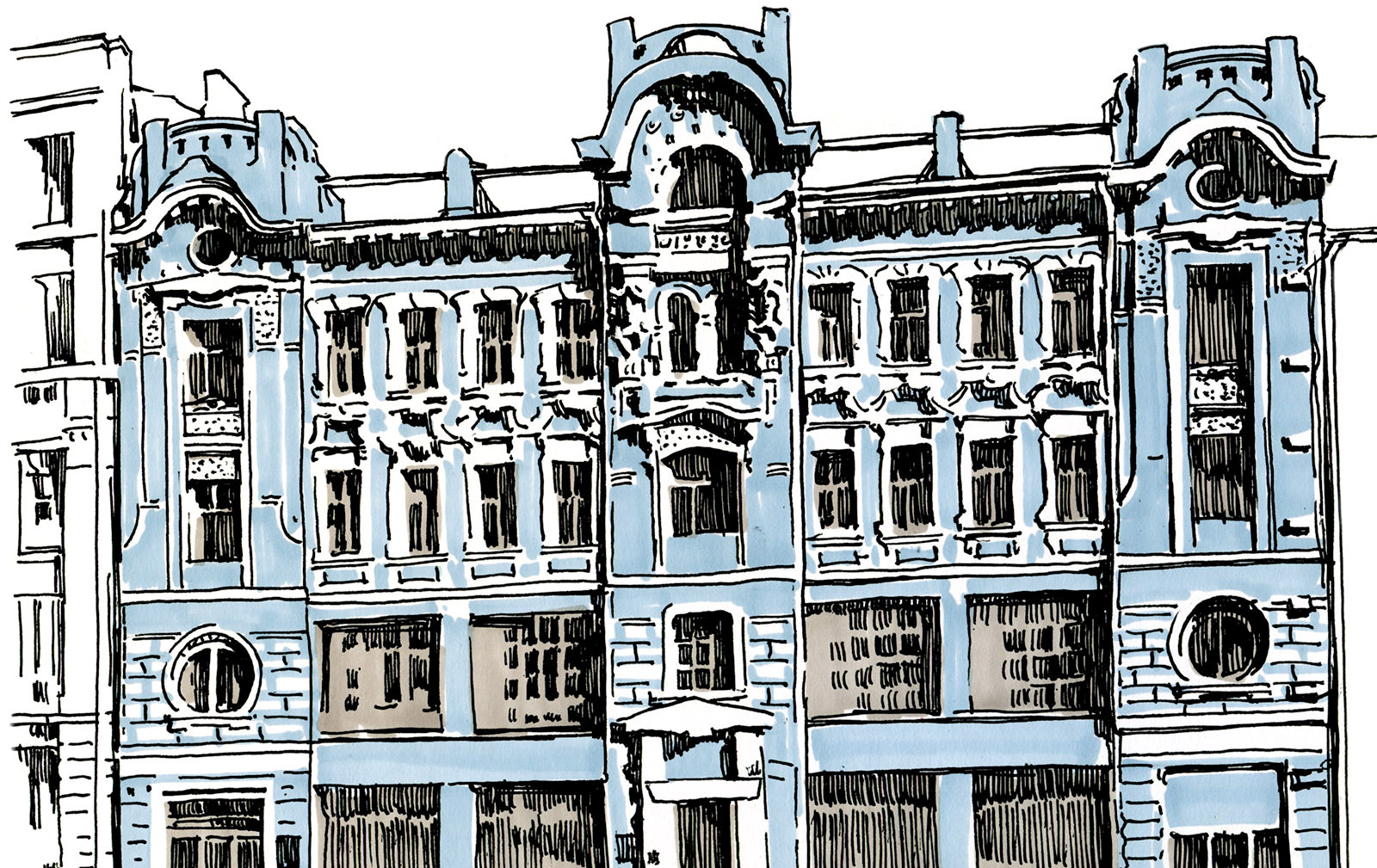 This house was rebuilt first by merchant Old Believers, who owned the largest optical workshop in Russia, then by former peasants who made their fortunes selling houseware. The original appearance of the building changed with time: during the war, the front lost a part of its sculptural decorations and recently an attic floor was added which broke with the initial architectural concept. Even so, number 18 is one of the most remarkable buildings on Myasnitskaya Ulitsa. 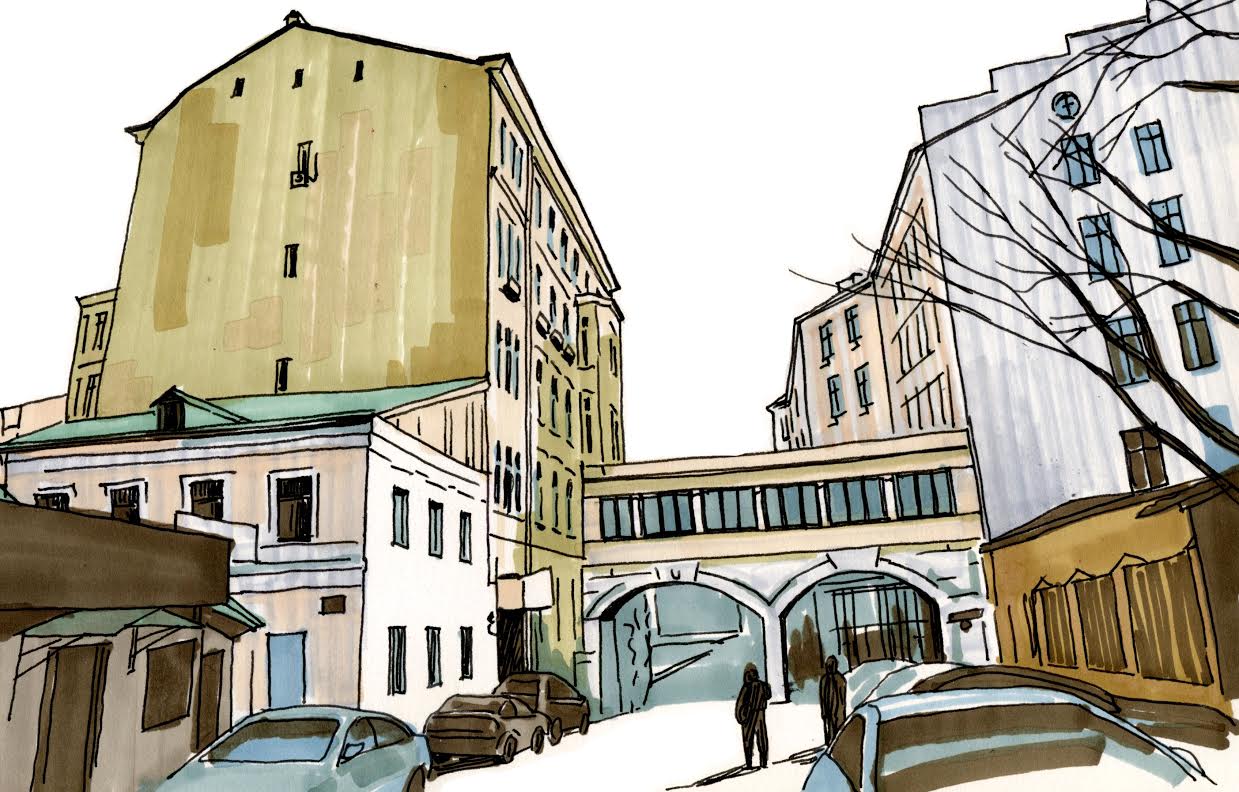 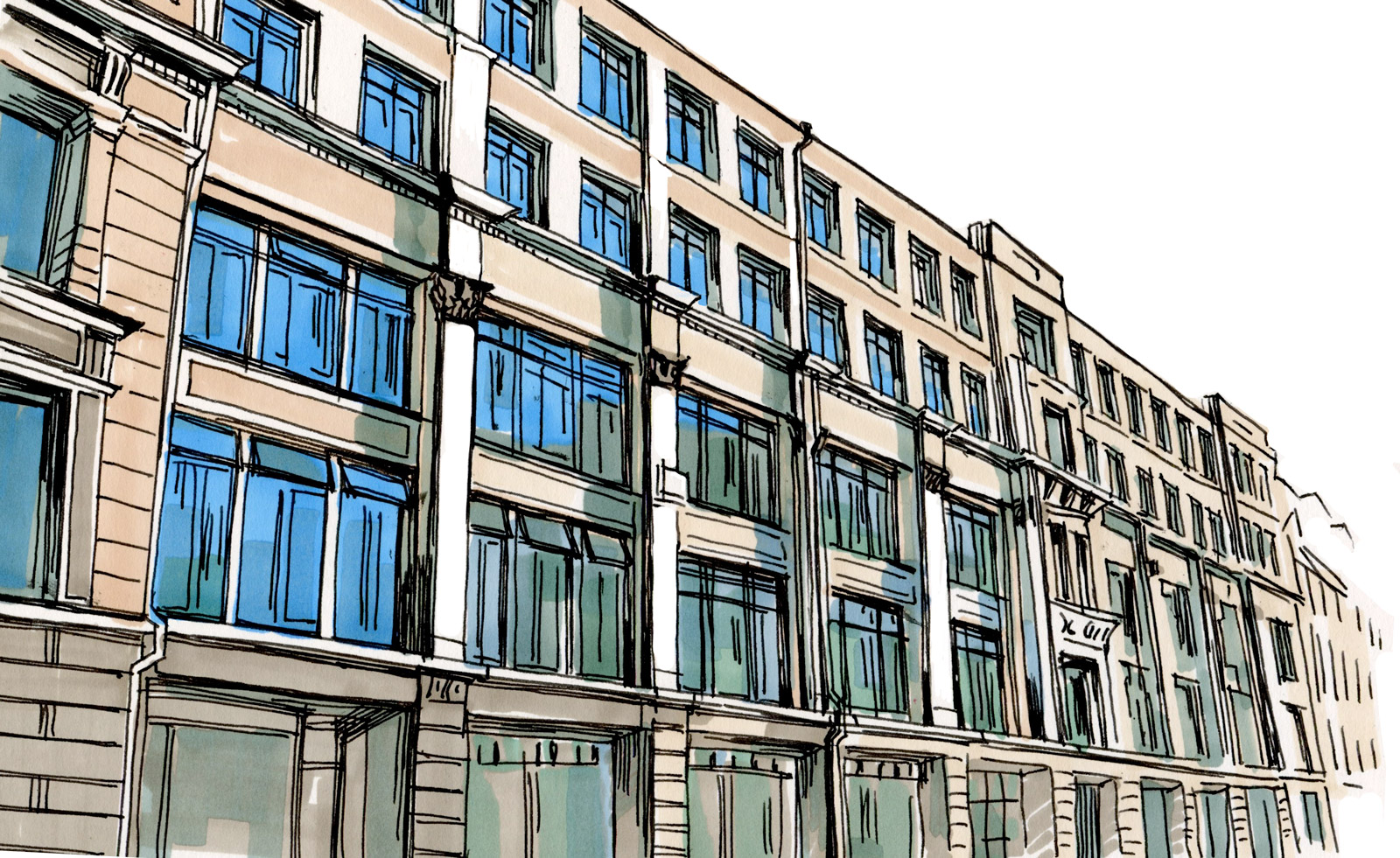 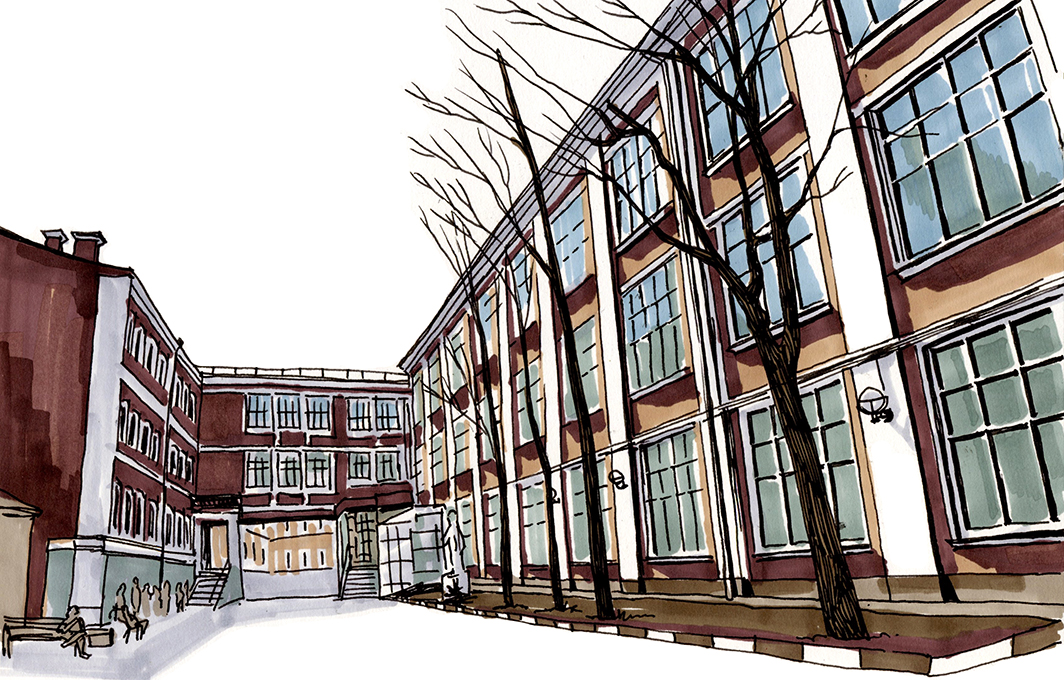 The Shabolovka complex was built in the first part of the 19th century as a silk factory. Its owner was Petr Goujon, a frenchman who ate the local pigeons and flogged his female workers for their misdemeanours. In Soviet days the building acquired a statue of Dzerzhinsky and the nickname ‘Shpul’ka’ (bobbin). 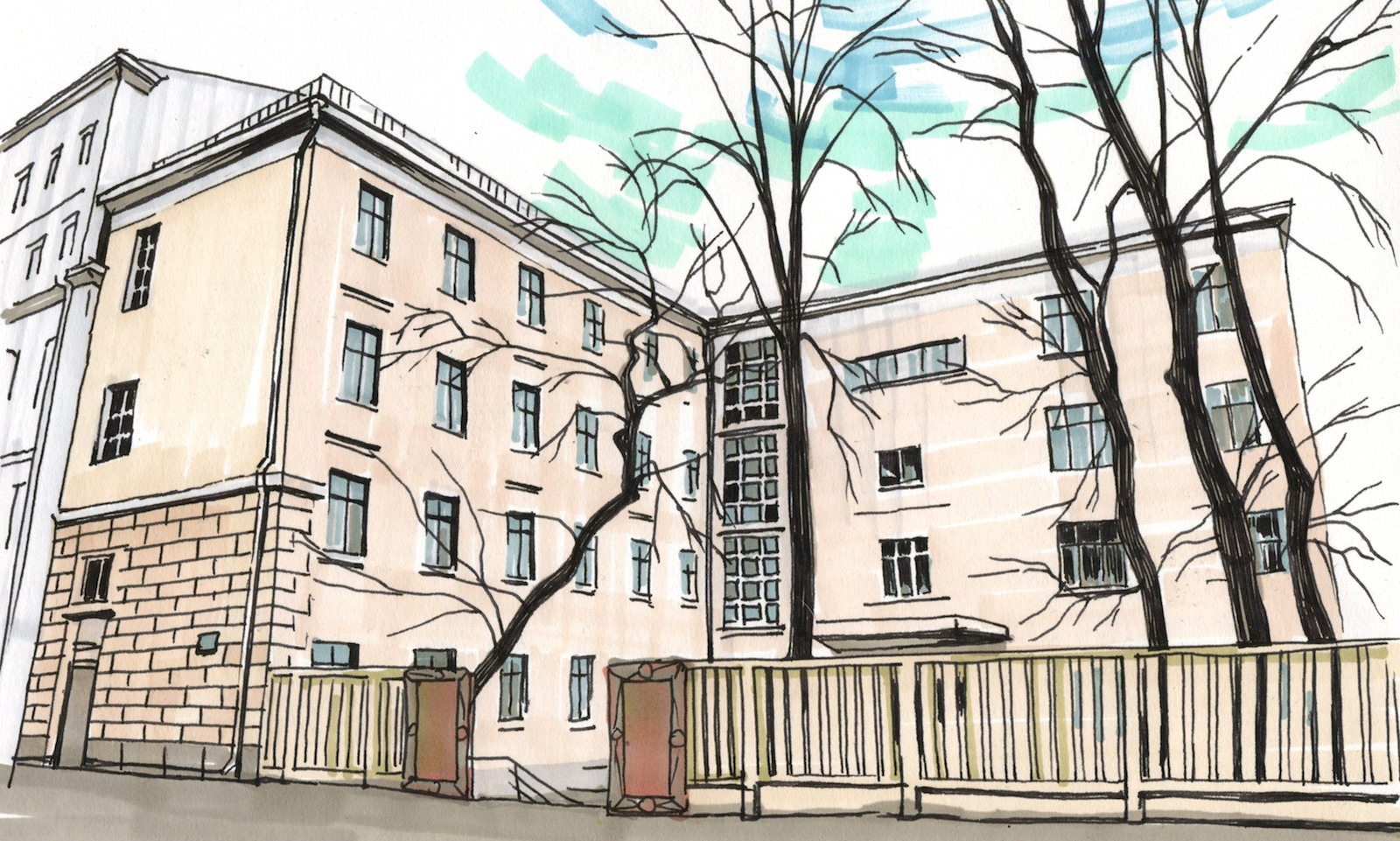 Time and neglect have taken their toll on what was once a beautiful estate at Khitrovka. The architectural finery is lost along with a third of its territory. All that is left are memories of a rich and colourful history. The poet Fyodor Tyutchev spent his childhood here and later Mayakovsky and Erenburg were inmates in a prison on the site. Sofia Kuvshinnikova - the prototype for the heroine of Chekhov’s story The Grasshopper lived here with her husband. This article in the series on the history behind HSE looks at the complex on Khitrovka. 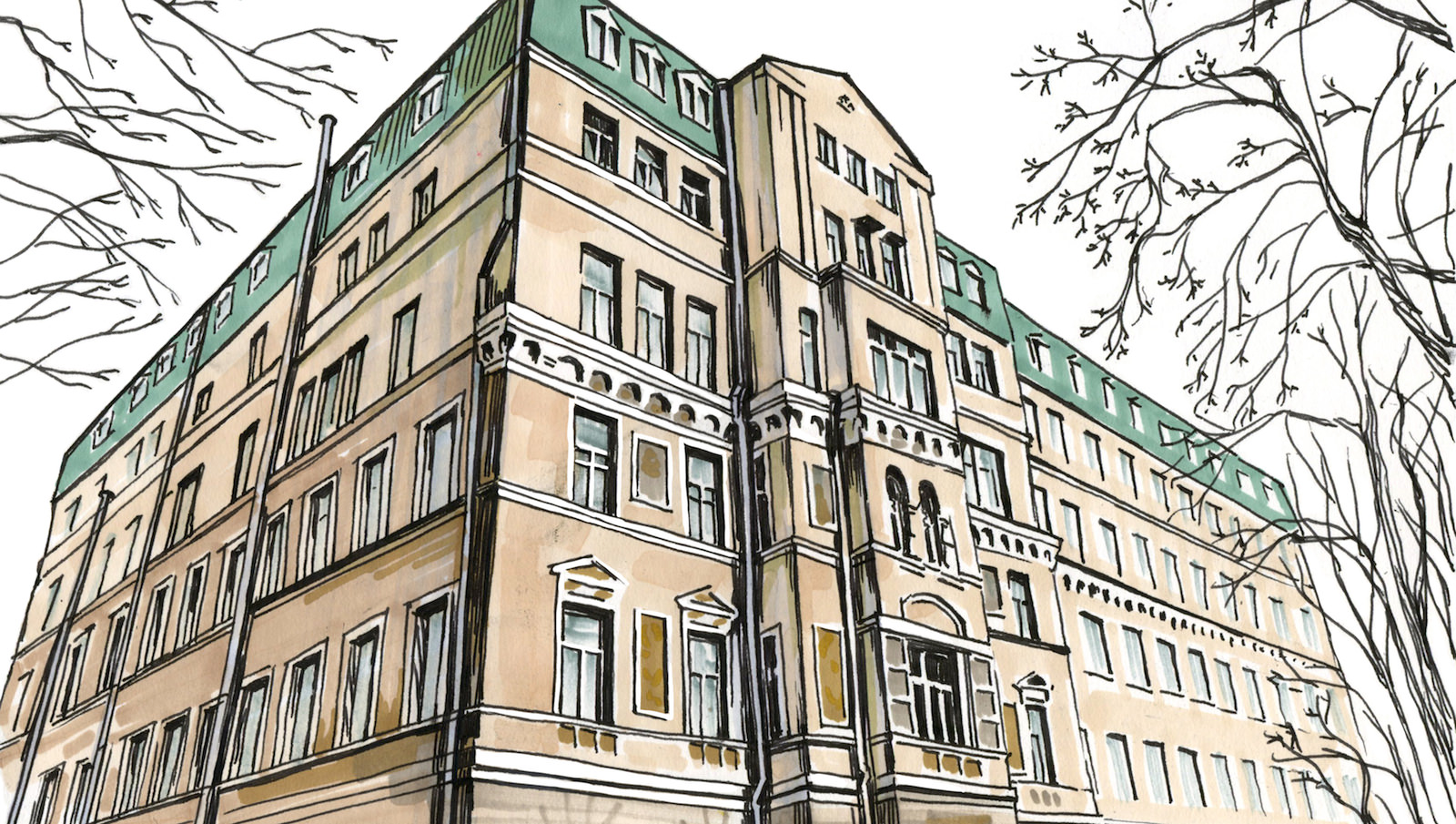 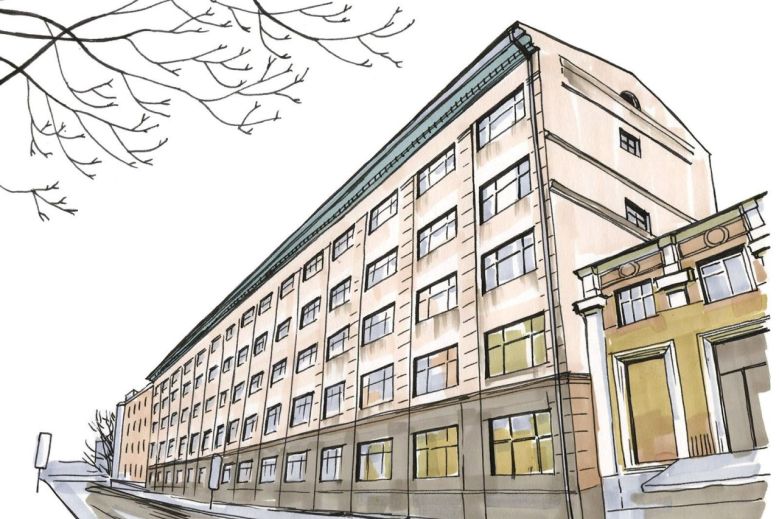 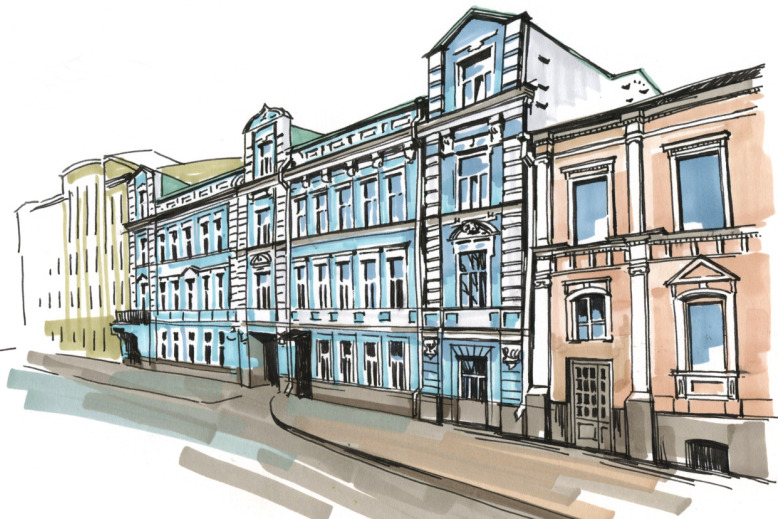 Building 8 on Pokrovsky Boulevard at various times has been a famous girl’s gymnasium, the apartment of the animalist painter Stepanov, and the editorial offices of the Great Soviet Encyclopedia.