From Milyutinsky to Bolshaya Lubyanka 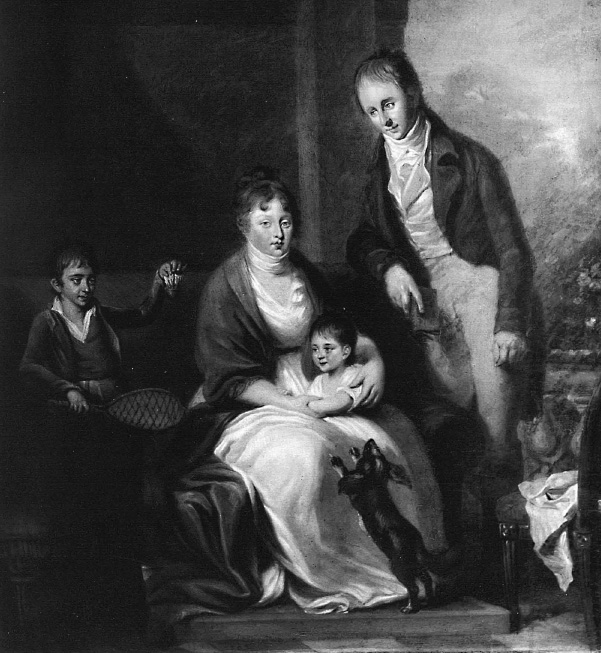 In 1764, Vasily Ivanovich Tolstoy became the owner of the holding. Several important events marked life for him in this house. A year later, in 1765, he assumed the position of Moscow police chief. Peter I had established this position for the first time in Russia. During Tolstoy’s era, it was a troublesome position with a large field of responsibility. The chief of police was a very significant figure, heading all the police and firemen in the city and was responsible for everything related to improving the city: sanitation, trade, roads, etc. He also supervised observance and implementation of laws and court decisions. It was ultimately the chief of police who was was responsible for law and order in Moscow. Tolstoy served in this position until 1770.

This house is where Vasily Ivanovich Tolstoy’s fourth daughter, Elizaveta, was born in 1766. In 1771, his long-awaited son, Sergei, was born. It was Sergei who would continue this branch of the Tolstoy family and who would later become the father of the Decembrist Vladimir Tolstoy.

The mistress of holding – the wife of Vasily Ivanovich – was Alexandra, the sister of the poet and playwright Vasily Maikov (also Vasily Ivanovich). He was not the only relative who was a servant of the muse; the Tolstoys’ second daughter, Maria, was married to the director of the Moscow University, Senator Pavel Ivanovich Fonvizin. Pavel Ivanovich himself also showed literary talent, writing poetry and small prose.

While Vasily Ivanovich Tolstoy was still alive, the family left the house on Bolshaya Lubyanka, having sold it in the late 1770s to a merchant family.

Little is known about life in the estate over the next thirty years. It is known that the structure was not affected during the fire of 1812. From 1817, it belonged to Maria Nalchini, a merchant's wife, which was when the Lubyanka Pharmacy opened. The pharmacy existed here until the beginning of the 20th century. In the 1820s, it was owned by the German Philipp Minder, a descendant of one of Moscow’s first pharmacists.

The specialized sale of medicine appeared in Russia in the second half of the 17th century, and one of the first pharmacies in the area opened in 1699 on Myasnitskaya. Its owner was Daniel Alekseevich Gurchin, a foreigner who was permitted ‘to have a public pharmacy in his little house.’ In the 17th and 18th centuries, most doctors and pharmacists were foreigners. A significant number of them were Germans who had settled in Moscow beginning in the 15th century. Old guidebooks stated that all pharmacies in Moscow could speak with visitors from Germany in their native language.

In the 1830s, the holding was purchased by the sculptor Santin Petrovich Campioni. From here, he would walk to the construction site of the stone church of St. Louis on the next street, Malaya Lubyanka, where he took part in finishing work. 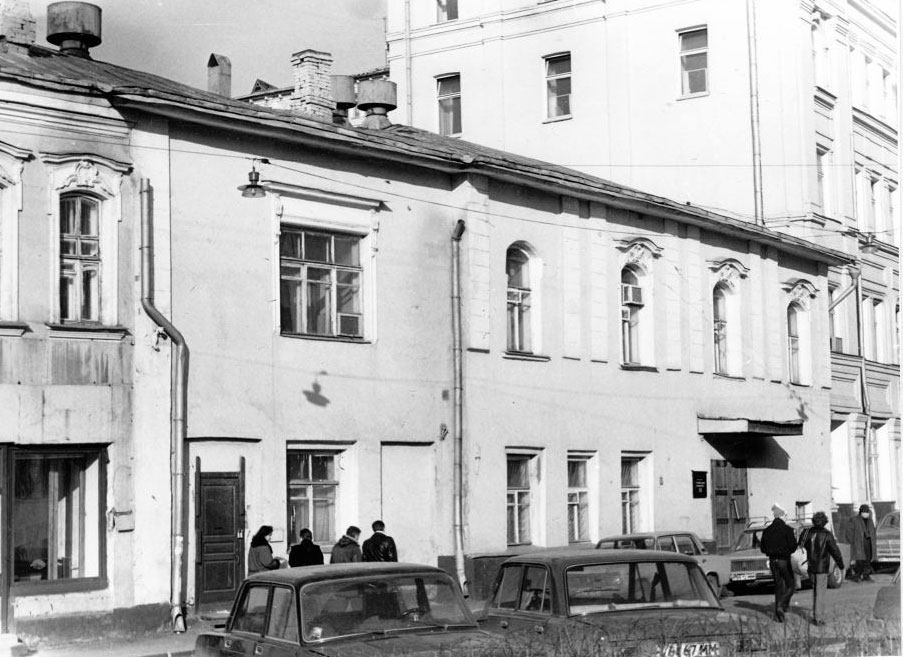 Beginning in the 1850s, the building belonged to the family of Otto Ivanovich Lowenstein, the famous Moscow merchant and owner of women’s clothing stores. Otto Lowenstein was the warden of St. Peter and Paul Catholic Church on Milyutinsky Pereulok, located directly across from No. 13. He was the first president of the committee of the school for deaf children. He was fond of collecting paintings of contemporary artists – not Russian, but rather German and Dutch – carrying on extensive correspondence with them and providing financial assistance.

Otto Lowenstein, a German, was married to Margarita Agapitovna, who came from the Armenian Elarov family. Her father, Agapit Mikhailovich Elarov, was also a Catholic and looked after St. Peter and Paul Catholic Church. The Lowenstein family had only one daughter – Margarita – who spent her childhood in a house of luxury, love and attention, later marrying the young merchant Kirill Nikolaevich Mamontov. Her father did not live to see this day, however, and from 1863, his widow, Margarita Agapitovna, ran the family business. Her contemporaries spoke of her as a domineering, even despotic woman, which largely explains why her daughter was left a widow at the age of 25 with two young daughters (Kirill Mamontov embezzled all the family money and shot himself in France). Young Margarita took a difficult path, creating her own business. 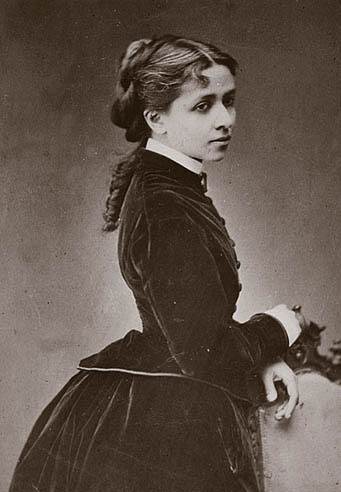 Back in Paris, she taught herself cutting and sewing, and in Moscow opened a small seamstress' workshop that became a fashionable establishment over time. Her beautiful daughters received a good education, and her oldest, also Margarita, married a member of another well-known merchant family – Mikhail Morozov. Her son, the grandson of Otto Lowenstein, is depicted in the painting ‘Mika Morozov’ by Valentin Serov.

From the mid-1890s, the holding between Bolshaya Lubyanka and Milyutinsky Pereulok was owned for a short time by Vadim Petrovich Portnov, who sold it to Prince Alexander Dmitrievich Obolensky. The latter also did not keep it long, and the buildings of the estate fell into disrepair.

During this entire time, No. 13 on Milyutinsky Pereulok was only a general-service building, playing a minor role in the large estate.

In 1899, the holding was purchased by the management board of the Moscow Trading-and-Construction Joint Stock Company, headed by Yakov Rekk. This young and ambitious entrepreneur created a society in order to beautify the streets of Moscow. After buying old dilapidated estates, as in this case, the company would build new ones in their place, with all the amenities that residential houses had at the time. This programme was successful, and in 1900, a residential building with stores (No. 13) was built on the corner of Sretensky and Milyutinsky Pereulok as a project by Moscow architect Vladimir Sherwood, a name that was already well known in Moscow. His father, V.O. Sherwood, was the architect who designed the Historical Museum; his brother, S.V. Sherwood was also an architect; and another brother, L.V. Sherwood, was a sculptor. 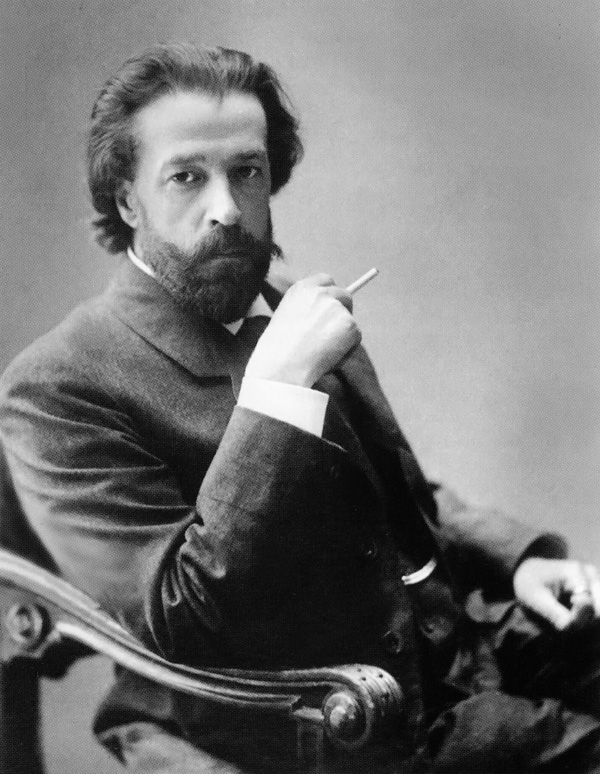 By the time he received the order for the building on Milyutinsky Pereulok, Vladimir Sherwood was working as an architect for the Bromley Brothers Society of Mechanical Plants and the Carl Thiel Trading House. This large apartment building project was his first such independent project.

When it was built, the house was the tallest building on Milyutinsky Pereulok. The notched corner of the building is the centre of the composition where the main entrance is located. Wings stretching along Sretensky Pereulok and Milyutinsky Pereulok extend from it, each decorated with a bay window. It features an expressive corner, central façade with rhythmic variety in the shape and size of the windows, and is finished with a strong triangular gable. The design of the building’s façade has remained virtually unchanged. The picture of the window frame has changed, and at different times, the finish of the two identical bay windows has been altered. On the whole, however, the façade has been kept in the neoclassical style.

The interior of the building has changed completely, with the few surviving elements of the decor. Two staircases in the wings along Sretensky Pereulok and Milyutinsky Pereulok remain from the original plan. The staircases are located inside the bay windows and are lit with large windows, one of which has a semi-circular completion.

The new building housed a variety of shops and businesses. In the 1910s, the Brothers Bashmakov bookstore opened, specializing in textbooks. The Bashmakovs were from Kazan, where they launched a successful business, and at the beginning of the 20th century, they had opened stores in Moscow and St. Petersburg.

During the Soviet period, the building housed a clinic, which was replaced by the oldest organization in the country dedicated to travel and tourism – Intourist. Founded in 1929 by the People's Commissariat of Trade of the USSR, Sovtorgflot and the People's Commissariat for Lines of Communication, the union was virtually an omnipotent monopoly. Intourist had its own fleet of tourist buses, its own staff of tour guides and interpreters, and a chain of hotels. Many countries opened Intourist subsidiaries.

During the war, Intourist was assigned a special role: it served military missions and diplomatic representatives of foreign states. During the Moscow Olympics in 1980, Intourist was the main organization to service all foreign visitors.

Millions of foreigners were received by Intourist, and every Soviet citizen who had the truly unique opportunity to travel abroad had to go through this organization.

View from the window

No. 13 is still one of the tallest buildings on Milyutinsky Pereulok, which makes the view from the window particularly interesting.

The nearest neighbour is a monument testifying to the uniqueness of this place. This is the former St. Peter and Paul Catholic Church, the foundation of which was laid on September 16, 1839. Gold and silver coins minted in 1839 were placed in the foundation as it was laid. The architect of the cathedral was Alexander Gilardi. When it was consecrated in 1845, it became the second Catholic church on Milyutinsky Pereulok. The first was St. Louis Church, which was also built by Gilardi. 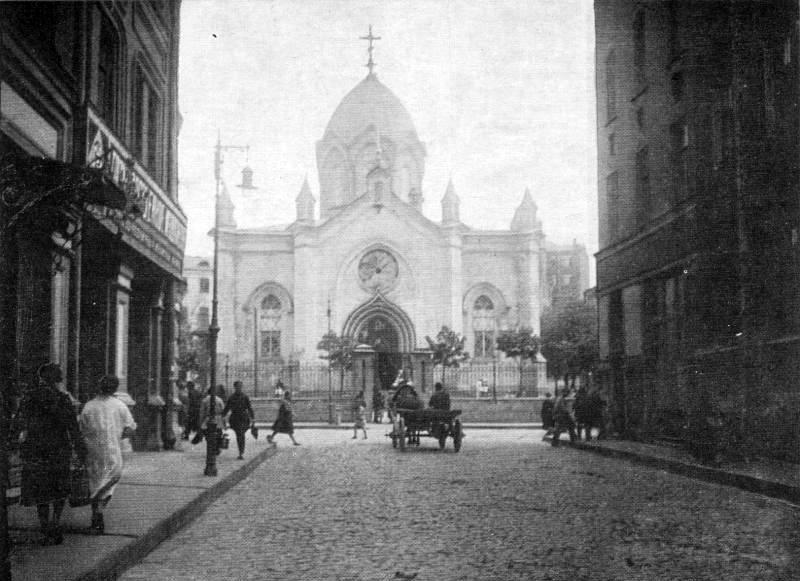 The two Catholic churches next door had a clear distinction: the French community belonged to the St. Louis Church, and everyone else when to St. Peter and Paul. At the time of its construction the church was considered German, later Polish and German, and by the end of the 19th century – and during our era – simply Polish.

Throughout its existence, St. Peter and Paul Catholic Church was involved in charity work. The church housed St. Philip's alms-house, a charity to support poor people of the Roman Catholic faith, a sewing workshop employing girls from poor families, male and female schools, and more.

The cathedral was closed in 1937, and the priests died in the Soviet labour camps. Even before that, however, the first auxiliary institution for mentally disabled children was placed on the territory. After the closure of the church, the building was turned into a cinema, although it never began functioning. During the Great Patriotic War the former church was bombed. The destruction was so great that the building practically had to be rebuilt, including what little had survived.

From 1946 and to this day the building houses the State Design and Experimental Institute of Coal Engineering, which has also modified it for its own needs.

The building has been managed by the Higher School of Economics since 2013.