The Laboratory for Comparative Social Research announces the next  regular seminar, which will be held in Saint-Petersburg (Sedova st., 55-2, room 303) on February, 27 at 16-45 p.m. Emil Kamalov (LCSR research assistant) will deliver a report “The Role of National Pride in Increasing Subjective Well-being of Russians”

Videoconference with Moscow office of the LCSR (Krivokolenny Pereulok, 3, room 3-333) will be provided. Guests from Moscow are invited to make a request for a pass to the building to Anastasia Ionova (aionova@hse.ru)  by 12 am of the seminar’s day.

Guests from St. Petersburg are invited to make a request for a pass to the building to Olesya Volchenko (ovolchenko@hse.ru) by 12 am of the seminar’s day. 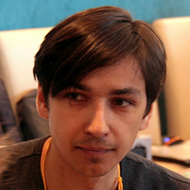