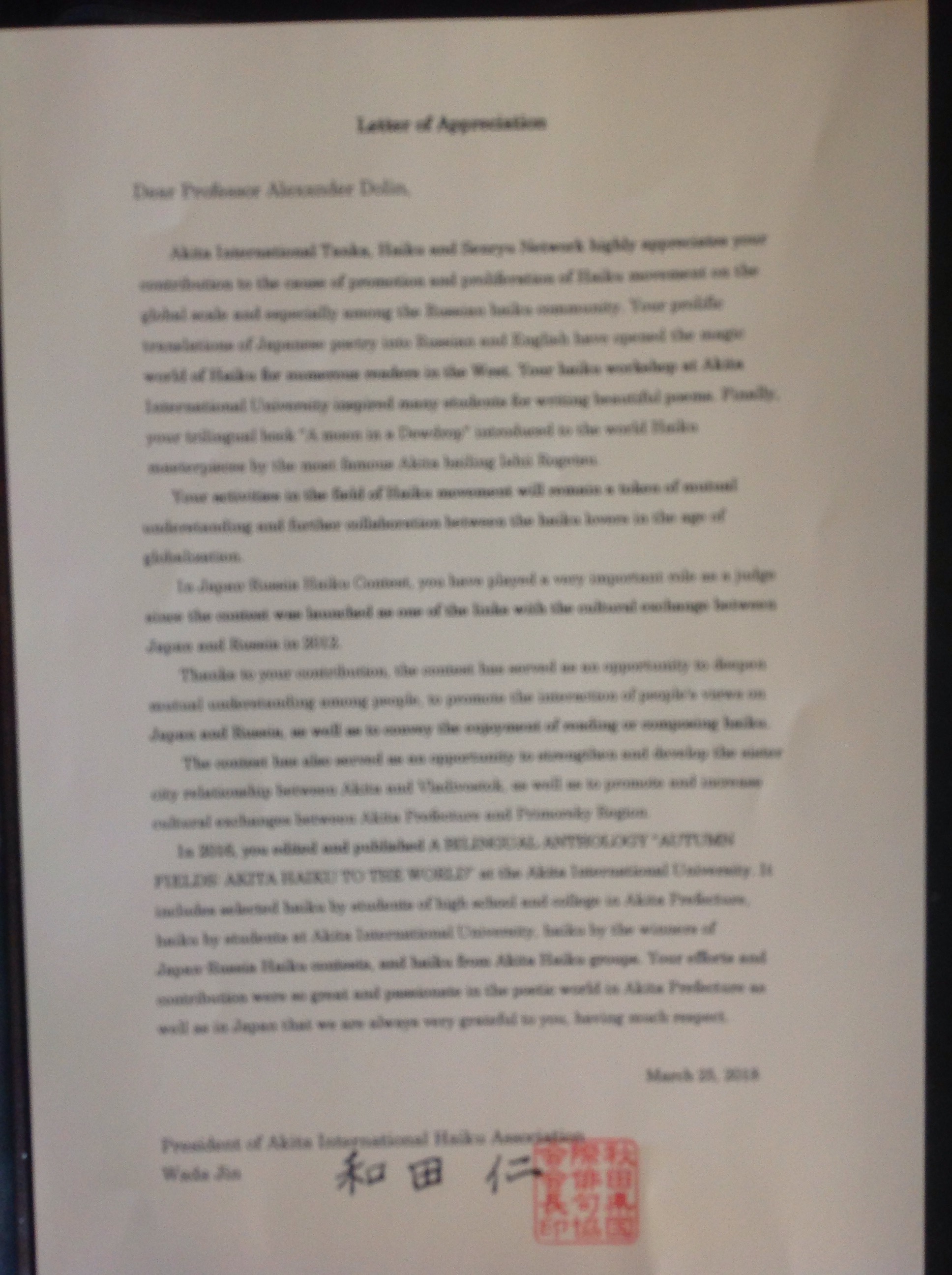 2017  Awarded Professor Emeritus honorary title from Akita international University for the valuable contribution to the foundation and development of the school.

2016   Awarded a honorary medal from the Russian Union of Writers "For the Promotion of International Cultural Contacts".

2015  Awarded a honorary Bunin's medal from the Russian Union of Writers "For the Dedication to Classic Traditions".

1995   Prize of  All Japan Association of Literary Translation (branch of the UNESCO World Association) "An Outstanding Contibution to Culture" for the translation of the classical poetic anthology The Kokinshu (10 c.)

Membership in the scientific societies and creative associations

Delievering courses of lectures in various universities of Europe, USA and Austalia during the period 1992-2017.

The last invitation within "Erasmus Mundis" program of cooperation with the non-European universities:

A course of lectures on contemporary Japanese culture.

2006  Grant of the Japanese Society for the Promotion of Scence for the publication iin Russia of the History of New Japanese Poetry in 4 volumes.

1992   Grant of the Japanese Ministry of Foreign Affairs for shooting and release of the TV documentary series for Channel 1  "Japan - many Ways to the Temple".

1990-91   Grant of The Japan Foundation for the academic research in Japan,