Ivan Arzhantsev talks about badminton, algebra and the Faculty of Computer Science

‘By the standards of this group, I was quite sociable’

I was born in Kiev and lived there until graduation. I studied at an ordinary school, and at some point I became interested in astronomy, but not in the way children usually do, designing telescopes and looking at the starry night. Instead, I was a theorist: I started a notebook and wrote down information about the constellations which I’d found in books. At the end of the sixth grade, I happened to take part in the city Math Olympiad and came second. From that moment on, I abandoned astronomy and started solving Olympiad problems in mathematics. Actually, I've been doing mathematics all my life since then.

In the eighth grade I studied at a specialised physics and mathematics school. By the time I’d graduated, I’d become a professional participant of math olympiads: I got two certificates at the All-Union Olympiad, and was selected for the USSR national team for the International Mathematical Olympiad. However, I did not quite make it onto the first team, I was the third reserve participant. This was a pity, as that year the olympiad took place in Australia. 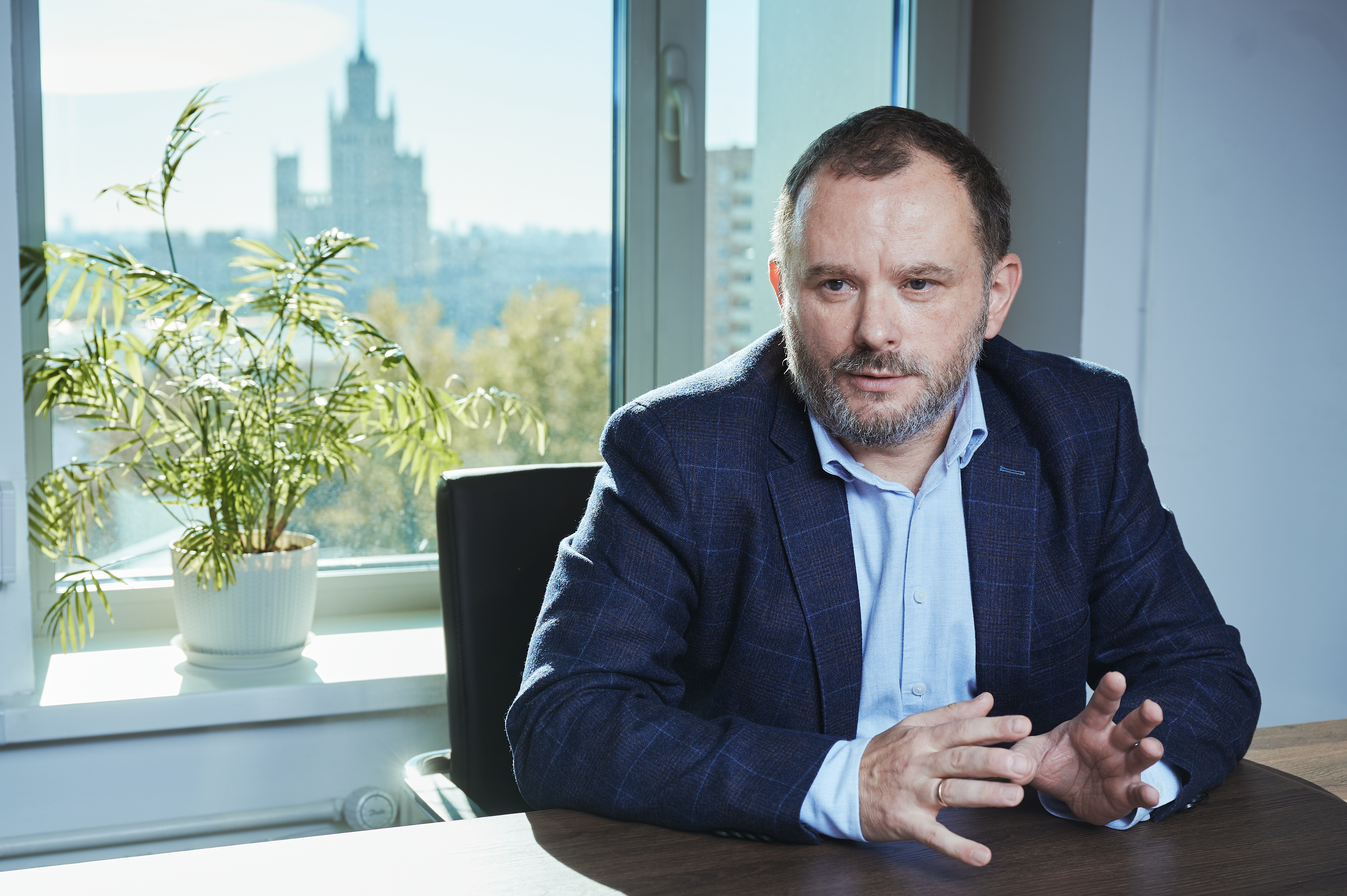 I enrolled in the Moscow State University maths faculty, and in the second year I chose the Department of Higher Algebra. In mathematical faculties, students' social skills were usually in inverse proportion to their mathematical abilities. There were very funny students that went hiking, sang songs, and they were not very good at maths, while in the stronger groups, people often didn't know each other's names. I was in a strong group, but at the same time, by the standards of this group, I was quite sociable.

I started playing badminton at the end of high school. Given my physical shape, the possibility of becoming a serious athlete was zero, but I was fanatically keen on badminton. This is a very tough sport, a professional badminton player runs 40 times further per game than a tennis player. I played in Kiev, Moscow, and France, on rented indoor courts and in parks. About 12 years ago, while playing in Grenoble, I tore a ligament, and this aspect of my life came to an end.

Except for badminton, I prefer working to most pastimes. In parallel with my doctoral studies at Moscow State University, I taught at the Moscow Pedgogical State University, and after my viva, I joined the Department of Higher Algebra of the Mathematics faculty, which I graduated from and where I defended my thesis.

Then I became assistant, associate professor, I supervised 10 candidate's dissertations, and in 2010 I defended my doctoral thesis. I had two more years left until I was 40; at that time it was ‘traditional’ to defend your dissertation after 40, and I was told that if I didn't want to wait, I would have to do something outstanding. Well, I did my best... 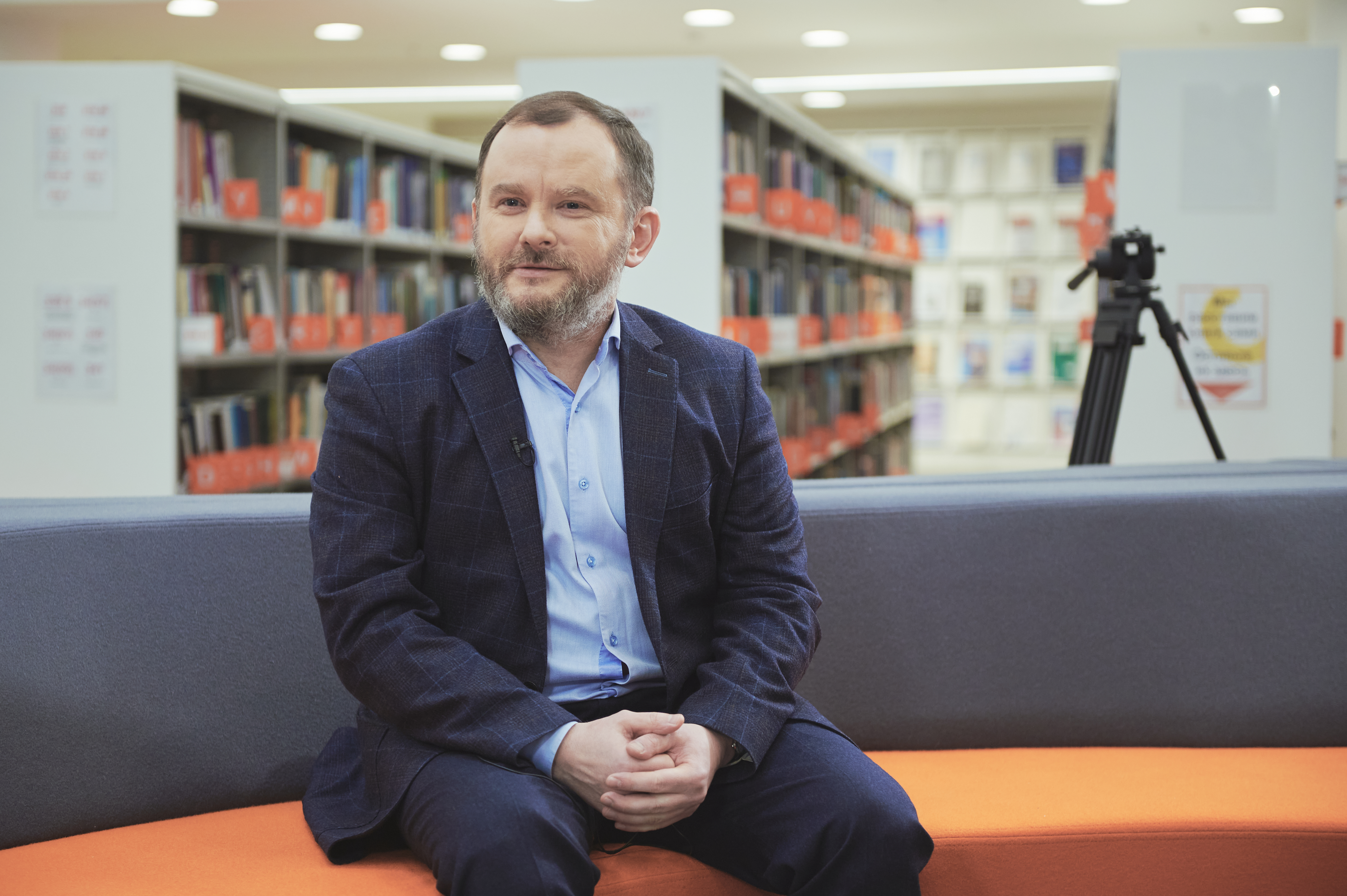 The golden days of the maths faculty were before I was born. But I don’t think I missed anything, I met many of the great mathematicians. Ernest Vinberg was my supervisor from my third year onwards, right through to my doctoral defense. Two years ago, he passed away due to Covid, and this was a great loss for me. I met many other outstanding mathematicians. Once I had to leave a report at a seminar which was being presented by Alexander Kirillov: I listened for 15 minutes and then left to go to the theatre, because I had promised to be there. I remember very clearly that the play was nothing compared to the report: Kirillov gave reports in a way that took my breath away.

There were some circumstances that could have made me quit mathematics. My children were born and needed to be raised and provided for. In the 1990s, many mathematicians started programming to earn money, but I decided that if things got really tight, I wouldn't start programming, I would instead try to study the stock market. But fortunately it didn't happen, and I continued to study algebra.

Almost every year I went abroad for several months, working at the University of Tübingen and at the Joseph Fourier University in Grenoble. I learned to work with foreign colleagues, and to write works in co-authorship, which boosted my professional development. 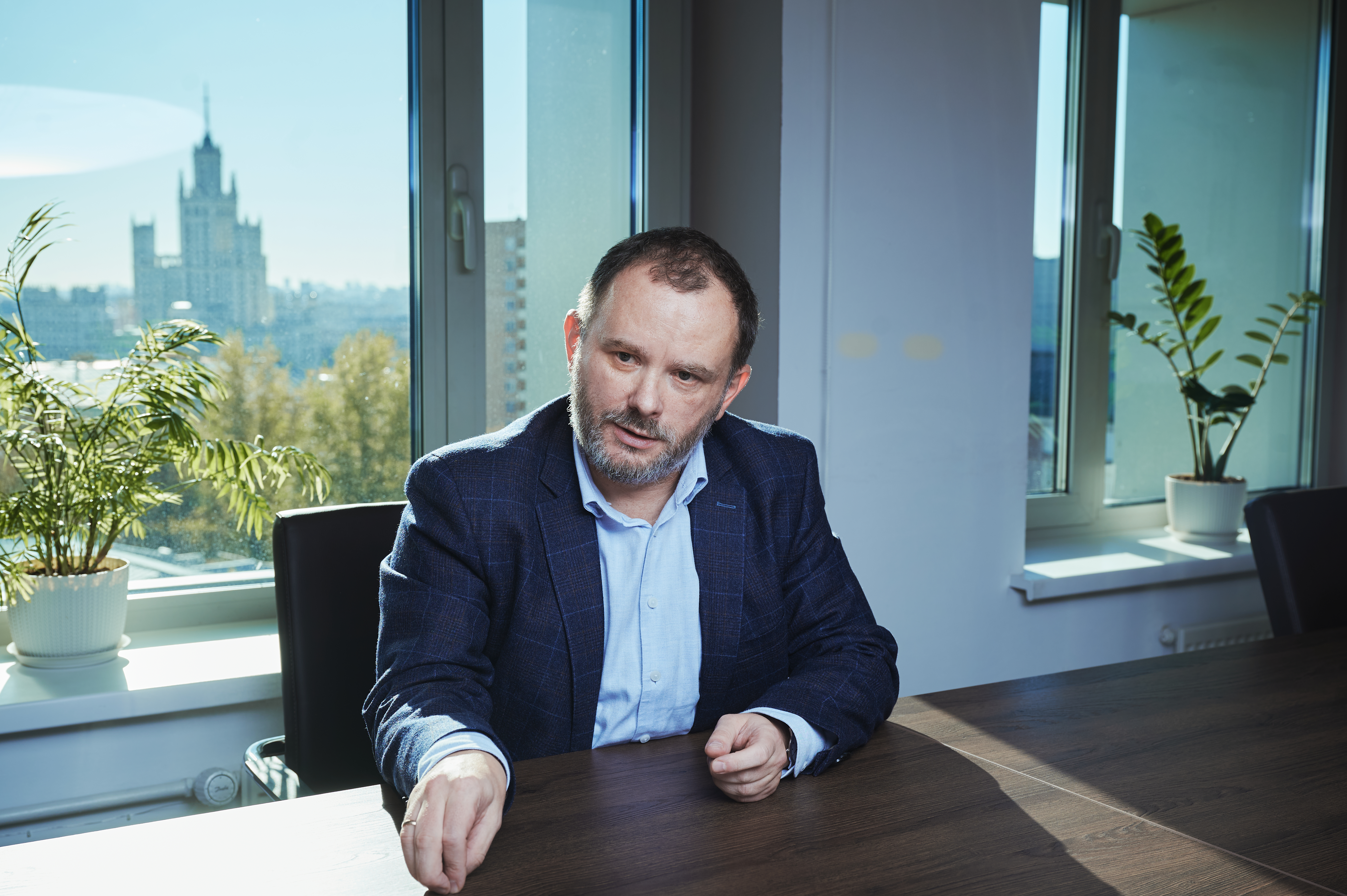 In 2012, my colleague at the department, Elena Bunina, suggested cooperating with Yandex. At that time I was planning a long trip to Ludwig Maximilian University in Munich, but when I came back, I kept on working at the department and started to cooperate with the company as head of the academic programmes group. We were responsible for cooperation with universities and for working with schoolchildren, who took part in the work of the School of Data Analysis. It was relevant and interesting to me. However, I knew that the corporate environment would never be as dear to me as the academic one.

‘Only a scientist can be a dean’

When in 2014 Yandex initiated the establishment of the Faculty of Computer Science at HSE University, I gladly accepted the offer to transfer to the new faculty — to return to the academy, and immediately in the position of dean. I had no previous experience in management and organizational work, but I was intrigued enough to try. 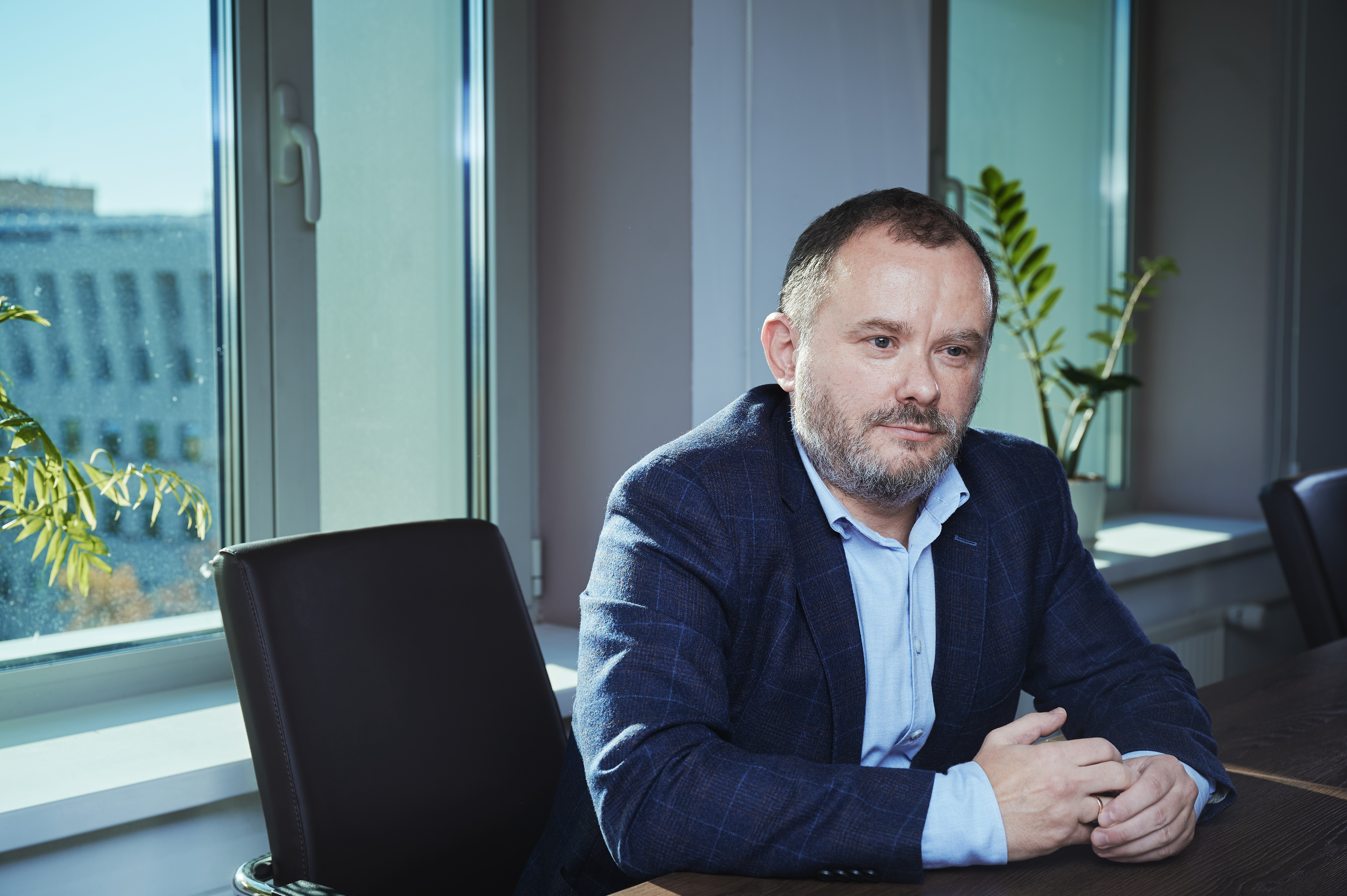 At one of the first meetings on the creation of the faculty, Yaroslav Kuzminov, now former rector of HSE University, asked whether I was a scientist, and, having received an affirmative answer, said that this was enough: ‘Only a scientist can be a dean, otherwise they will not respect us, whle the specific field is not a problem.’ I quickly found the advantages of not coming from a Computer Science background. Computer science is very extensive, and every specialist thinks that his field is the most interesting and important. I can be unbiased. When it is necessary to make a decision, I need to rely on the opinion of specialists. Fortunately, many oustanding researchers from various fields of science work at the Faculty of Computer Science, and there is always someone I can turn to for advice. I have been putting together this team for many years and I am very proud of them.

‘We will do our best to keep the bar high’

The Faculty of Computer Science first opened its doors in the summer of 2014. Back then, we had only two bachelor's and two master's programmes. Now we have five bachelor's programmes, nine master's programmes, and about 3,500 students in total. We have also established 13 research laboratories, the Continuing Education Centre, the Centre of Student Competitions, and many other departments and projects. 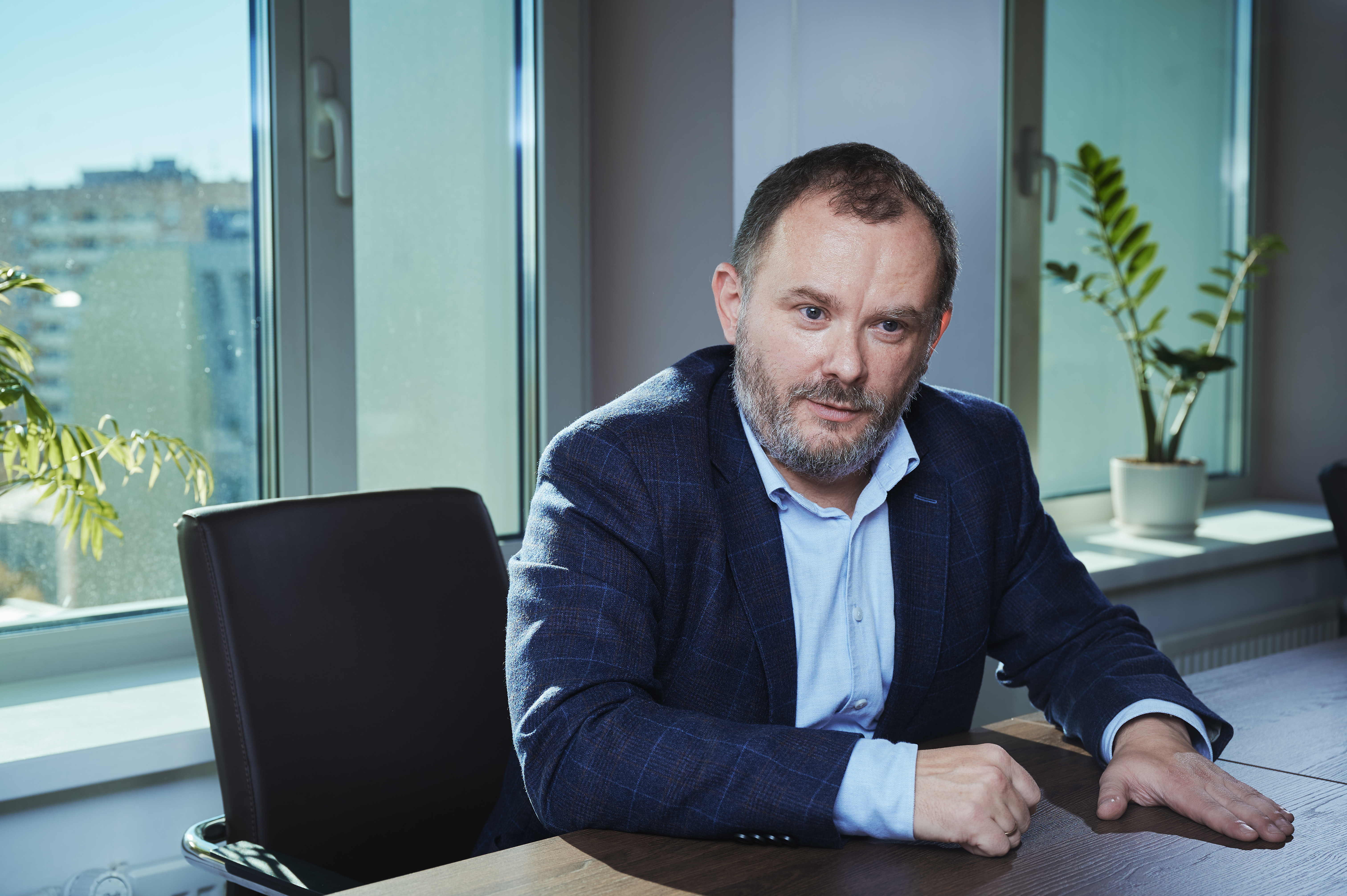 As an experienced olympiad participant, I can't help but be competitive. I was really glad to learn that according to the HSE system of evaluating the effectiveness of faculties in 2021, our faculty took the overall first place. We will do our best to keep the bar high.

For more than eight years of work, the faculty has become a family for me, it is difficult now to imagine myself in another team, in another environment. But it is important not to become an ‘administrative employee’. Family and maths help me enormously in avoiding this fate. I run a small research laboratory, where we study algebraic transformation groups, write articles, attend conferences, and organize seminars and schools. I have recently noticed that since 1997 I have had at least one article published every year in an academic mathematical journal. This year six papers will be published: reviews in the ‘Russian Mathematical Surveys’ and in ‘Algebra and Analysis’ and articles in international journals, including Selecta Mathematica and IMRN. I’ve never been so busy.

November 01, 2022
HSE People
Spotlight
Events
This Week’s Events at HSE University
An evening of music at the Cultural Centre, an Asia Festival, and a seminar about failure.
University Life
New Grusha Café
A new café is now open at the HSE building on Malaya Pionerskaya
Research
Selection Begins for Projects on Scientific, Technological, and Socioeconomic Forecasting
Life Style
Where to Grab a Coffee, Have Lunch, or Meet with Friends Near HSE University
We’ve prepared an updated list of cafés, restaurants, and cafeteria around Myasnitskaya, Ordynka, and other HSE buildings in Moscow
Research
HSE Support for Research in 2023: New Bonuses and Competitions
As a result of the need to respond to new challenges, several important decisions have recently been made
University Life
‘I Spend 10–13 Hours at HSE University Every Day, and Half of That Is in the Library’
At the end of 2022, the HSE Library announced the launch of its new ‘Total Immersion’ project. Now, HSE University staff and students can take a tour of all of the library’s internal departments in the Pokrovka building