Useful Surprises Ahead of the New Year

An advent calendar with gifts is usually seen as a source of entertainment for children, but away with conventions. Everyone loves to receive presents, but HSE loves to give them. Each day between December 1st and 24th, the windows of a virtual calendar will display links to some of HSE’s most interesting courses, lectures, and excursions set to take place soon, as well as recordings from past events. The result will be 24 presents for absolutely everyone to enjoy.

Advent Calendar: What It Is and Where the Tradition Came From 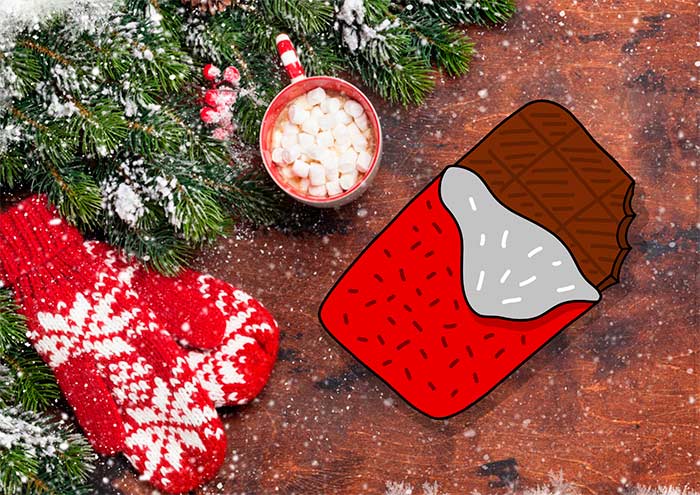 Shukhov Lab invites you to join the 3D chocolate printing workshop under the guidance of Beno Juarez, founder of FAB LAB Peru, and Ivan Mitrofanov, Shukhov Lab's leading expert. Participants will explore the possibilities of digital manufacturing and its application to the creation of new products based on cocoa and chocolate. Registration deadline is December 2. The list of participants will be posted on December 4. 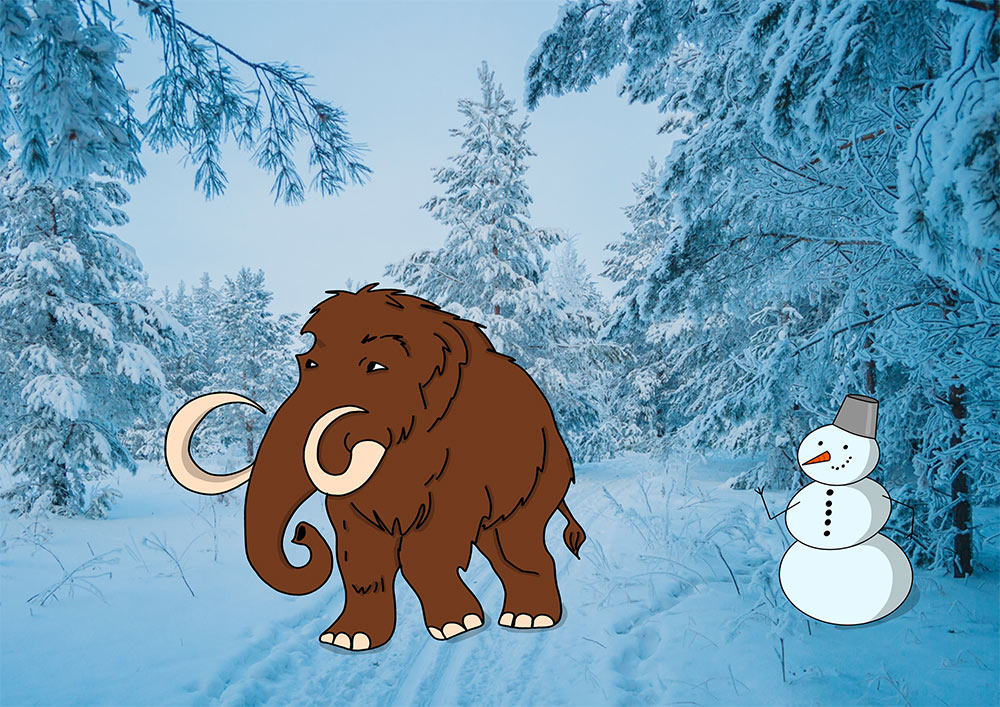 Attend a lecture about intellectual property

HSE's Faculty of Social Sciences is hosting an open lecture by Sidney Filho, Ph.D. Professor of Law at School University of Fortaleza (Brazil) who works at Court of Justice (State of Ceará in Brazil). Professor Filho will talk about the concept of intellectual property, its types and comment on some intellectual property infringement cases involving such major companies as Apple and Samsung, McDonalds, Warner Bros and others 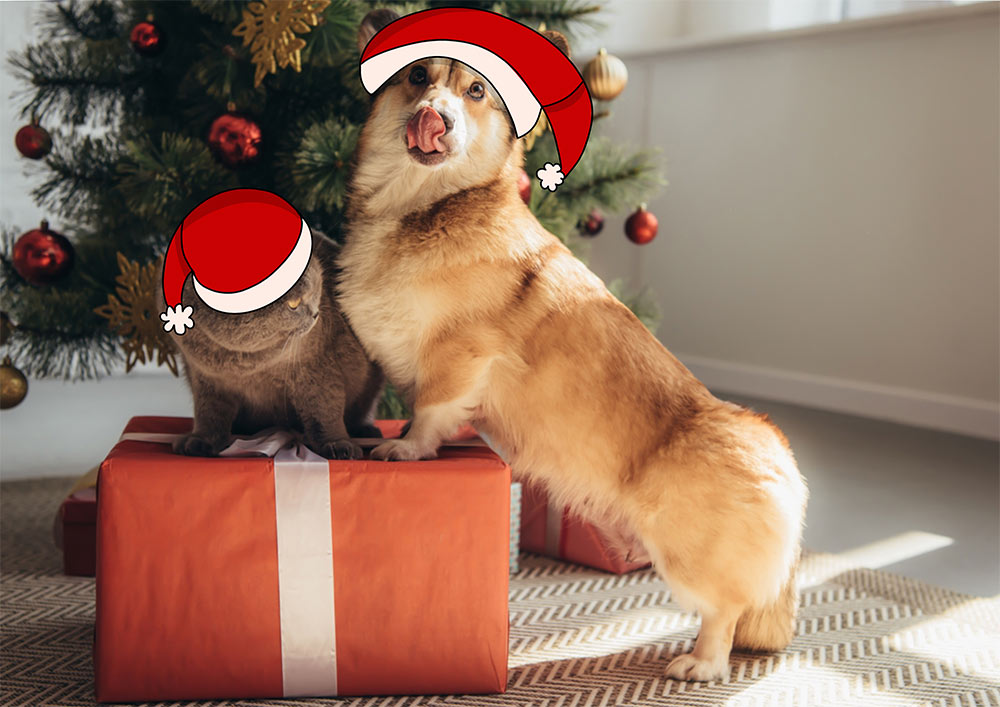 Are you interested in Russia’s fascinating history and culture, as well as how its policies are shaped these days? Are you keen to continue your studies at one of the best Russian universities? If so, HSE University invites you to take part in a webinar on its brand new English-taught Master’s programme in Russian Studies. Together, we can delve into the many mysteries of Russia and solve its riddles once and for all!

Learn more about the technological future that awaits us

Professor Armin Grunwald, Head of the Institute for Technology Assessment and Systems Analysis at Karlsruhe Institute of Technology, will give a lecture on Technology Assessment and Images of the Technological Future at the HSE School of Psychology. Professor Grunwald will talk about the unintended negative effects of technological advances on various aspects of human life. He will also discuss tensions with democracy, the role of citizens, and sustainability of technological development in the face of environmental issues

HSE University invites you to take part in a webinar on its English-taught Master’s programme in Political Analysis and Public Policy. The programme in Political Analysis and Public Policy develops students’ competencies in such areas as conflict analysis and conflict resolution, public policy agenda-setting, stakeholder analysis, an actor-centered approach to policy-making and implementation, social research, data collection and analysis of public policy issues, group work and leadership in dynamic environments. 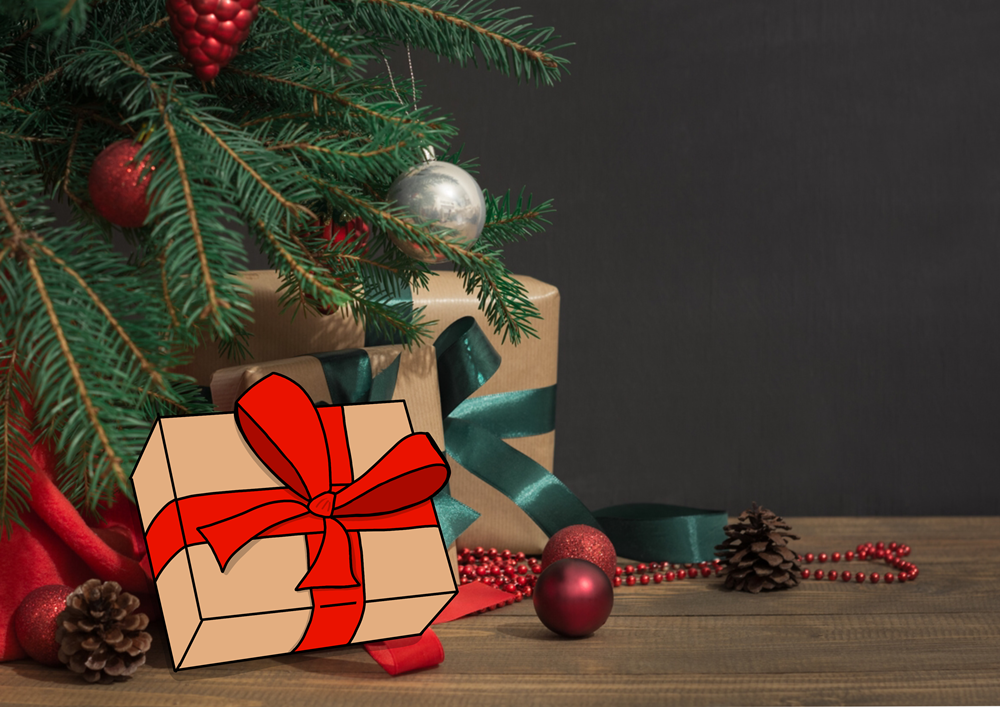 'Is Atlanticism Fading Away?' Lecture at the Faculty of World Economy and International Affairs

Alan Cafruny, Henry Platt Bristol Professor of International Affairs at Hamilton College (US) will talk about the transatlantic relationship that has served as the ideological, economic, and geopolitical center of the American global imperium for six decades. Can it survive Trump's "America First" policies, the rise of populism, and China's ascent? Find out from the lecture. Registration is required.

The exhibition at Belyayevo Gallery features works by sophomores from the Photography in Fashion and Advertising bachelor’s programme of the HSE School of Art and Design. The exhibition is a study of Belyayevo, a neighbourhood that is not actually an administrative unit, but exists as a sort of cultural phenomenon widely known among Muscovites.

Take part in a recycling drive organized by Green HSE

December is usually dedicated to preparing for the New Year, which often includes cleaning. By the way, how long is it since you sorted through your clothing? Are there a lot of things that you haven’t worn for months or even years? Does everything fall on your head when you open your wardrobe? In order to stop you from hoarding, Green HSE and Charity Shop have once again organised their regular REclothing campaign to collect unnecessary things. Collection boxes will be available in HSE buildings

The Winter School is organized jointly by HSE and Saint Petersburg State University. The aim of the school is to overview the principal trends in contemporary theoretical mathematics dealing with symmetry and complexity in a broad sense. The school invites senior undergaduate students of mathematics and related fields, as well as graduates of BSc programs planning to continue their studies of fundamental mathematics. The school will be held February 1 - 6 at the HSE Faculty of Mathematics in Moscow

Extend the holiday spirit and donate or exchange presents 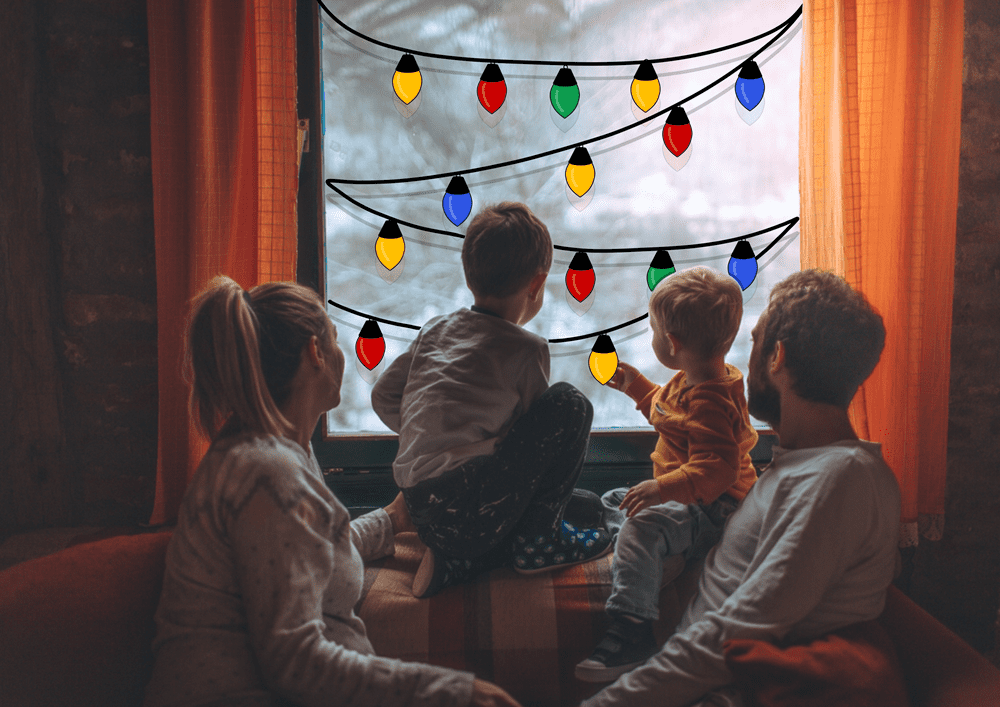 Intrada, a well-known Russian-based vocal ensemble of a new generation, directed by Ekaterina Antonenko, will perform at HSE Professors' Club. The concert will feature music by Bach, Titov and Bortniansky 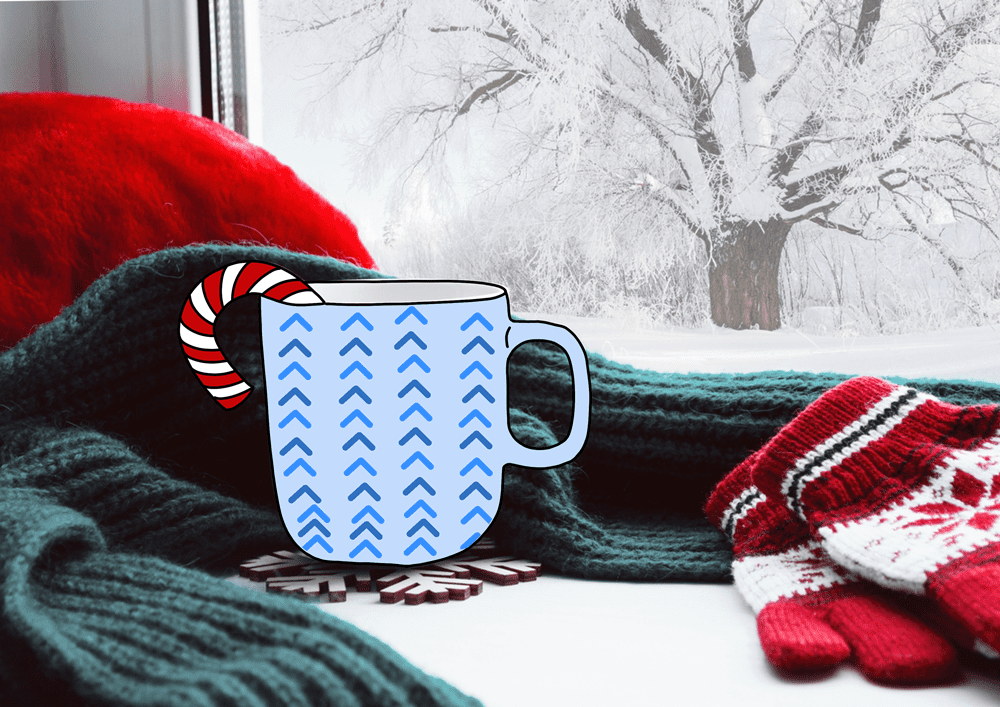 Irina Filatova, Professor at the HSE Faculty of Humanities, invites you to delve into the history of Stalinism in Russia. The four-week course presents the life and deeds of Joseph Stalin, the leader of the Soviet Union from 1924 till 1953, and examines the phenomenon of Stalinism and its significance for Russia and beyond. 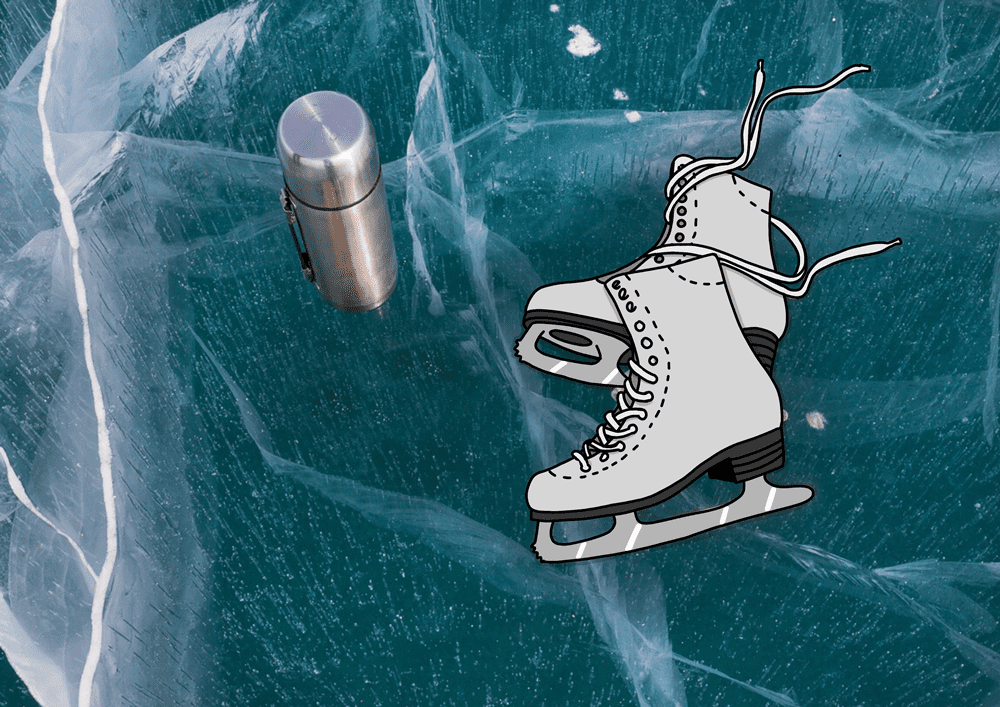 This year's school will focus on contemporary world politics, Russian language and culture. Courses offered will address the Russian Federation's international economic and political strategy, its relations with leading countries, issues of social changes in modern society, and political transformation in the international arena. The programme will be held in Moscow so you will also have an opportunity to explore this beautiful city. 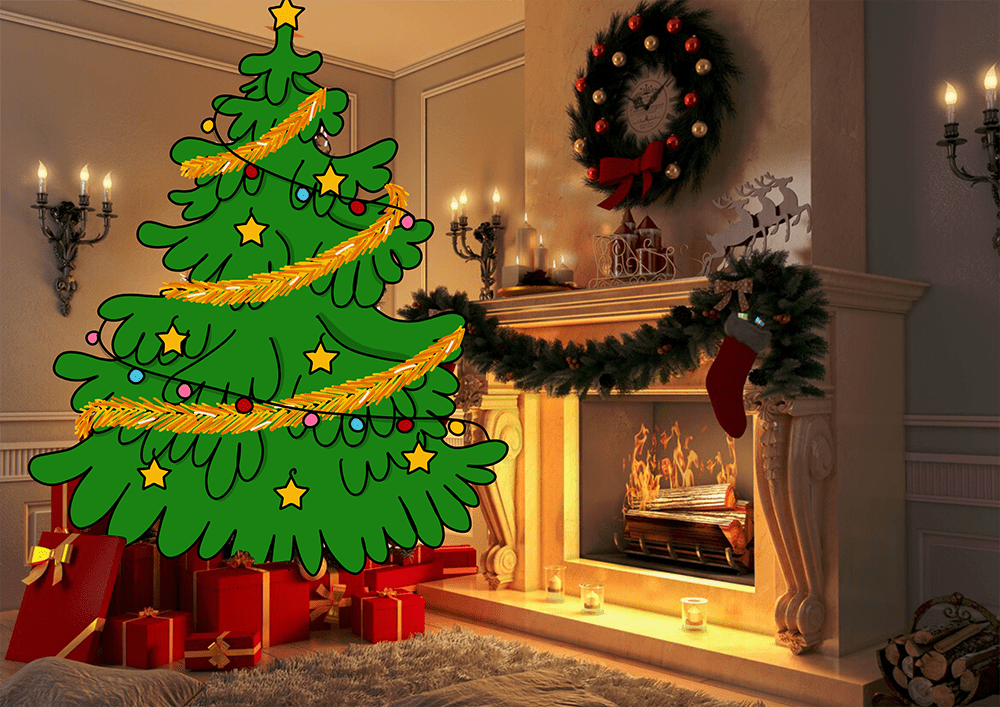 The meeting is the perfect opportunity for you to: 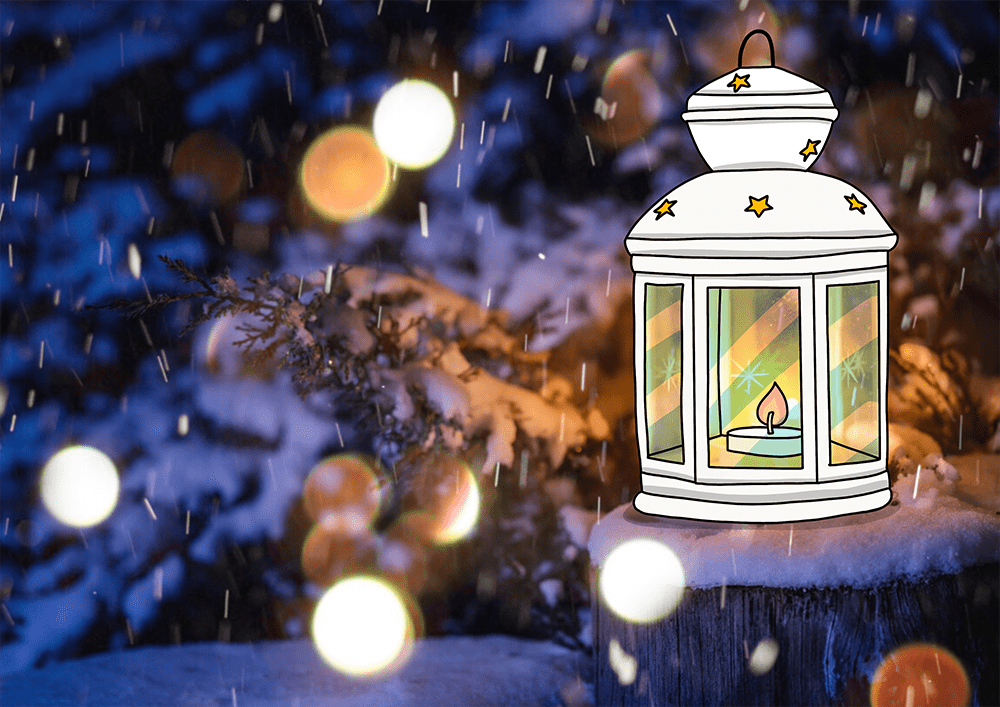 Learn more about applying to HSE

In 2019, HSE will be offering 9 Bachelor's and 31 Master's programmes taught entirely in English. You can apply online and even take entrance exams from the comfort of your home - via an online system. Don't miss your chance to study in one of Russia's most beautiful cities as HSE proudly boasts campuses in Moscow, Saint Petersburg, Nizhny Novgorod, and Perm. 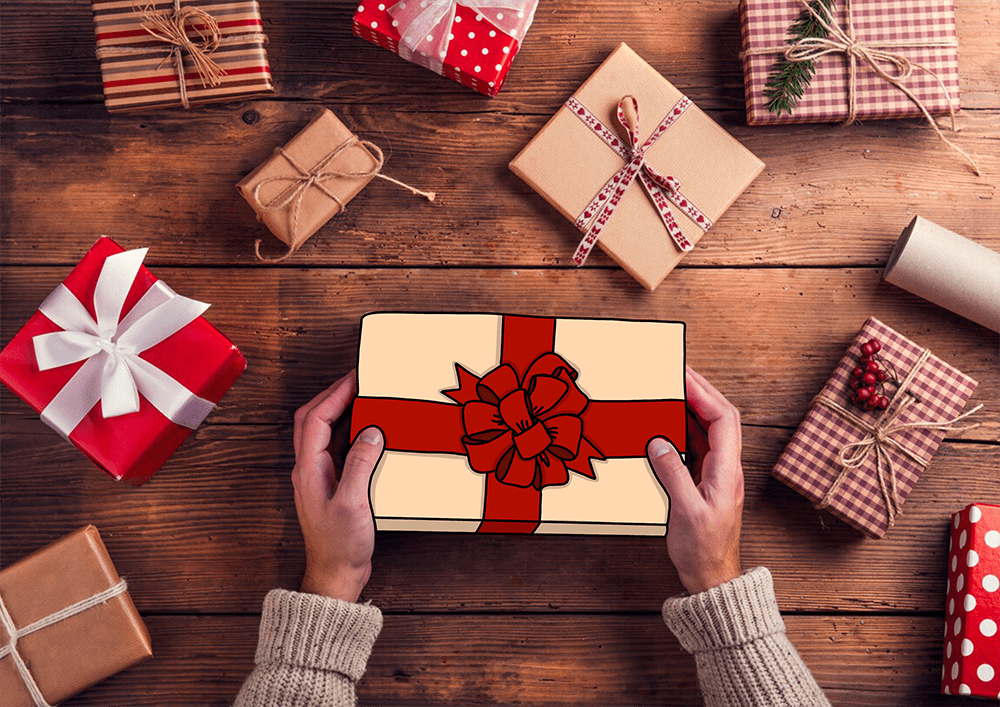 Are you keen on getting a Master’s degree in corporate finance and would you like to study in Russia? Then take this opportunity to learn more about English-taught Master's programme offered by HSE Faculty of Economic Sciences. Prior registration is required. 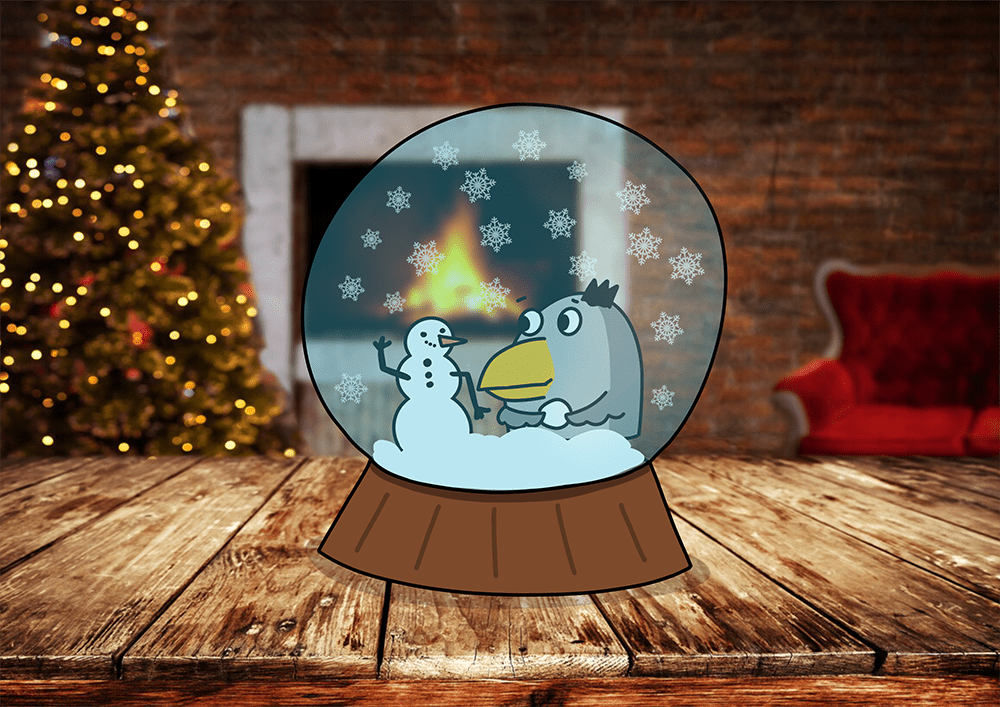 Come to 'New Year'-themed Culture Cafe organized by international students and International Student Support Unit and celebrate the coming holidays with HSE community. If you are into party hopping, you can also take part in All Cultures Day held by the Master's programme in Applied Social Psychology the same day, December 20, but a bit later - at 7 pm. 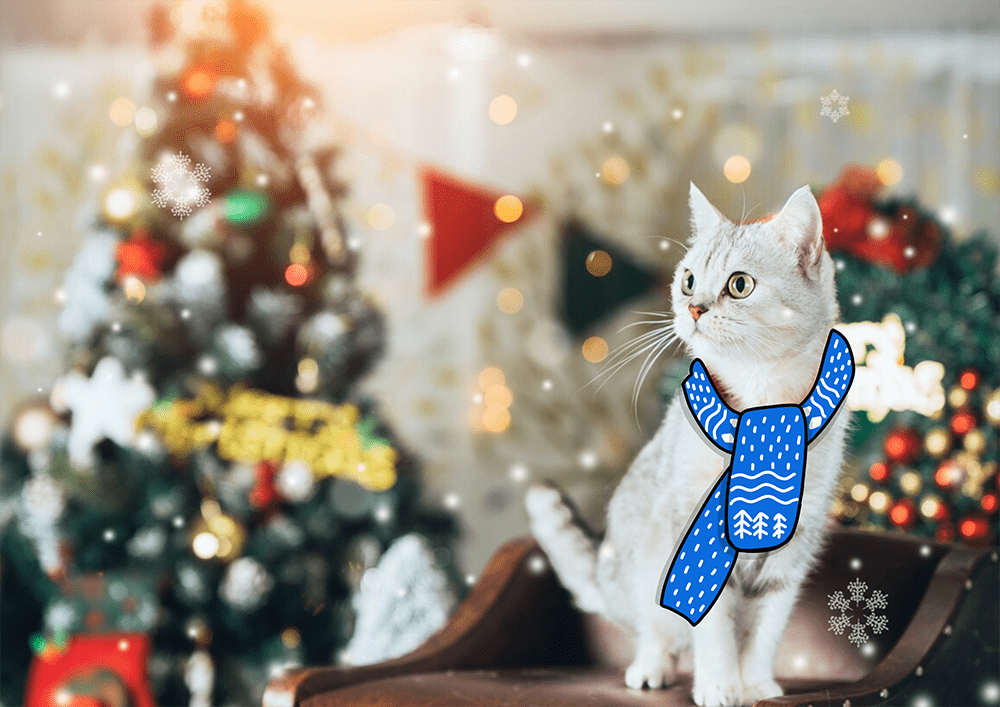 IQ.hse.ru is a media resource that showcases HSE research. Here, you’ll find materials in Russian and English in nearly every area of academic research, ranging from economics and mathematics to psychology, politics and law. 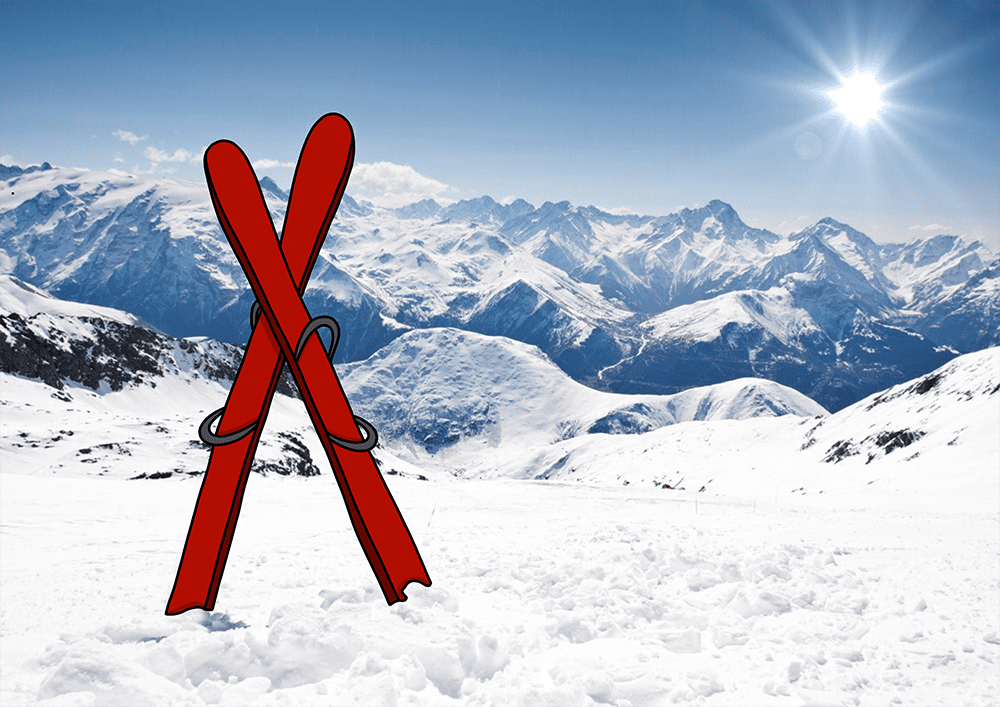 The three-day programme of the symposium includes lectures and roundtables with architects, urban theorists and architectural historians from around the world. It will address several major themes derived from the work of the Soviet experimental group NER (Noviy Element Rasselenia, 1959-1977) — “Spatial planning”, “City & Technology”, and “Space and Society”. The members of the group were primarily concerned with the future development of Soviet urban planning and their innovative work had a significant influence on present day architectural theory and practice. The symposium is timed to the opening of the exhibition “NER: Tracing the Future City. 1959-1977” which will be held at the Schusev State Museum of Architecture from December 20, 2018 to February 10, 2019 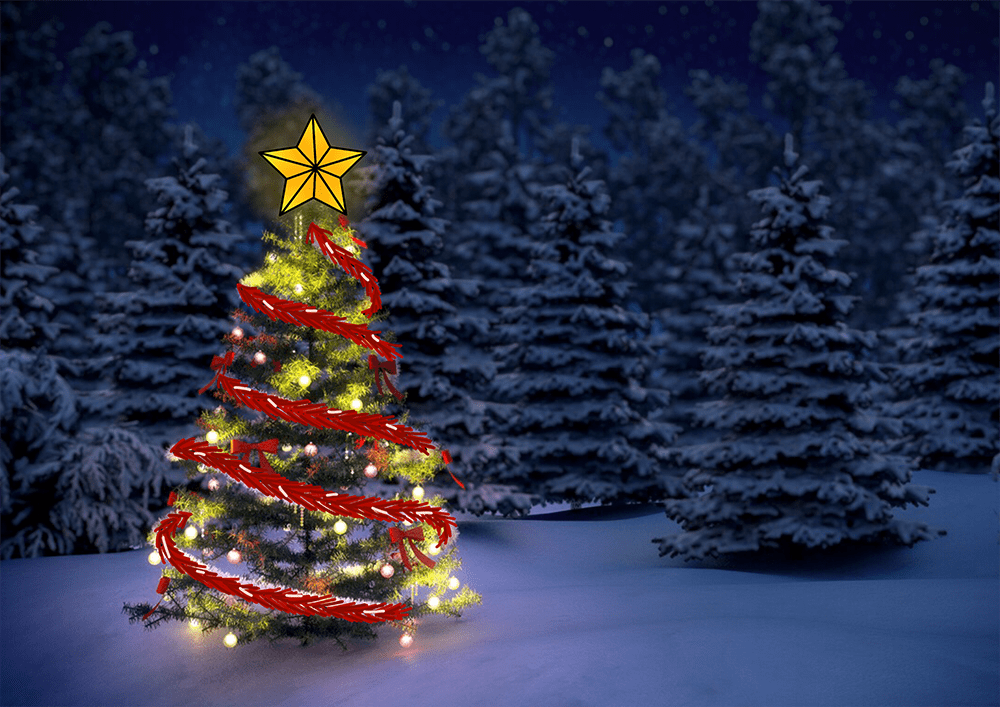 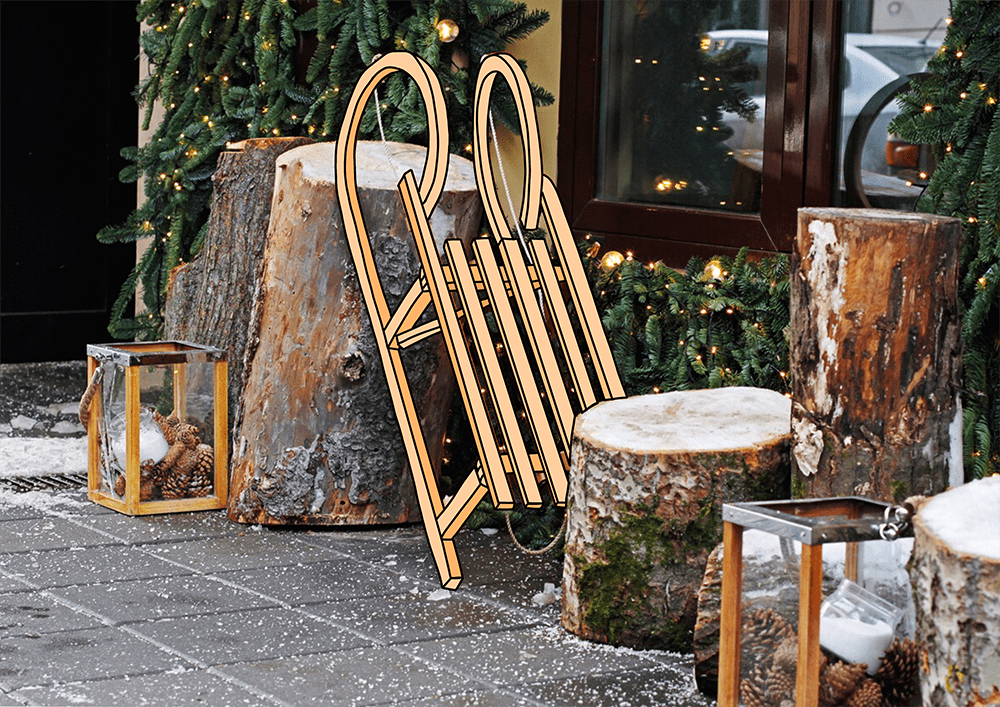 A stroll along one of Moscow’s most interesting streets can be a quest full of secrets, amazing factoids and even mystery. You will learn about the scientists, artists, and doctors who have lived and worked on Myasnitskaya Ulitsa where the main HSE building is located. 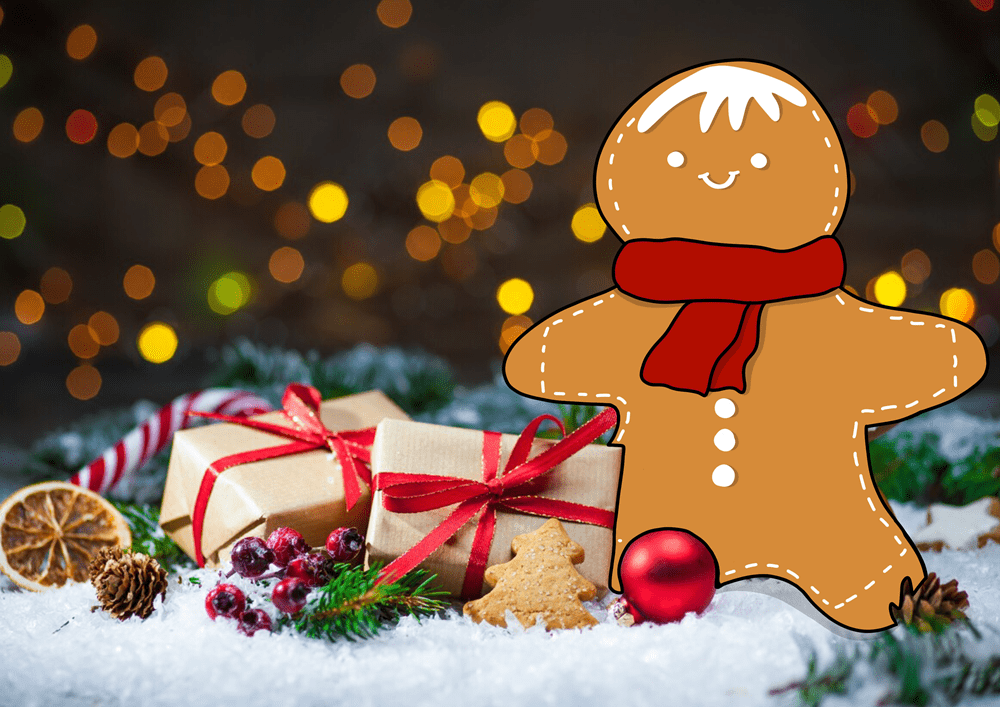 Curious about student life at HSE? We have all the answers!

If you have already submitted your application for HSE's Master's or Bachelor's programmes or are going to arrive in Moscow for an exchange semester, you must be curious about what the student life at HSE is like. Here is a trove of information about what it means to be an HSE student. You might also find the International Student Support site useful, especially if you are an exchange student. 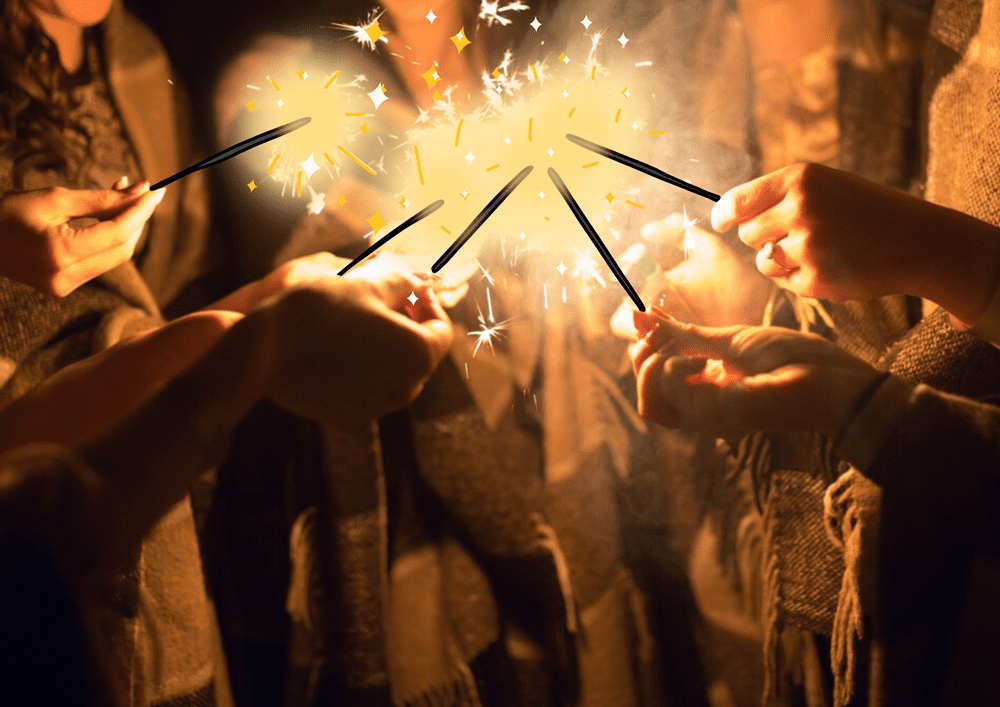 The purpose of the course is to provide the students with a broad overview of the basic principles governing the past, the present and the future interactions between Russia and the West, with a focus on the culture and national psychology of Russians and Western Europeans. For example, the course will look at the cases when basic cultural values of Russians show up through the linguistic choices shaping language production which is consequently misattributed by Western partners. No matter what the language of intercultural communication is – Russian, or English – the meaning of many linguistic expressions may be reconstructed wrongly by the representatives of another culture. 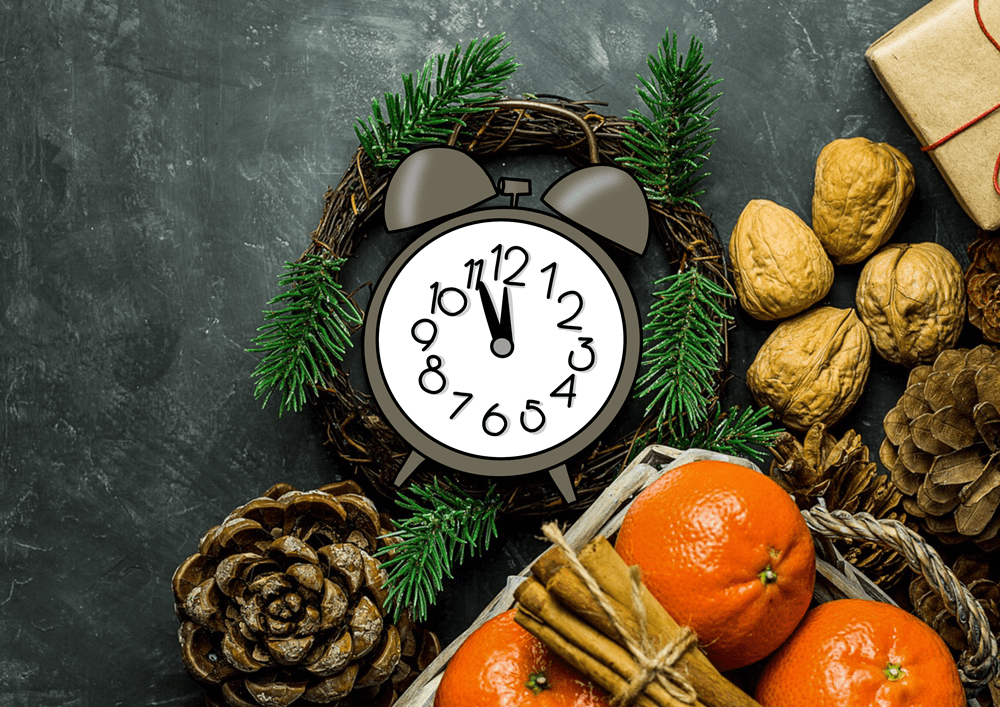 If you are staying in Moscow for the winter break, check out our overview of the activities the city offers

The weather this year is perfect for the most popular Russian outdoor activity - sledding. Don't miss your chance to try out tubing in one of Moscow's many parks. Or if you are wary of the frost, visit the exhibitions at the Museum of Decorative Art. There are also free walking tours held during Moscow 'Journey to Christmas' Festival

Advent Calendar: What It Is and Where the Tradition Came From 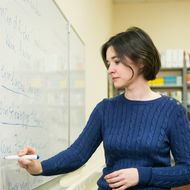 Associate Professor at the Department of German Language

The tradition of the Christmas calendar, also known as an advent calendar (Adventskalender in German), began in the mid-19th century. The calendar is a sort of clock allowing children to turn their anticipation for Christmas into something magical. It makes the time before the ‘advent’ more tangible.

For that reason, in around 1840 parents began thinking of different ways to bring their children’s attention to the 24 days before Christmas. They could, for example, stick colored pictures to the wall or window each day or make a tear-off calendar themselves, like in the Thomas Mann novel Buddenbrooks.

The advent calendar we know today did not always have 24 chocolates behind little doors and windows though. Thanks to Munich publisher Gerhard Lang, printed calendars consisting of two separate sheets came about at the very beginning of the 20th century. Each day, you could cut a small picture from one sheet and glue it to the other. Lang also thought up calendars in the form of little houses that could be filled with chocolate. He came to this idea thanks to his own childhood, when each year his mother would give him a piece of cardboard with sweets attached.

With time, advent calendars became more and more popular. The traditional type we are now used to came about after World War II in the 1950s, and people rarely think about the religious motives and traditions anymore. It is not only children who buy advent calendars; the little pieces of chocolate brighten up the mornings of adults now as well. In addition, some parents make their own advent calendars by hand, filling them with little sweets and presents that will bring joy to children for almost all of December.