Anton Suvorov is an Associate Professor at the Faculty of Economic Sciences and Academic Supervisor of the Joint Programme in Economics delivered by HSE University and the New Economic School. 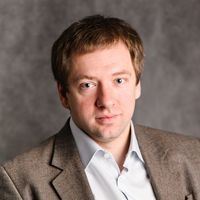 — Could you talk about your research interests and what you do at HSE University?

— Broadly speaking, my research is mainly focused on studying human behaviour and, in particular, on how incentives interact with intrinsic motivation. As for methodology, I usually do not investigate pre-existing data, but I consider theoretical models or run lab experiments, or, sometimes, a combination of both.

My research often touches topics that are known to us from everyday experiences. For instance, in psychology, there has been a big concern about using incentives to modify people’s behaviour and the risk that ‘hidden costs of rewards’ may emerge. The original theory says that sometimes people are intrinsically motivated to do certain things and when someone tries to influence them by designing more or less sophisticated incentive schemes, people might get frustrated and lose their intrinsic motivation.

Therefore, as long as incentives are there, people will probably behave in a way that is desired by their principals (managers, parents, teachers), but once such incentives are removed, they will stop doing things they agreed to do previously.

There was also a theory devised by my research advisor Jean Tirole and his co-author Roland Benabou, which considers the type of hidden costs that may emerge when the principals are better informed than the agents (e.g. an experienced manager vs a young employee), and, therefore, the agents try to read through the principals’ motivation. In other words, when someone promises you a high bonus to do something, you ask yourself whether this happens because this person doesn’t trust you and thinks that without the bonus you will not do the given task.

This is a very general theory, as you can see such concerns in the workplace, in a kindergarten or in a family.

But the question remains - what can we learn from this model? Recently, I was reading a popular book by two famous behavioural economists, Uri Gneezy and John List, called The Why Axis about their field experiments in Chicago high schools with kids who did not do very well academically and the different ways of potentially reducing the dropout rate and boosting college enrolment.

I found several illustrations, whereby incentives, even monetary ones, created by the researchers, helped these kids improve their performance and, importantly for my research, that when these incentives were removed, the positive boost nevertheless persisted. Moreover, that is something that goes against the predictions of the original model. I did not publish one of my papers on this issue 15 years ago partly because it was an abstract story for me. But now, when I can connect it to interesting empirical research, I am motivated to finish this work.

— It seems that research in this area touches on a lot of issues. How exactly can it impact policy and practice?

— Right now, I am working on a paper, which grew out of a Bachelor’s thesis by one of my former students, Yana Myachenkova, who is now pursuing a Master’s in Chicago. It is a paper about praise and criticism, which is also something that speaks to everyone’s experience: whether we should praise or criticise our friends, colleagues and relatives, and how to react to praise and criticism.

Daniel Kahneman, probably the main guru in behavioural economics, wrote a famous book, Thinking, Fast and Slow, where he described how people perceive the effectiveness of praise and criticism. He shares an anecdote from his older experiences, when he was working with Israeli flight instructors. They told him that whenever they praised a pilot, they observed that he does not perform as well the next time. In contrast, when they criticise the pilot for doing a bad maneuverer, he would probably do better the next time.

Kahneman asks if there are objective reasons why exceptionally good performances are very likely to be followed by a worse performance, or this happens just because the circumstances change so that even if you try as hard, it’s unlikely that you do again exceptionally well. Vice versa, if you are doing really poorly, it could be because you didn’t exert much effort, but it could also happen because you were unlucky. The next time, even if you do not work hard, it is quite likely the things will get a bit better.

If people fail to understand this causal mechanism, they may misattribute changes in behaviour to the praise and criticism they give.

Therefore, a flight instructor thinks that when he praises a pilot, he spoils the pilot, and when he criticises him, he rescues him. Of course, this is a misattribution and a behavioural bias. At the same, we discovered that there was almost no empirical research that would confirm this hypothesis.

So, we created a simple model and ran a lab experiment to test whether principals indeed get disappointed by praising agents if they observe that praise lead to a deterioration of performance and vice versa. It also took some time, but I hope it will end up in a high quality journal. This paper does not give policy recommendations per se, but it outlines some lessons that may be useful for almost any person.

— What are your teaching interests?

— I teach Microeconomics as part of a joint undergraduate programme with the New Economic School. I have done it for many years, starting from my first year at HSE. It was also the first time this course was ever taught. I also teach Behavioural Economics for Master’s and PhD students and, sometimes, Contract Theory.

I am also the academic supervisor for this joint programme. This is a relatively recent experience for me. In September of 2019, I replaced Kseniya Panidi, who had been a supervisor for many years. It’s not a huge burden, as we have an efficient teaching office with very qualified people, but we do make quite a number of decisions, such as allowing students to take certain courses or approving individual curricula when they go abroad. In addition, there’s strategic planning, when we discuss what courses we want to have for the next year and how we want to develop the programme.

So, I am more into the academic content but there are technical and administrative things as well, especially because this is a joint programme and sometimes the schools have somewhat different views on certain issues, and we have to rectify it. The programme is co-supervised by my colleague Andrey Markevich from the New Economic School. Moreover, I think we have a good mutual understanding and interaction.

— And this new supervision is not the only admin duty that you had after you got tenure, right?

— Yes, but I have always had admin duties. For several years, I have been an academic supervisor of the Master’s research programme.

Another admin duty I have now, shared jointly with Professor Svetlana Adasheva, is co-chairing one of the recently created PhD Dissertation Councils, the one in Economics. This is a new institution: HSE is one of the first Russian universities that obtained the right to grant its own scientific degrees. So far, this experience has been quite rewarding.

I think we managed to organise PhD defence in a meaningful way and, given that these new procedures are very different from the ones that existed before, it was not a trivial exercise.

Now, the dissertations are discussed in small committees, that consist of five professors, as is the standard in the West, and all of them are highly qualified specialists in the topics related to the thesis they consider.

I see this as a big advantage because it helps to protect PhD candidates from random opinions of people who may not fully understand the meaning of their dissertation and give critique that is not always relevant. However, the flipside of the coin is that the experts in the committees themselves may be quite demanding, but this is fair.

Conversely, one of the things that is not satisfactory is that we lose a big proportion of PhD students. We take more than 50 PhD students every year at the Faculty of Economic Sciences, which is a huge number for a PhD programme in a research university, but the number of defences is much smaller. For some, the initial motivation might not be strong enough. For others, full-time work on a dissertation can turn out to be infeasible.

We have an academic PhD programme where we support students in different ways, including a substantial scholarship. Nevertheless, this is a tiny fraction—3-5 students per year. Another thing is that, in the West, when you write a PhD thesis, you have to do quality research and that’s it, whereas here you have to publish it in refereed journals to get the right to defend the thesis. This is an additional challenge.

We are definitely looking forward to having more students defend their theses successfully, but I think it will take some time for them to adapt to the new system.

— What helps someone get tenure?

— Although I teach Behavioural Economics, sometimes I feel like a subject of an experiment who wants to avoid the behavioural traps, some of which I mentioned earlier. It is not easy to find a good compromise and the optimal trade-off between ambitions and possibilities. On the one hand, you want to write great papers and publish them in the very best journals, but on the other hand, there is time pressure and strong competition from other people from all over the world who want to do the same.

To find a path that allows you to be ambitious enough, but on the other hand, to be realistic, that is the main challenge.