'I’m a Permian Through and Through'

Galina Volodina created the HSE campus in her city from the ground up. Mathematicians, physicists, and even chemists had to be retrained as Economics teachers. As a result, a new academic and cultural powerhouse appeared in Perm. On the occasion of Galina Volodina’s 60th birthday, HSE News Service interviewed Galina Volodina about her hometown, the founding of HSE-Perm, and more.

In all my life, I have never been as scared as I was in August 1998. Yes, in those days everyone was anxious, but I was not worried about the economic default! It seems to me that I hardly slept all month—I thought that everything that we had conceived was a risky venture, that nothing would work out. There were only 11 of us, and on September 1, we had to start teaching economics to the first class of students...

It was quite the missionary venture on Rector Yaroslav Kuzminov’s part, opening a campus in Perm. We Permians can toot our horns as much as we like and tell people how great we are, but the fact remains: there was no economic education in Perm at that time, and HSE was literally opening a breakaway campus in an open field. And in this sense, the intention to give the region what it didn’t have was very noble, but also very risky.

However, there was, of course, one thing. Perm was one of the pilot regions in the TACIS programme, Teaching Economics and Business in Secondary Schools, Technical Schools, and Universities. And my acquaintance with the Higher School of Economics began in 1995, when I came to Moscow to study as part of this programme. It was like a three-month crash course in economics covering 23 subjects. It was very difficult, but amazingly interesting! It consisted of lectures by Yasin, Kuzminov, Lyubimov, Kantorovich, and many others. It was truly a joy. In the process, I became increasingly aware of the difference between what ordinary Russian education was, at least in the regions, and what HSE was and was going to do. It was like day and night. 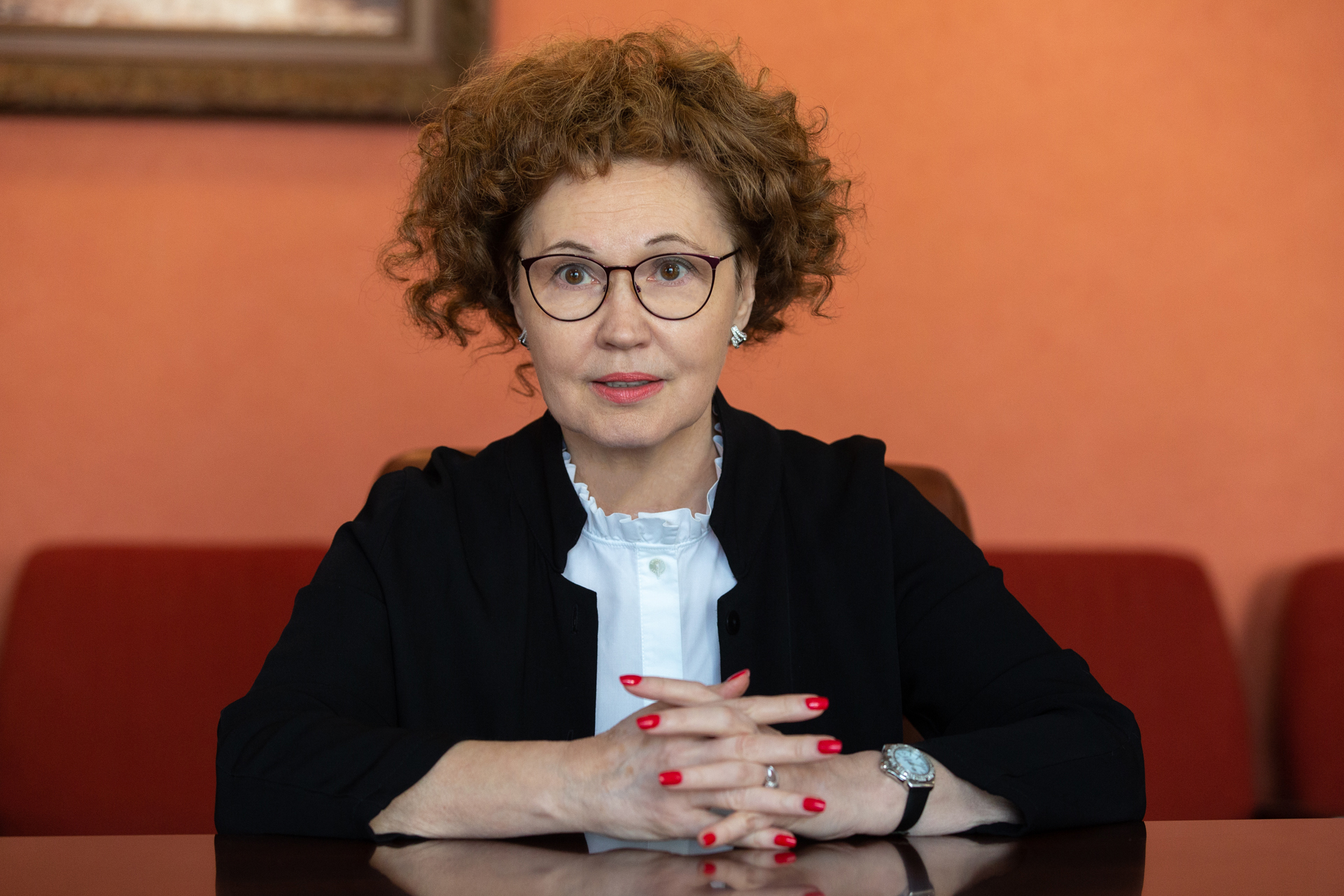 I was successful in Moscow and was among twelve graduates who were sent for an internship at the University of Leeds and Erasmus. It was another shock, but it was great, too! Upon completion of the programme, I returned to Perm and headed the pilot TACIS Centre for training teachers of economics.

The decision to open a campus in Perm was made in 1997, and I think Rector Kuzminov decided to do it not only because he saw a real hunger for quality education here, but because he also saw a developed, fairly successful team capable of implementing the idea.

It's great that all the people with whom we started HSE-Perm are all still here. We have been working together for almost a quarter of a century. At first there were 11 of us; by the end of the first year there were 20; and now we have several hundred people. Perm is not very attractive for high-quality teachers from other cities, we could always rely only on ourselves. We just had to become the best for the best, because the mission of HSE-Perm was to train the academic and professional elite of economists and managers for the region and Russia.

The TACIS project helped a lot. People from other Perm universities came to us — mathematicians, physicists, engineers, who were trained in this program in Moscow and abroad. The project has been in operation for several years, and during this time we have managed to train several dozen teachers. This was the first generation of teachers, and we raised the next generations ourselves. Now the average age of our teachers is 43, despite the fact that those who started are all here, and we are all quite adults. For example, our wonderful Anatoly Ivanov who is a renowned mathematician and full professor just turned 75, and there are others, too, who are getting on in their years. But at the same time, there are many young people, including our graduates. Since we are basically on an island, we understood that we needed a place towards which we could guide people, so we launched a professional development programme before the Moscow campus did—we wanted to retain our talented graduates. 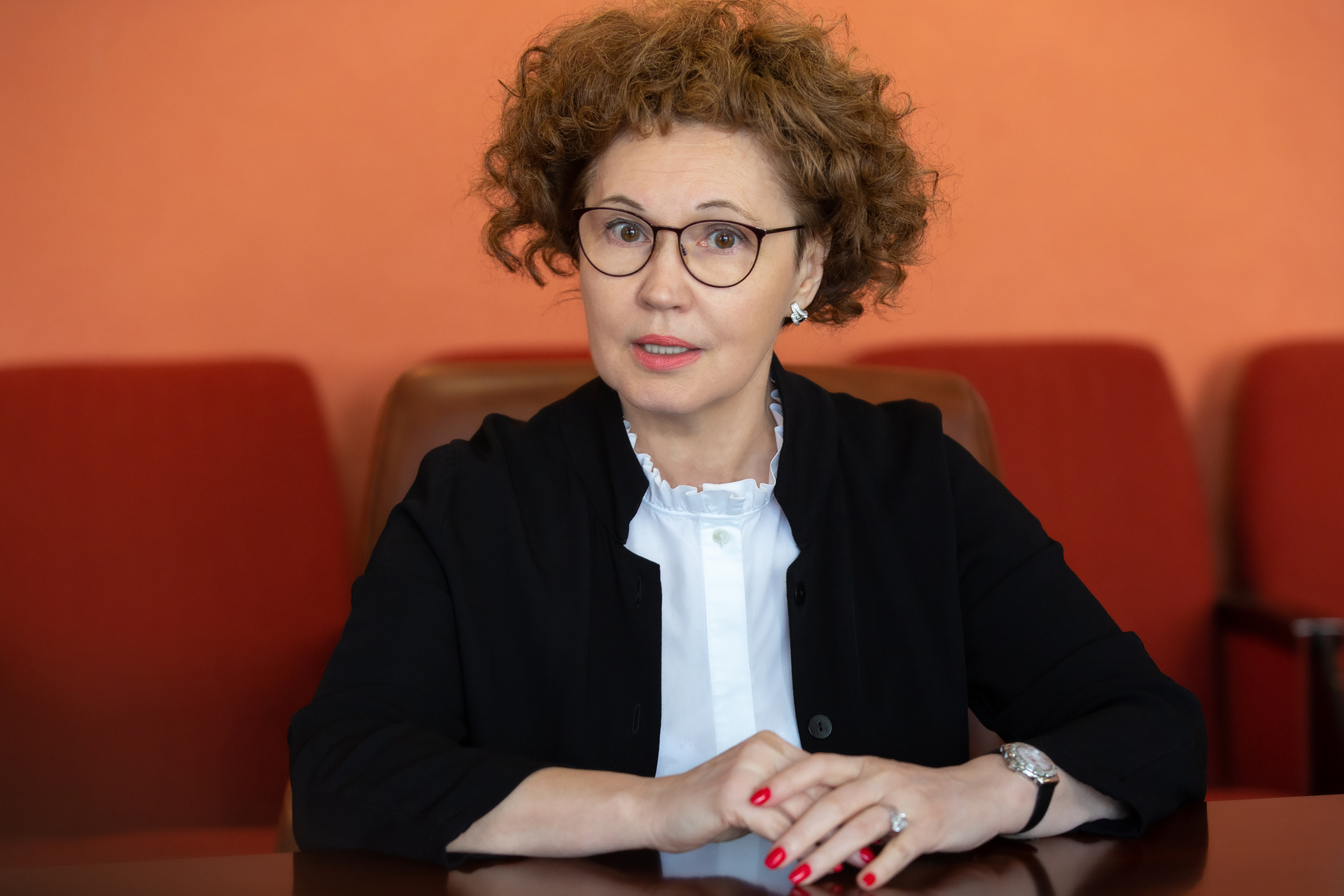 But even from the ‘island’, we have always maintained a very strong connection with the mainland. Never, not a single day, did we feel abandoned, redundant, or like something separate. This is to the credit of all the staff of the Higher School of Economics and HSE’s famous benevolence—when not a single question remains unanswered, no one is left without attention.

Lev Lyubimov became the most reliable source of support for us from the very beginning. He, of course, is a personality of immeasurable scale. A real hero and a philosopher of education. The HSE offshoot campuses were his brainchildren, and he, truly like a father, never abandoned us for a minute. In the early years he visited us very often, gave lectures, and provided explanations and guidance. We were in touch every day, and we gained a lot from this. In fact, it wasn’t just we who benefited, but the entire Perm region! From the very beginning, we began to work with schools, providing training for teachers of economics for them, conducted seminars, and did a lot of other things. Local school teachers also consulted with Lev Lyubimov. And he still maintains contact with several dozen people from here.

The hardest thing for me is to fire people. Especially if you have known them for many years. There were only a few such cases, each like a knife in the heart. You prepare for this for a week, then you worry. I am a rather soft leader, but it’s something I have to do if people are not performing their duties...

My parents taught at Perm National Research Polytechnic University, and you could say that I was born and raised there: I received both my undergraduate and graduate degrees at that university. I came to know how the life of a large university works from the inside. I knew all the good things about this life and all the bad things. By bad, I mean this condescending attitude towards students: as if they owe something to the teachers all the time, they are not good in something, they do not meet the standards. And I really wanted to do it differently: not students doing something for us, but we doing something for them. Because that’s how it should be. University is for students. When I got the chance to build this campus from the ground up, I always had this principle in mind and still adhere to it. 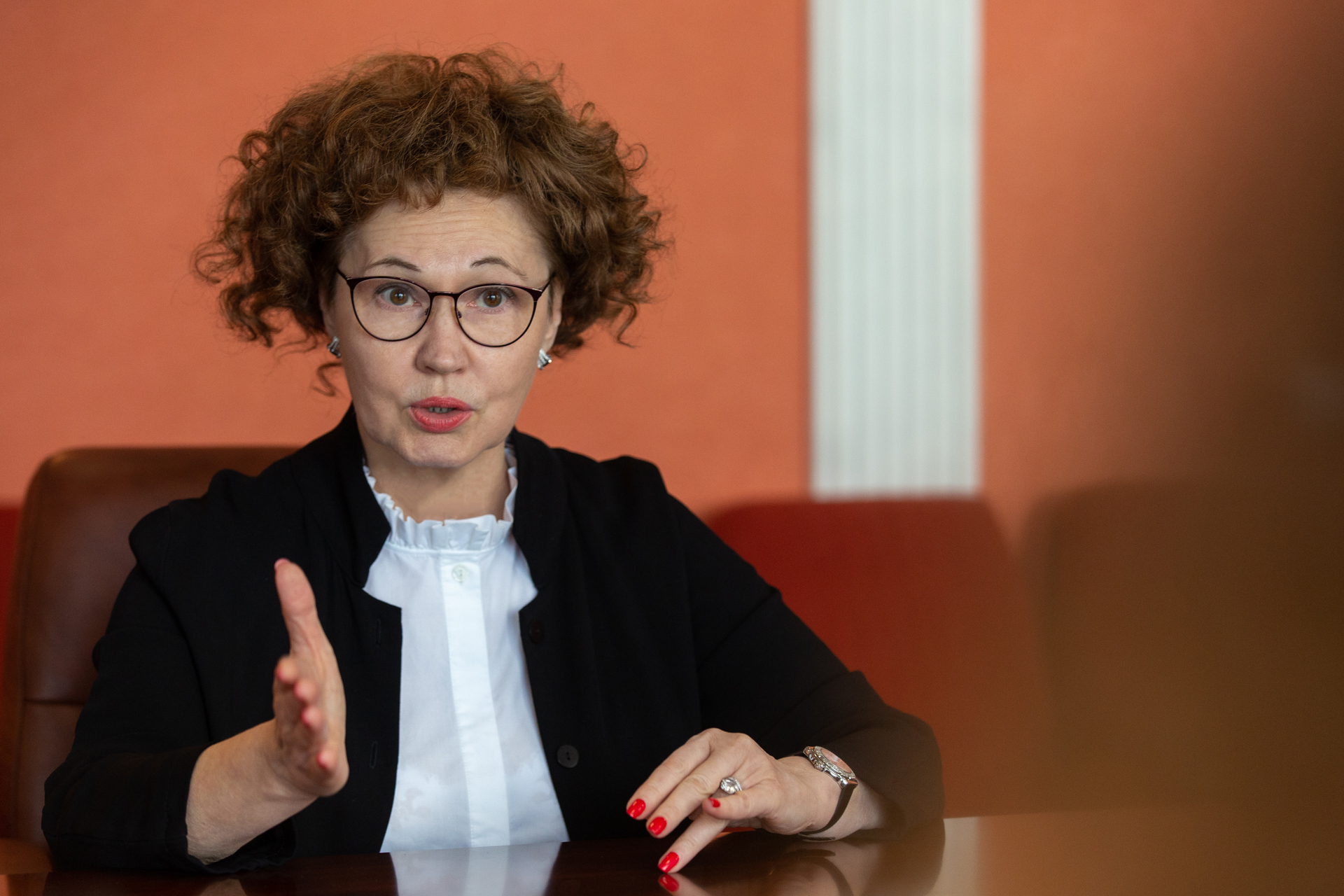 We are, of course, leaders in Perm in terms of the quality of admissions. And in general — I won’t bother trying to be modest — the quality of our applicants has fundamentally improved due to our efforts. We started working with secondary schools even before the campus opened, and then we launched our University District project, which brings together 48 schools. Then we organized a competition for teachers, which then expanded into a nationwide competition, and we have been running it for 10 years now. About 60,000 teachers have participated in the competition, which is akin to retraining courses. We have created the University School Cluster platform for the professional development of secondary school teachers.

Students of the Perm Territory on average perform well on the Russian Unified State Exam and a number of Olympiads. Of course, the best students tend to leave, and we feel that loss. But many of them leave for HSE’s campuses in Moscow and St. Petersburg. So our efforts are not in vain.

I’m a Permian through and through. I had offers to leave, but I never even considered them. We have such beauty here! More than three hundred small rivers and streams within the city, almost half of the city's territory is forests. This is my city. A city of aircraft engines and money factories, salty ears [there is a famous statue in Perm called the ‘Permyak Salty Ears’ – ed. note], wooden Gods, museums and real guys [the Russian sitcom Real Guys is filmed in Perm – ed. note]. It is a city of factories and ballet, a city where happiness is just around the corner! I want to live in Perm and do something useful for it. Fortunately, I have the opportunity to do so, because HSE is an amazing place of strength, creativity, and energy. So much is possible here! Rare are places where ideas are met with such eager support—and sometimes they are not even ideas yet, but mere dreams.  I will not tire of repeating that I am happy to work under the banner of HSE University, and I am proud to be doing this in my hometown.

For me, HSE isn’t just a job. It’s my home, my family, my love. HSE is indeed probably my great love! I also love books, travel, and roses. Roses are my way of meditating. On weekends I go out to my bushes — I have a lot of them — plunge my hands in the ground, and forget about everything. Our climate, of course, is not for roses, a zone of risky farming, as they say. Every spring, you free them from hiding and you don't know which one is frozen and which is not. Living in the Urals... This winter was mild; all roses survived and bloom for the fourth time. And they have the most incredible fragrance...

If they break the rule again, they might receive an official reprimand

HSE People
IT
‘In Terms of HSE Services and Online Platforms, Everything Is Ready for an Online Transition’

HSE Rector Yaroslav Kuzminov has signed an order ‘On changes in working arrangements for HSE University staff due to the worsening situation with the spread of COVID-19.’

‘This Is Where the Fine Tuning of University Life Takes Place’

Yulia Lezhnina on changes in store for the School of Sociology