Ilya Voskoboynikov and Ksenia Bobyleva presented their reports at the Asian KLEMS 2019 conference, which was held at Tsinghua University in Beijing.

Ksenia Bobyleva reported on “The contribution of intangible assets to the long-term growth of the Russian economy”. She presented estimates of this contribution and considered why it may be underestimated.  The report focused on intangible assets from a comparative perspective. These assets are accounted for in two ways – using the 2008 SNA and using the extended interpretation proposed by Corrado, Hulten, Sichel (2005). Their approach accounts for intangible assets, including those outside the 2008 SNA asset classification, for example, brand equity and specific firm resources, including human capital. Russian official statistics were tested by surveying additional intangible assets and going beyond SNA. The expanded number of assets slightly increased the contribution of the intangible component to the growth of value added but had practically no effect on productivity. 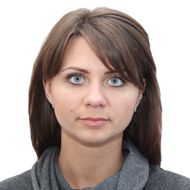