The group was formed in July 2019 at the Laboratory for Research in Inflation and Growth of the Expert Institute at HSE University (Moscow). The group performs empirical research on long-term economic growth and productivity. It also researches structural change and cross-sectoral linkages, cross-country comparisons of income and wealth, the micro-foundations of productivity growth, the problems of productivity measurement, and historical statistics.

The major objective of the group is to update and extend the Russia KLEMS database, which has been supported by HSE University since 2007 as a participant of the World KLEMS initiative.

“The Contribution of Intangible Assets to Economic Growth: How do Estimates Change When Moving from the 1993 SNA to the 2008 SNA?” preprint publication
Ksenia Bobyleva's preprint was published in the WP2 series "Quantitative Analysis in Economics". The paper compares estimates of the contribution of intangible assets to growth within the 1993 SNA and the 2008 SNA. Estimates are made using the KLEMS databases. Data for European countries in the period 1995–2009 the use of the 1993 SNA and the 2008 SNA are compared, as are data for Russia and European countries in the period 2004–2016 using the 2008 SNA.
New data release from The Conference Board Inc., a partner of the HSE University and Russia KLEMS
In April, The Conference Board Inc. website published a new data release using Russia KLEMS data on hours worked in the Russian segmen 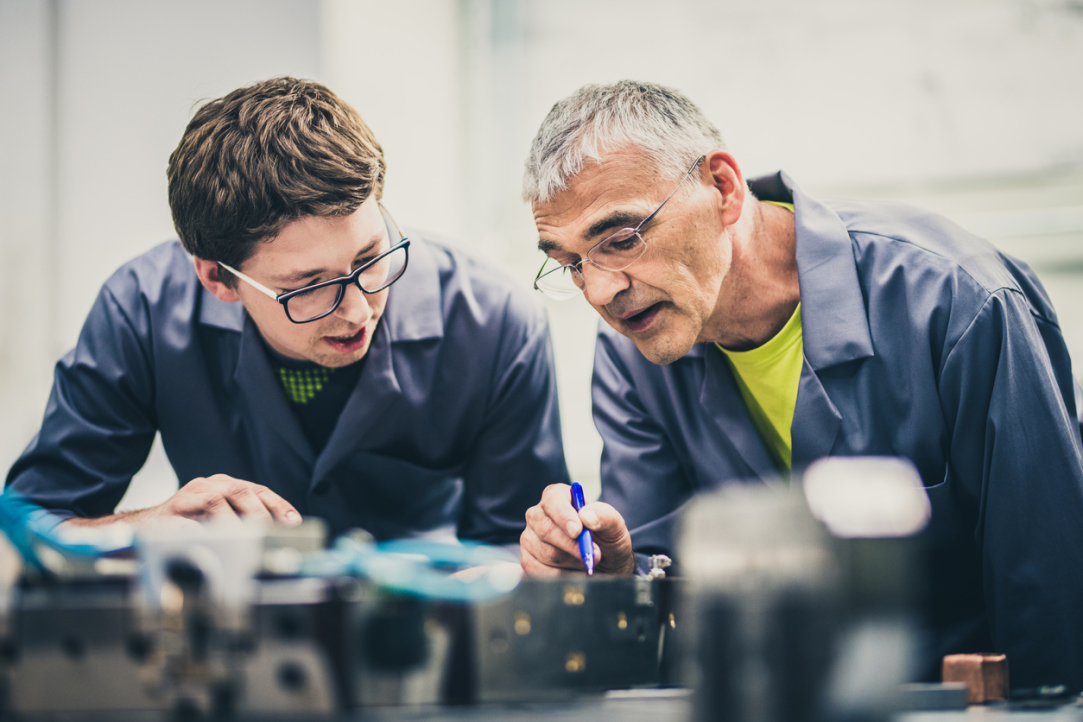 ‘No One Can Say We’re Going to Replace Old People with Machines’
Experts believe that increasing productivity, diversifying the economy, as well as developing human capital and expanding non-resource exports will help boost Russia's economic growth. But the state policy has to be smart. This was discussed at a series of round tables and expert discussions on the topic of productivity at the XXII April International Academic Conference on Economic and Social Development, organised by HSE University and Sberbank.
Research&ExpertisediscussionsHSE April Conference on Economic and Social Development
Report of Apurva Sanghi, "Russia integrates: deepening the country's integration in the global economy"
On April 19, Apurva Sanghi, Lead Economist of the World Bank, a partner of HSE University and Russia KLEMS, presented his report at the XXII HSE April Conference.He presented the results of a study that examines the contribution of global value chains (GVC) to the development of the Russian economy over the past two decades, and identifies the possibilities of GVC as a locomotive of economic growth. The growth-enhancing capabilities of the GVC allow for the identification of potential obstacles, as well as for a number of economic policy proposals to address them.While this study describes a sanctioned Russia—less connected to global markets, less innovative, and with less transparent private-public interactions that hinder fair competition—it also identifies significant potential benefits for the Russian economy from more intensive participation in the global division of labor. While sanctions remain a major obstacle to foreign direct investment, there are various measures that Russia could take to make its business climate more attractive for expanding trade and investment
Productivity, diversification and sustainable economic growth
On April 15, at the XXII April Conference, a round table "Productivity, Diversification and Sustainable Economic Growth" was held. It was attended by Russian and international experts in economics.At the event, the participants discussed the following issues:- What are the risks for the economy's dependence on raw materials for its long-term growth?- What are possible measures to diversify the economy?- What are the possible negative medium-term consequences of diversification in terms of falling incomes, inequality and poverty?- Does the Russian economy require diversification? If so, what are the main approaches to its implementation?
Reports from members of the Russia KLEMS group at the XXII April Conference
On April 14, at the A-14-4 session “Productivity, growth and human capital”, organized jointly by HSE University and the International Association for the Study of Income and Well-being (together with the section "Social Policy"), Ksenia Bobyleva and Anton Tolokonnikov presented their reports.

Anton Tolokonnikov presented his research on "Industrial Policy and Intersectoral Interactions in the Russian Economy". The paper examines the role of state policy in the Russian economy. The state, trying to eliminate market failures with its policies, often worsens resource allocation and harms the economy. However, government policies can have a positive effect on resource allocation, for example, by subsidizing some businesses and industries. How to stimulate economic growth by changing the sectoral structure of subsidies? The study assessed public policy for the Russian economy as a whole, and not for individual firms.

Ksenia Bobyleva's study is the first to compare the contribution of various types of intangible assets to the growth of the Russian economy and the economies of OECD countries.In Russia and the OECD, the contribution of R&D is higher in the manufacturing sector compared to market services. Intangible assets not related to R&D (for example, organizational capital, advertising) dominate in the services sector.In contrast to OECD economies, in the Russian economy, the contribution of intangible assets in market services is significantly higher than in the manufacturing sector. The contribution of intangible assets of market services to the aggregate growth of intangible assets in Russia is 0.19 p.p., which is six times higher than their contribution in manufacturing. In the OECD, this difference is not so noticeable.
"Why do the economy, business, workers, and society need productivity growth?" honorary report by Bart van Ark
Bart van Ark, professor of productivity studies at the Alliance Manchester Business School (AMBS) at the University of Manchester, spoke at the XXII April conference on April 14.
His report, "Why do the economy, business, workers, and society need productivity growth?", focuses on the slowdown in global productivity growth over the past 15 years, reasons for the slowdown, and measures that could revive it. Bart van Ark says to do this, the economy must become more receptive to innovation, which requires a coordinated effort from business, government, and individual workers. There is also a need for a better understanding of the extent to which, and how, productivity growth contributes to people’s welfare.
Presentation of the report "Labor productivity and Russian human capital: paradoxes of interrelation?"
On April 14, at the XXII April Conference, a team under the supervision of Vladimir Gimpelson presented their report, prepared as part of the HCMRC (Human Capital Multidisciplinary Research Center) program.The labor force quality indicator from the Russia KLEMS data set made it possible to assess the contribution of labor force quality to labor productivity growth in the Russian economy, and to compare this contribution with similar indicators for former Soviet republics.The research concludes that Russian human capital is not as productive as it could be. The quality of the labor force does not make a tangible contribution to the growth of labor productivity and an acceleration of growth due to the role of human capital will not occur in the next two to three decades.
Expert Center staff present reports at the 6th World KLEMS conference
The World KLEMS initiative brings together representatives from different countries and organizations who develop indicators of cross-country economic performance comparisons at the level of individual industries and conduct research based on these. On March 9 to 17, 2021, the 6th World KLEMS Conference was held in a virtual format for the first time.The conference addressed issues of the global productivity slowdown, the post-pandemic growth outlook, and the measurement of growth and productivity in the context of new economic activities and globalization. Projects from countries and groups of countries included in the World KLEMS Initiative—Asia KLEMS, EU KLEMS, and LA KLEMS—were widely presented. A separate section was devoted to the EU KLEMS project, including Russia and Eastern Europe. 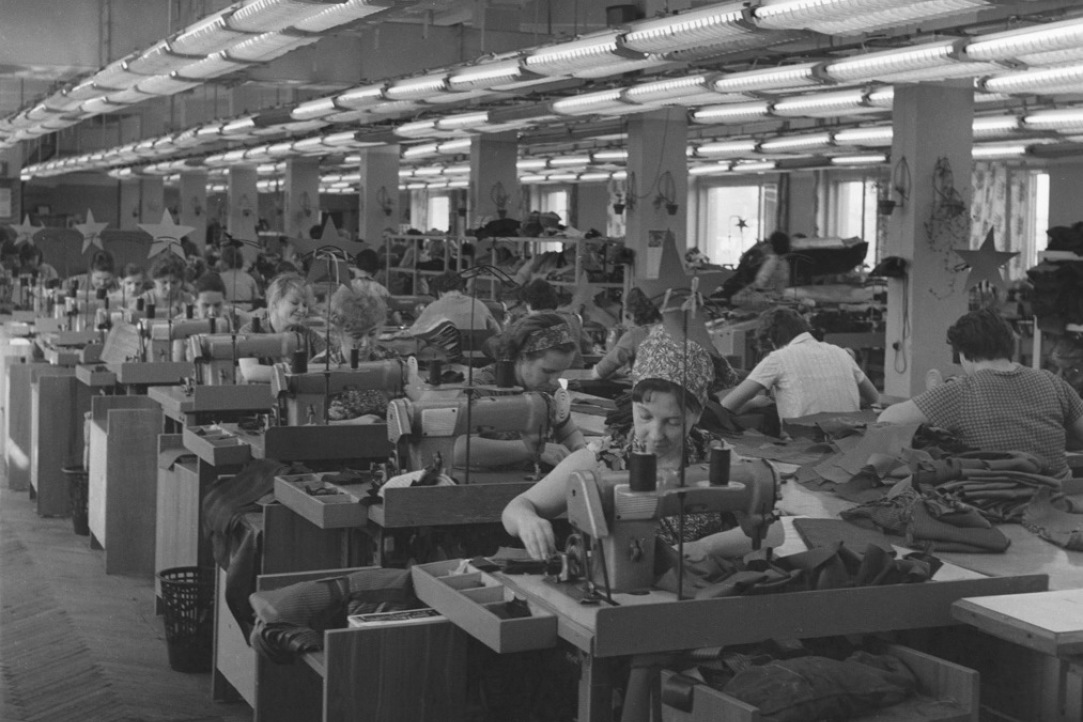 Lost in Recalculation: How to Estimate the Scale of the Soviet Economy and Its Rate of Growth
Researchers trying to compare economic data of the USSR and capitalist countries face questions of the comprehensiveness, accessibility, and reliability of data on Soviet economic production and growth. At an online seminar hosted by the HSE University International Centre for the History and Sociology of World War II and its Consequences, Assistant Professor Ilya Voskoboynikov (Faculty of Economic Sciences, HSE University) presented an overview of available approaches to studying the absolute size of the Soviet economy and its growth rates.
Research&Expertiseprofessorsresearch projectseconomythe USSR
More news