Moscow’s Big Cartoon Festival has grown from a small event for kids into a comprehensive event that premieres outstanding animated works and attracts not only children, but adults as well. 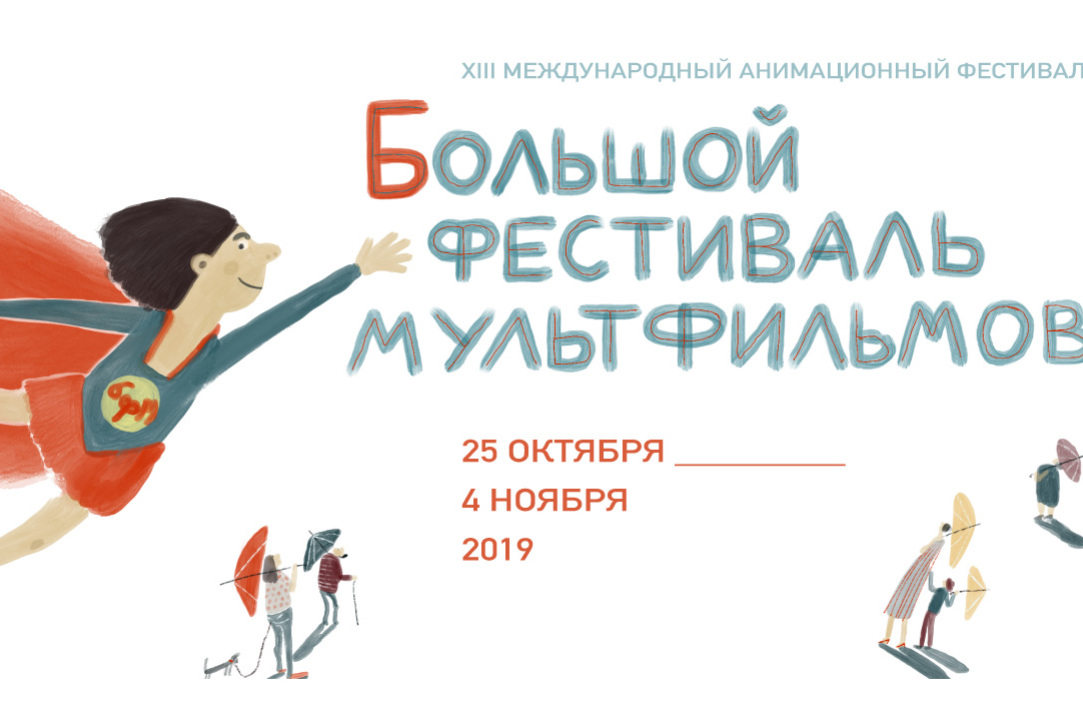 The programme features animated films from over 20 countries, with some of them being presented personally by their creators. From October 25 until November 4, the films will be screened in cinemas across Moscow in their original languages with Russian subtitles.

The opening film of the festival, Marona’s Extraordinary Voyage, is directed by Anca Damian from Romania. The new film is suitable for children (6+) and tells a story about a small dog, love, devotion, and a little dog’s happiness. The second opening film is by the renowned Japanese director, Makoto Shinkai. His new film, Weathering with You, is about a girl who can manipulate the weather and a touching friendship. Makoto Shinkai will personally present his work at the festival opening.

The Festival also premieres the much-talked-about film, The Swallows of Kabul, a striking story about life in Afghanistan under the Taliban. Violent laws, inhumane living conditions, public executions, women completely deprived of their rights – this is the backdrop to a dramatic story of a young educated heroine. The film will be presented by director Zabou Breitman.

The closing film of the Big Cartoon Festival will be Vivaldi’s The Four Seasons – a project created by a team at Tokyo University of the Arts under the supervision of artist Koji Yamamura. The project is an almanac of the renowned composer’s concerts created by famous short film animators from different countries: Atsushi Wada, Olga Parn, Priit Parn, Theodore Ushev, and Anna Budanova.

The Big Cartoon Festival doesn’t have a jury, but it does have a competitive selection process. The audience votes for their favourite films in two nomination fields – ‘Premieres’ and ‘Winners’.

The ‘Premieres’ programme includes the most recent Russian short animation films by both emerging and established directors. The most anticipated film in this programme is We Can't Live Without Cosmos by Konstantin Bronzit.

The ‘Winners’ programme traditionally offers international animation films, which have won prizes and recognition at international festivals over the last year. The programme includes 43 films from 21 countries. The most anticipated are Memorable, Grand Prix winner at the Annecy Festival, which depicts the illness of dementia in a Van Gogh style; Heads Together, an Emmy winning film about friends who have occasionally changed heads; the Polish road-movie Acid Rain; and the philosophical black comedy Animals.

This year, the festival’s special guest is French animation legend, Jean-François Laguionie. He began his career in animation in the 1960s, and, by the end of 1970s, had already won numerous prizes, including the Cannes Palme d'Or. Jean-François Laguionie will present the Russian premier of his new film, The Prince’s Voyage, a story about sapient monkeys that raises philosophical questions about civilization, acceptance of other cultures, and what it means to be human.

The festival will also include a retrospective of short animation films by the renowned director.

As for Russian animators, this year’s festival honours Dmitry Geller, one of Russia’s most outstanding contemporary animators. Geller’s films are very different, often not very clear to mainstream audience members, but always impressive.

The Big Cartoon Festival has a tradition of presenting a vast programme of documentary animation, and this year is no exception. This year’s programme starts with a full-length film about the war in Yugoslavia, Chriss the Swiss, and continues with four series of short films: Animation Investigates the World, Stories about Myself, Animation about Holocaust, and For Women Only.

Programme and tickets are available on the festival website (in Russian).