If you want to know how your professors amused themselves as children, pop into the Museum of Soviet Arcade Machines and go back in time 30 years. The machines are ridiculously unprepossessing but at the time everyone thought they were the very essence of hi-tech. In the 1970s and 80s they were in every leisure centre, cinema, railway station and hotel lobby. The museum has more than 40 kinds of arcade machine, many of them still work and through them you can tap into the childhood memories of many of those Russians who were born in the USSR. The museum will give you some tokens and you won’t even notice how you spend them. We have to warn you, there are no prizes, at best you’ll win a free turn, but we guarantee you’ll have as much fun as thousands of girls and boys did back in the USSR. 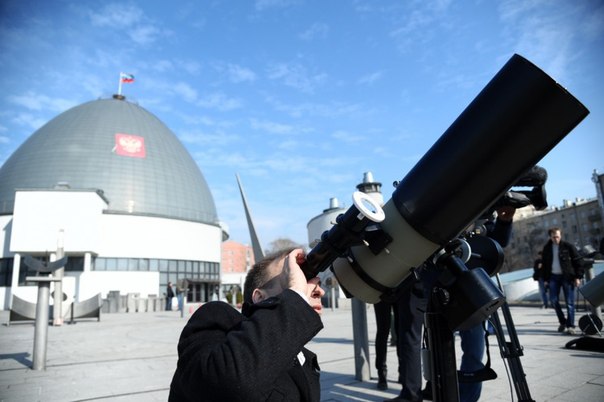 Moscow Planetarium is one of the biggest in the world and the oldest planetarium in Russia. You can learn a lot about the history of astronomy and conquering the universe, set scientific experiments in the interactive museum, the Lunarium, see some of the oldest astronomical instruments and even touch real meteorites. Inside the planetarium you can visit the 4D space stereo cinema, pop into the hall of stars with moving seats, but the main attraction everyone comes here to see is the Sky Planetarium – the biggest cupola screen in Europe which makes you feel you can reach out and touch the stars… And on the roof you can visit the Astronomical playground, a sky park where you can learn how to use astronomer’s tools and instruments.