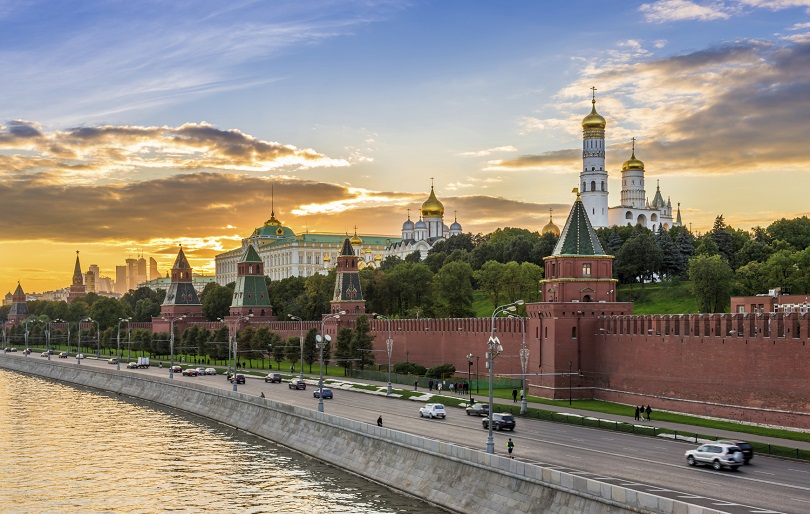 No self-respecting tourist fails to visit the most important of all Moscow’s squares – Red Square. So we will go there too, walking from the HSE building on Myasnitskaya Ulitsa along Nikolskaya Ulitsa, one of the oldest streets in Moscow which in the 19th century was the centre of the book trade. A walk along Nikolskaya Ulitsa brings us to Red Square – the very heart of Moscow. It is called Red (krasny) in Russian not because it used to be that colour but because the word ‘red’ and the word ‘beautiful’ (krasivy) used to be synonyms many centuries ago. On Red Square there are several key sights to enjoy. The square itself is situated along the eastern walls of the Kremlin, the main socio-political and historical-architectural complex of buildings in the city, the official residence of the President of Russia. Take you time to wander around the square and wait for the Kremlin clock to chime. It strikes every quarter of an hour and rings out a tune at the top of the hour.

One of the world’s most beautiful churches, St Basil’s rests on the slope of Red Square. Legend has it that, once the church was built, Tsar Ivan the Terrible had the architects blinded so that they could never build another like it. With its brightly coloured onion domes and arched galleries and painted entrances, it’s not surprising that Muscovites think of St Basil’s as the symbol of their city. If you go from Red Square onto Manezh Square, past the History Museum through the Resurrection Gates, don’t forget to throw a coin over your left shoulder and make a wish when you stand on Kilometre Zero. All roads in Russia start here. The Alexander Gardens, designed in the 19th century where the Neglinnaya River ran, is a good place to find some shade from the Moscow sun. The river is still there but now it runs through a pipe underneath the gardens. On your way home, go onto Mokhovaya Ulitsa, have a look at the buildings numbered 10 stroenie (building) 1 and 10 stroenie 2. You won’t believe your eyes but this is actually one and the same building. During the war it was bombed and split in two. The damaged building was repaired but the huge gap in the middle created by the blast remains. So one building was made into two. 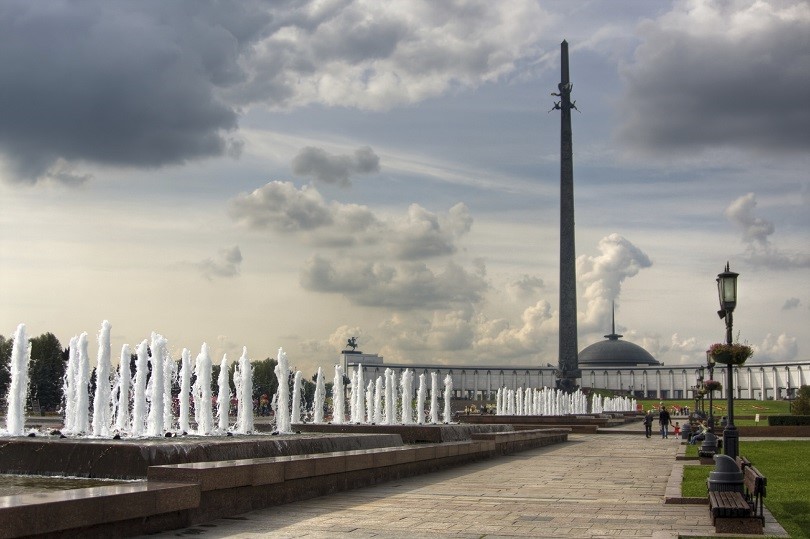 Not far from the HSE dorm on Studencheskaya Ulitsa, you’ll find Moscow’s WW2 memorial park at Poklonnaya Gora (Hill). The imposing Great Patriotic War Victory Memorial is here in Victory Park. This is where the fate of the Russian capital was decided more than once. In 1812 Napoleon waited here for the keys to the city. Soldiers marched along this road on their way to the front in 1941-45. There are lots of things to see in Victory Park. The 141 metre high Victory Monument towers overhead, and you can study these terrible pages of Russia’s history in the Central Museum of the Great Patriotic War and take a walk by the open-air exhibition of military hardware. But watch out for the rollerbladers who zoom around ‘Poklonka’ park at great speed. It’s a popular place for skating as most of the paths go downhill.