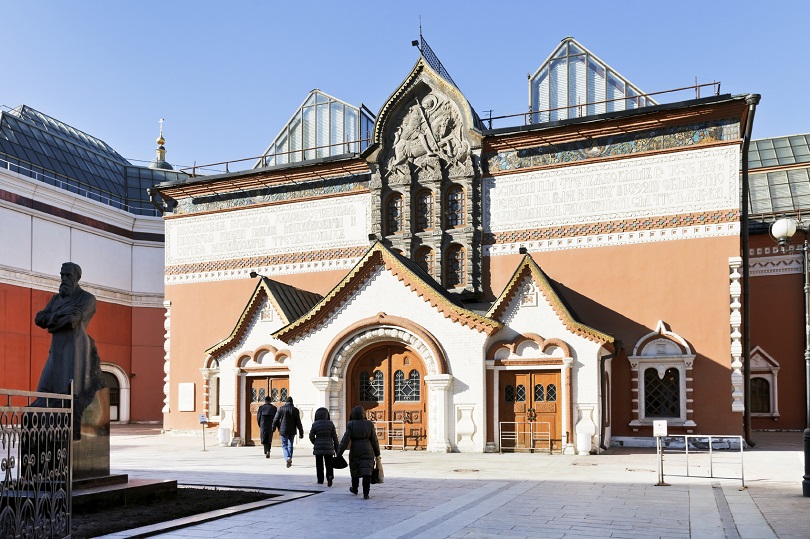 The Tretyakov Gallery is the largest museum of Russian and Soviet art, including works from the 10th - 20th centuries, from icons to the Soviet Avant-garde. The ‘Tretyakovka’ as muscovites call it is named after the merchant Pavel Tretyakov who, after a visit to the Hermitage in St Petersburg when he was 20, decided to start his own art collection.

Several buildings make up the gallery but the main part is on Lavrushinsky Pereulok (Lane). The facade of the building is based on a design by the famous Russian artist Viktor Vasnetsov. If you want to see the whole gallery, put aside a day to do it as there are almost 15 000 works in the collection and each one has its own story.

For example, Repin’s famous painting Ivan the Terrible and his son Ivan was once almost ruined by the artist himself. Repin was mentally ill in 1913 when he cut the painting with a knife. Restorers managed to repair the damage but Repin, who came to Moscow specially to repaint the head of Ivan Grozny, his tastes having changed, made him look lilac. Without Repin noticing the restorers managed to bring the painting back to its original colours.Some of Kazimir Malevich’s Squares are also in the Tretyakov Gallery. He painted four Black Squares all together, in varying sizes, textures and shades. Two of them are in the ‘Tretyakovka’ and one in each of the Hermitage and the Russian Museum in St Petersburg. 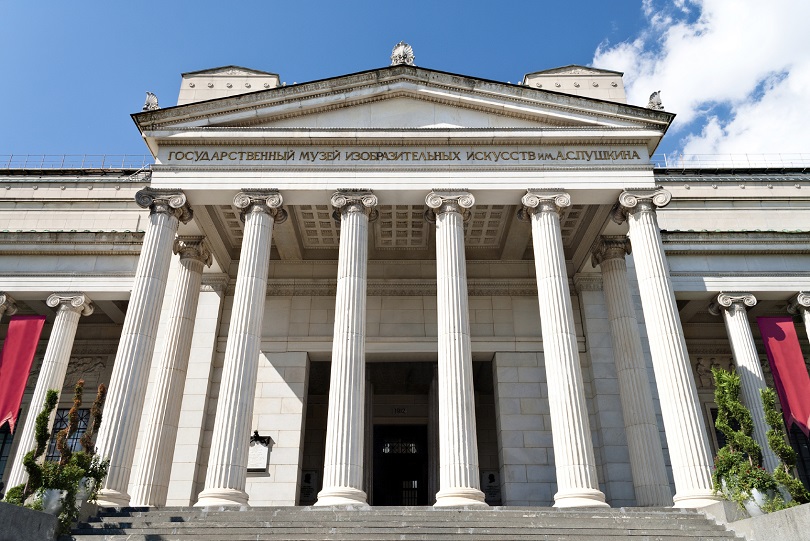 The Pushkin State Museum of Fine Arts is like a city itself at the heart of Moscow where, in several buildings, the entire history of the development of world culture from ancient times to the present day is preserved. Visitors can acquaint themselves with works of art from ancient Greece, Rome, Mesopotamia, the Northern Black Sea coast, XIII-XVI century Italy and Medieval Europe, the Italian Renaissance, Northern Renaissance, the XIX century... Make sure you find the 5 metre high copy of Michelangelo’s David, although it’s so big, it’s hard to miss.

The works displayed in the ‘Ancient Troy’ room are some of the greatest treasures of the museum. The golden diadems, bracelets, broaches, bronze figures of idols, gold and silver vessels were all found by German archaeologist Heinrich Schliemann at the end of the XIX century. You will also find rooms displaying a unique collection of genuine antiquities acquired by the museum from the egyptologist Vladimir Golenishchev. Mummies, sarcophagi, incense vessels, objects from daily life – all these rare exhibits were collected by Golenishchev on his numerous trips to Egypt. Today they are preserved in the art of ancient Egypt room.

12 Volkhonka Ulitsa, nearest metro station: Kropotkinskaya (take the last carriage if you are coming from the centre)

The museum is located next to the Monument to the Conquerors of Space near VDNH. The large exhibit hall includes real space vehicles and their parts, as well as life-size models of space vehicles, such as the MIR space station. Before visiting, you can take a virtual tour of the museum.

Several members of our team are fans of this museum, where you can spend an hour or two playing real Soviet arcade machines from the ‘80s and comparing them to what you played when you were a kid. The central location makes it a great place for a stop on a tour around the capital. It’s also within walking distance from HSE’s buildings on Myasnitskaya.

This museum is not only off the beaten path, but technically outside of Moscow. But it could be a great destination for a one-day trip on a weekend. This private museum is owned by collector Vadim Zadorozhny and features a huge collection of old cars, motorcycles, aircrafts and military hardware.

This museum housed in a former steam train depot was opened in 2015. You can look at steam trains, visit the old train station, the roundhouse, and take some Instagram-worthy photos of yourself as a 19th-century train passenger.

Based on a private collection, this museum, which is located in the centre of Moscow, features a huge collection of rare antique phones and accessories from the late 19th – mid-20th centuries. The detailed website in English provides a good overview of the collection.

The main attraction of the planetarium is a huge star hall with a big space show, but it also features a lot of temporary exhibitions (including photo exhibitions) and concerts. Children and curious adults will also like the interactive Lunarium museum, which is located in the Planetarium building.

Visit the official website. Address: 5, bld. 1, Sadovaya-Kudrinskaya Ulitsa; Barrikadnaya metro station. Tickets: prices vary from RUB 450 to 750, depending on the day and programme of the visit.