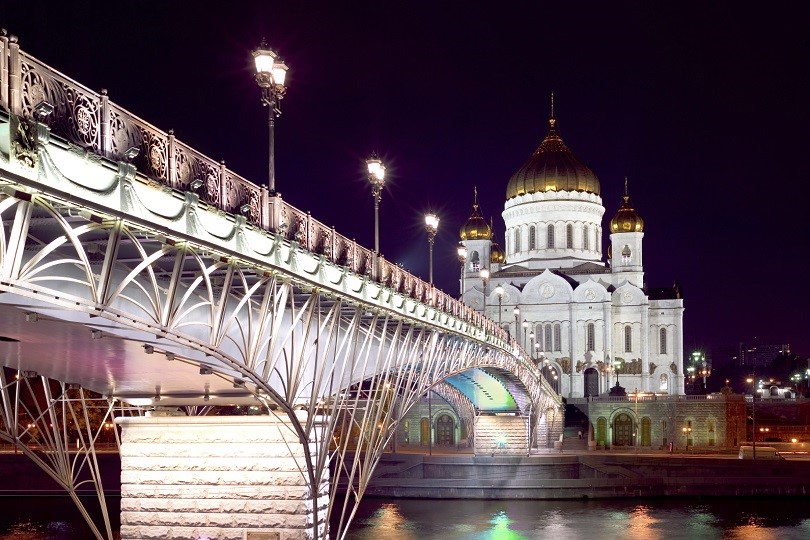 The Church of Christ the Saviour is Russia’s main cathedral where the Patriarch of Moscow and All of Russia conducts the services. It is the largest orthodox place of worship in Russia and can hold 10 000 people. It’s also the tallest orthodox church in the world at 104 metres.

The Cathedral of the Immaculate Conception of the Virgin Mary is the largest Catholic cathedral in Russia. Masses are conducted in Russian, Polish, Korean, English, French, Spanish and Latin.

The Cathedral of St Peter and St Paul is one of the oldest Lutheran laities in Russia. Russians of all religious denominations come to listen to organ music concerts here.

Moscow Cathedral Mosque (built originally in 1905) is currently under reconstruction but nevertheless it is the most visited mosque in Russia. Once the building is complete, it will be one of the most capacious for worshippers in Europe.

Moscow Choral Synagogue (built in the 1890s but not opened until 1906 because of various objections raised by the authorities) is the oldest synagogue in the capital and is not far from the HSE building on Myasnitskaya Ulitsa. Across the road a wall in cut stone was built in recent years to represent the Wailing Wall in Jerusalem.