We use cookies in order to improve the quality and usability of the HSE website. More information about the use of cookies is available here, and the regulations on processing personal data can be found here. By continuing to use the site, you hereby confirm that you have been informed of the use of cookies by the HSE website and agree with our rules for processing personal data. You may disable cookies in your browser settings. ✖
Regular version of the site
Advanced search
Center for Language and Brain 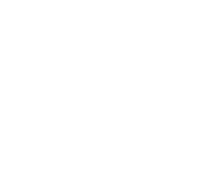 Dr. Yulia Rodina - postdoctoral research fellow at the Center for Multilingualism in Society across the Lifespan, University of Oslo

Lecture abstract: Languages change gradually over time. One effect of this is that at any one synchronic moment, we find a lot of variation among speakers. This variation can persist for several gene-rations, usually resulting in more categorical grammatical change. Currently, the Norwegian grammatical gender system is undergoing a major change from three genders (Masc, Fem, Neut) to two (Common, Neut). In some dialects, there are no traces left of the old Fem markers (which have been generalized to Masc), while in other dialects, they are still present on nouns, articles, possessors and adjectives (Lødrup 2011; Rodina & Westergaard 2015). In most dialects, only a subset of the feminine markers are used, often with considerable inter- and intra-speaker variation, especially in the younger generations.

We hypothesized that the disappearance of Fem should be reflected in language processing, but it was not clear whether it would be better captured in production or comprehension of the gender markers. Adult L1 speakers of Norwegian (n=44, age 21-59) living in Tromsш were divided into two groups, Fem (F, n=33) and no Fem users (NoF, n=11) based on a control offline production task, and their eye movements were recorded during a Cohort comprehension task in a Visual World Paradigm experiment. There were 4 conditions in which an indefinite article + target noun was paired with distractors: (1) Neut target (N) -- Masc (M) distractors, (2) Fem (F) -- M, (3) M -- F, and (4) M -- N. The combinations (1)-(4) appeared in one experimental condition (only one referent with target gender) and a control condition (two out of four referents with target gender). The stimulus sentences included a target noun preceded by a gender marked indefinite article. The time course analysis revealed that when the target was N (1), both groups fixated the target significantly faster in the experimental condition compared to the control one (125 ms for the F group, 117 ms for NoF group, t > 2.) Surprisingly, when either target or distractor was F (2-3), neither group showed any reliable signs of fixating the target faster. Even more surprisingly, only the NoF group showed predictive processing in the M condition (4) with N distractors (115 ms, t > 2), but not the F group (15 ms).

To make sure that this unexpected outcome for (2)-(3) is not driven by inconsistent use of the Fem gender in the F group (whose use of Fem could be unstable), we re-ran the experiment with high school students from a small town where Fem indefinite articles are used consistently (n=54, age 16-18). All but one used the Fem indefinite article in the offline production task. Despite this, the results remained the same as for the F group in Exp. 1: a reliable predictive effect for the N target (70 ms, t > 2), but no effect for the M or F targets. Thus, although the Fem markers were actively produced by the F users in both experiments, these markers lost their predictive power in comprehension, rendering the F group equivalent to the NoF group.

We hypothesize that when the unambiguous cues of the relevant grammatical feature (i.e., gender) start to disappear during language change, comprehension is affected faster than production: both F and M (the former disappearing, the latter becoming the common gender), lose their predictive power. Change in production is more gradual when F and NoF users coexist in the language community. We speculate that it is not until a stable two-gender system has been established that the default gender (M) will make a similar processing contribution as the marked gender (N). Thus, our data contribute new evidence in favor of the production-comprehension asymmetry found in L1 acquisition (Grimm et al. 2011) and argue against contingencies between gender assignment and predictive gender agreement as has been proposed in recent L2 research (see Hopp 2013). They also suggest that language processing experiments can be an important tool in capturing the characteristics of an ongoing change.