‘Even If I Did Hear People Saying that Science Was Not for Women, I Chalked It up to Backwardness’

Gender discrimination is not uncommon in research and education nowadays. According to HSE researchers, women employed at universities have fewer research publications, are paid less, and hold fewer executive positions.

On International Women’s Day, we discussed this with two successful female researchers from the Faculty of Mathematics and the Faculty of Computer Science.

– Could you tell us about your work and research interests? How would you explain your research area to someone in the humanities?

– As a deputy dean and academic supervisor, I do a lot of administrative work. And honestly, I don’t have much time for research nowadays. I first started conducting research at the Laboratory of Computer Complexes of the Faculty of Computational Mathematics and Cybernetics (FCMC) at Moscow State University, where I became interested in simulation modeling. Ever since, I have been modeling everything, from an aircraft onboard computer complex in my graduation thesis, to self-organizing academic teams today.

I would not put humanities scholars in opposition to scientists. People involved in physics and math are sometimes snobbish, but this is something we should put an end to, including any biases we ourselves have. Intelligent people from any area of knowledge are capable of explaining things to each other.

– Do you think women are discriminated against in academia? Have you faced discrimination when you studied or were choosing your career?

– The situation is obviously different in different countries and regions. There is definitely no such thing at HSE University. I have never seen a situation when research outcomes would be evaluated differently depending on gender.

I have been fortunate: at school, I saw examples of senior girls who had achieved serious success in mathematics and chess competitions. By the way, I cannot remember similar examples among boys. Even if I did hear older people saying that science was not for women, I chalked it up to backwardness. When I was choosing my career, I was thinking only about what I wanted, what I was interested in, and nothing external hindered me.

– Is it difficult to balance work with your personal life and hobbies?

– Yes, everyone lacks hours in the day today, and this doesn’t depend on the gender. It is not uncommon that my family members come up to me late in the night and ask: ‘Are you very busy now? May I distract you?’ Sometimes, I have to give up sleep in order to meet my friends. But it’s interesting to live at HSE University, and job satisfaction makes up for all the difficulties.

– Are there many emerging female specialists in your field? Have young women’s attitudes to the profession changed?

– The situation has changed a lot since when I was a student when there were about 40% of female students at the MSU FCMC. Today, there are only about 20% female students at the HSE Faculty of Computer Science, and the share of women among lecturers is even lower, about 11%. According to the Girls Who Code community, the gender imbalance in computer science is growing. In 1995, women made up 37% of those working in the field, in 2017 they made up 24%, and in 2027 they are predicted to make up 22%.

It would be interesting to find out where the girls who previously would have gone into IT go today, and why they don’t go into IT. We have been discussing this and many other related questions for several years at our annual IT Meet-up for Women—an event of the Faculty of Computer Science that combines lectures on gender stereotypes and careers in an informal atmosphere.

Over the past five years of organizing our IT Gatherings for Women, we have discussed a lot of important topics, such as the differences between male and female careers in IT; shared our stories of career choice, as well as some research outcomes on the correlation between gender equality in a company and its performance; and talked about the changing role of women in agrarian, industrial and post-industrial societies. And last year, we became part of the Worldwide Conversation on Women’s Higher Education and Equality in the Workplace campaign which was organized by the University of London and commemorates the 150th anniversary of introducing university exams for women. 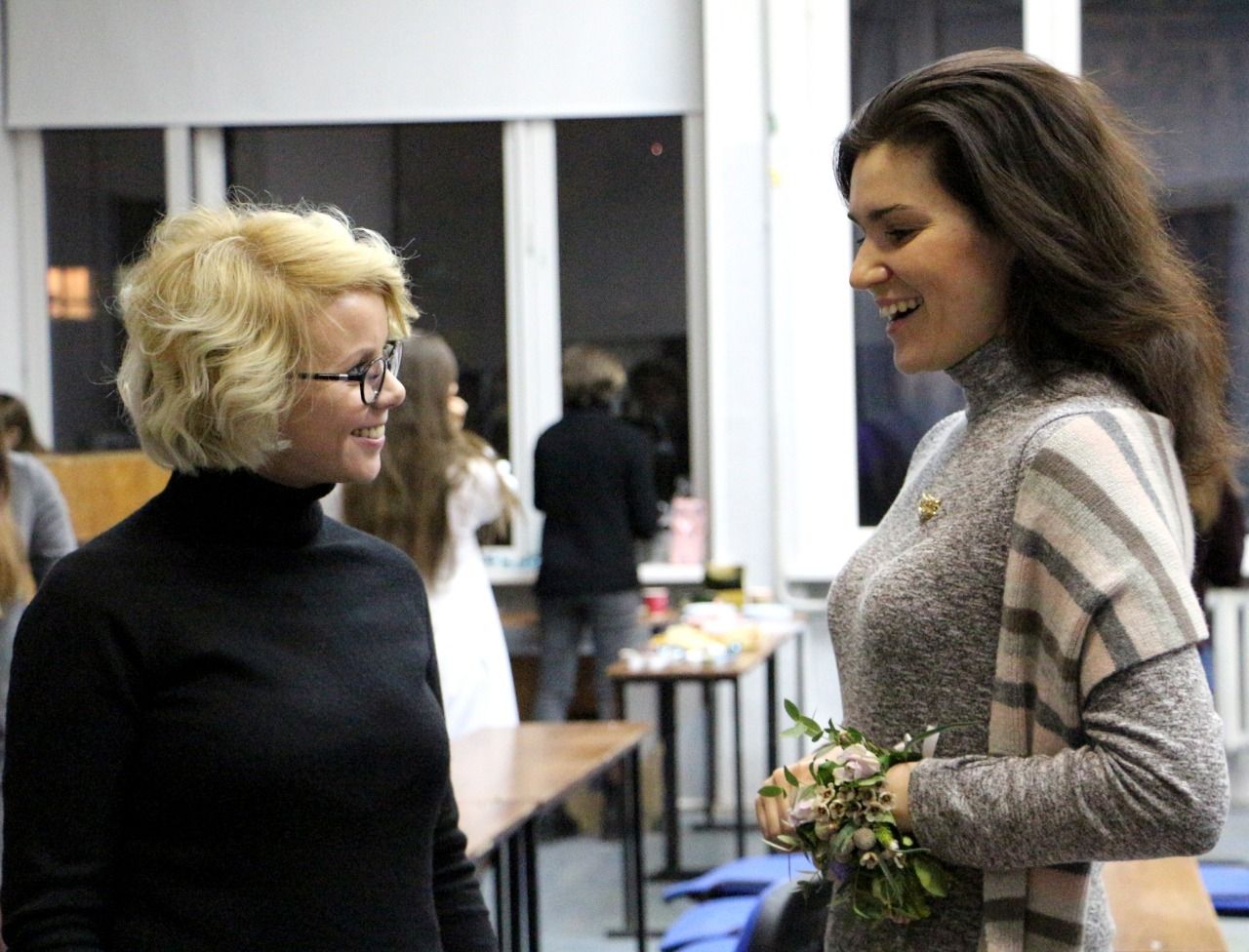 IT Meet-up for Women

At these meetings, we noticed that representatives of the older generations, who have experience working in Soviet times, have felt less gender inequality in childhood and later on. In an academic environment, the researchers who make the most effort receive acknowledgement, and our speakers haven’t noticed any discrimination against women in research. But this is probably because they are from HSE University.

In Western countries, companies pay a lot of attention to diversity and inclusion policies. This kind of management style helps them not lose good staff, to look at their tasks from different perspectives, and better understand their customers. When a company works with people with different backgrounds and work styles, it gets a better understanding of its tasks. A variety of perspectives helps them find the best solutions.

Generally, there is a sharp decline in the share of women as they move up the career ladder. The problem of gender stereotypes in contemporary IT companies still persists. We will continue talking about this at our next meeting, where we invite all our colleagues.

This year’s IT Meet-up for Women will take place on April 18 at the HSE Cultural Centre. To get a notification about when registration will begin, please fill in the form.

Representatives of leading companies will get together in an informal atmosphere to share their career stories. This year’s new feature will be an international component: for example, a speaker from the Netherlands will give a talk on Women in Cyber Security, and a colleague from Finland will tell us about the correlation between the small shares of women in STEM and the small number of female role models at schools and at home.

In addition, we are expecting a Playback Theatre, whose actors will act out the speakers’ stories in real time.

Valentina Kiritchenko
Associate Professor at the HSE Faculty of Mathematics

– Could you tell us about your work and research interests? How would you explain your research area to someone in the humanities?

– I work in algebraic geometry. This is a field of mathematics where geometrical ideas and images are used to solve problems that are purely algebraic at first glance. And, on the contrary, beautiful but complicated geometric problems are solved with the use of algebra.

At school, algebra and geometry are usually taught as two different subjects, but in fact, they are very closely related. For example, a simple geometric observation that a line intersects a circle on a plane in no more than two points reflects the algebraic fact that we all learned in school—that a quadratic equation can have no more than two solutions. If we take more complicated problems about the mutual arrangement of lines and circles, we cannot go by geometric observations only. For example, how many lines are crossed with the four given lines in space? Or how many circles are intersected by six lines in space? We can hardly answer these questions without using algebra.

– Do you think women are discriminated against in academia? Have you faced discrimination when you studied or were choosing your career?

– Opinions on this matter vary: while some women in mathematics have never faced any discrimination, others have experienced obvious discrimination, for example, when they applied for a job. It’s hard to make any global conclusions from the personal stories that I’ve heard or read. A lot depends on how you look at this. For example, let’s say an academic supervisor is not satisfied with their doctoral student’s progress and expresses their criticisms in an untactful manner. For some, this criticism may be useful (I simply have to work harder, and I’ll do well), while for others, it may be destructive (I have no abilities and will have to drop math).

In such situations, women have more reason to be concerned (they do not take me seriously because I’m a woman). On the other hand, almost all young mathematicians, no matter their gender, sometimes doubt their choice of profession. It’s difficult to say whether this choice is easier for women or for men.

I personally haven’t faced negative attitudes in this regard. I had great teachers at school, who respected anyone willing to pursue math. By the end of my school years, I was quite sure I wanted to be a mathematician. As an undergrad and then as a doctoral student, I attended courses by various professors, and everywhere I was welcomed as a younger colleague. 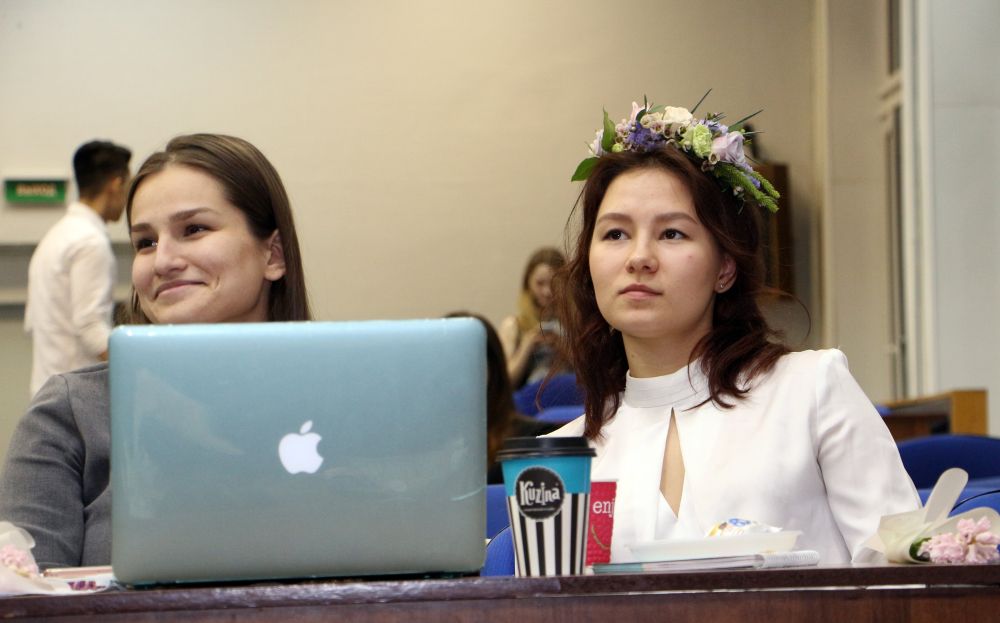 IT Meet-up for Women

– Is it difficult to balance work with your personal life and hobbies?

– Mathematics is an important part of my life, but of course, there are periods when it is not what I do most of the time. We have to assess our capabilities reasonably: for example, it is hard to write papers and take care of a baby. If you take a look at my publication activity, you can easily calculate when my kids were born. On average, it takes about three years to come back to the ‘pre-motherhood’ level of productivity. I believe, it is normal, although this may impact the short-term results. But usually, the projects in mathematics are long-term, and here (as well as in the case with babies) it’s better to assess the results not over the last couple of years, but over five years at least.

– Are there many emerging female specialists in your field? Have young women’s attitudes to the profession changed?

– I haven’t gathered statistics, but, judging by conferences in my area of research, it seems like the number of young female mathematicians is growing. And they are very enthusiastic to share their research outcomes: it’s obvious that they love what they do.

On the other hand, if you look at the Faculty of Mathematics students, it seems like there used to be more gender balance before: previously, you would not see almost no women in a workshop classroom, like today. But, probably, this is the cost of high competition, when the number of applicants does not allow for any reasonable selection, and the outcome is resolved by some minor differences in Olympiad results.

University staff can apply until November 30

HSE People
‘I Prefer Work to Most Types of Pastime’
Ivan Arzhantsev talks about badminton, algebra and the Faculty of Computer Science
HSE People
‘The Main Thing Is to Recognise It in Time’
Olga Buivolova talks about stroke and the contribution of the Center for Language and Brain to the fight against it