The former rector of MIEM was 77 years old

Dmitry Bykov, Doctor of Engineering, Research Professor at the Department of Electronic Engineering and MIEM Rector from 1990 to 2010, died on May 24, 2022 at the age of 77.

Dmitry Bykov’s whole life was connected with MIEM. He graduated from the institute in 1969, worked there, became it’s rector in 1990 and, in recent years, worked as a research professor. The Higher School of Economics mourns his passing and offers its condolences to his family and friends. Below, his co-workers share their memories of Dmitry Bykov. 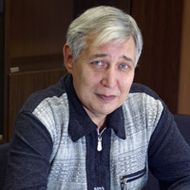 I was very close to Dmitry Bykov and he was an important person for me. We met eons ago, when he was the secretary of the MIEM Communist Party Committee. He accepted me into the Party, then appointed me scientific secretary of the institute and helped me defend my doctoral dissertation. In 2003-2004, he and I formed a delegation to the CeBIT international exhibition that I was instructed to lead. But all his coworkers had warm feelings for him, regardless of how many years they had worked with him. He was a very warm, responsive leader. The open door policy was introduced at MIEM by the founder and first rector of MIEM, Yevgeny Armensky, but as his successor, Dmitry Bykov continued this tradition and faithfully observed it: nobody needed an appointment to come to him with any question at all.

In his younger years, Dmitry Bykov was one of the founders of the the MIEM Student Design Bureau (SDB) and headed it for many years - and this says a lot. The SDB received the Lenin Komsomol Prize and was one of the best Soviet student design bureaus in general. He was a successful scientist, a leading vacuum engineer and headed the Russian Vacuum Society. In the mid-1980s, together with a group of colleagues, he received the USSR State Prize for his work with ultra-high vacuum and high vacuum equipment in electronics. But his main contribution, of course, is in having developed and revived MIEM.

He became the head of the institute in 1990, and, of course, it wasn’t an easy time. He faced the task of implementing educational reforms with very limited funds and a lack of demand for the university’s graduates. But he managed to survive, along with the institute, and even establish new fields of study at MIEM: infocommunication technologies and communication systems, computer security and information systems and technologies.

At the same time, he was an easy-going and very artistic person. Few people know that he was a brilliant photographer. It was his hobby but he took photos like a pro. He also painted pictures, and did so with great enthusiasm until the very end. 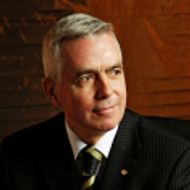 Dmitry Bykov grew up in an educated Moscow family. His father was a professor at Moscow State University and his mother was an assistant professor at a geological exploration institute and a descendant of one of the Decembrists of 1825. Such a heritage endowed Dmitry Bykov with his main traits: intelligence, courtesy, modesty, honesty, justice, education and devotion to his chosen cause. As MIEM rector, all these qualities helped him maintain a friendly and creative atmosphere among the staff during what was a difficult time for our country.

A native Muscovite, Dmitry Bykov was very fond of the city center, took a lot of photographs, painted pictures, and shared interesting observations about the changes taking place in the Arbat district where he grew up and lived.

His attentiveness, sensitivity and responsiveness will remain in our hearts forever. Thank you, Dmitry Bykov, for your good deeds! We will remember you fondly.