On January 30, Dr. Arnis Sauka, Head of the Centre for Sustainable Business at the Stockholm School of Economics in Riga (Latvia), presented the findings of a Shadow Economy Index study at a research seminar at the HSE School of Sociology and Centre for Labour Market Studies. In an interview for HSE News Service, Dr. Sauka discussed the idea behind the study, its methodology, and results. 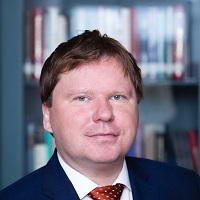 What Is the Shadow Economy Index?

Numerous sources clearly indicate that people evade taxes, in most if not all countries, including very developed ones.  And even though in some examples tax evaders are caught, in a lot of cases they get away with it.

Should we care about this? Yes! The shadow economy can become a vicious cycle: tax evasion can create budget deficits, which make the state increase taxes and thereby push other entrepreneurs to engage in tax evasion. Eventually it can become a societal norm—we see more and more companies that start out with no intention to pay taxes at all. All this leads to less money for all the good services that we expect to receive from the state.

After becoming interested in understanding the size and reasons behind the shadow economy, I soon realized that a number of scholars have attempted to measure its size, but as stated by one of the key authorities in this area, Prof. Schneider, no perfect method has been developed so far—all have major shortcomings and weaknesses.

As a response to this, together with my colleague Professor Talis Putnins, we created another method aiming to measure the size and the determinants of the shadow economy—the Shadow Economy Index.

The index aims to measure both the size of the shadow economy (as a % of GDP) as well as key influential factors behind the shadow economy: satisfaction of entrepreneurs with various institutions (e.g. State Revenue Service, tax system, legislation, etc.), the likelihood of being caught and the severity of punishment if caught while evading taxes, and tolerance towards tax evasion, amongst others. We have applied this method to the Baltic countries (Latvia, Lithuania and Estonia) since 2010. Recently, the method has also been applied to other countries, including Russia, Ukraine, Poland, Moldova, Romania, Kyrgyzstan and Kosovo.

Our method is the first one that draws on a survey of company managers. As opposed to policy makers or researchers, managers have a better sense of the size and determinants of the shadow economy. In every country where we conduct the survey, we interview at least 500 company managers. The key challenge, of course, is to get reliable answers to very sensitive questions.

Indeed, if I asked any of you how much you pay or receive under the table, the answer will probably be ‘zero’ or close to that. That is why we do not ask questions directly about how much one underreports, but instead approach company managers as experts and ask how much companies within their industry are underreporting. It turns out that this method allows us to get more accurate responses.

However, I still needed to test this approach, and I did this back in 2005 when collecting data for my doctoral dissertation. After talking with managers about the size of the shadow economy in 2005, we conducted follow-up interviews in 2006 where I reminded company managers that they told me last year that they—not companies in their industry—are paying, for example, 24% of wages under the table. I asked whether the situation had changed during the year. Only 3 (out of 130 that took part in the interviews) remembered that we had in fact talked about others in the industry. The rest replied that, well, yes now we pay a bit more or less. So overall, even though this is not a perfect approach, it provides more reliable data than in the case we would ask questions directly.

Once we get data, we clean it properly before calculating the index. For example, if the answers to all questions about tax evasion are zero, we do not trust this can be true, as it is not likely that there is a single industry in any country with zero shadow economy activity. Thus, we remove such answers from our data set. We also ask our subjects about tax evasion for the previous two years and use the overlapping year to check for inconsistencies in answers in addition to other data cleaning techniques.

The potential drawbacks of our approach are obvious. First, despite our techniques designed to maximize truthfulness, there will always be respondents that still might not tell the truth. This should be kept in mind when interpreting the results as it is quite likely that our estimates may underestimate the true size of the shadow economy. As such, our method shows the minimum size of a country’s shadow economy.

Some companies in Russia, rather than simply concealing part of their income or employees, are completely unregistered and therefore also contribute to the unobserved economy

We estimate that such companies make up 6.1% of all enterprises in Russia.

We also find that there is a very high level of bribery in Russia: the magnitude of bribery (percentage of revenue spent on ‘getting things done’) is found to be 26.4%, whereas the percentage of the contract value that firms typically offer as a bribe to secure a contract with the government in Russia is 20.6% (2018 data). We also find that more than one-third of companies in Russia pay in bribes more than 25% of the revenue or contract value.

According to our findings, the highest levels of shadow economy are observed in the Nizhny Novgorod region, where it reaches 64% of the GDP, followed by Moscow (47.1%) and Voronezh (41.1%). Furthermore, we find that the size of the shadow economy in all sectors in Russia is close to 40% with somewhat higher levels in the construction and wholesale sectors, controlling for other factors.

Implications of the Study

The answer actually lies in the definition of the shadow economy—remember we are talking about the registered businesses that deliver legal goods and services and are (only) partly involved in tax evasion.

In fact, several studies show that the shadow economy can actually be good at times. For example, it has been shown that companies in developing countries that start business unregistered and stay unregistered over a longer period of time, at later stages tend to become considerably more productive than companies that register their activity from the very beginning of their operation. In such a way those companies overcome liabilities of smallness and newness.

In my own doctoral research, I came to the conclusion that there is no such thing as unproductive activity. Activities can be either good (conforming) or bad (deviant), where with deviant we usually mean cases of involvement in the shadow economy. Yet, deviant activities can lead to productive output. Whether companies create productive output by being involved in conforming or deviant activities strongly depends on the context they operate. We are talking about strength of the legal framework, trust to government and efficiency of the court system amongst others.