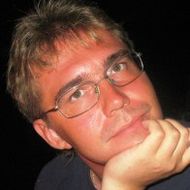 On November 20th and 21st, 2015, an international conference ‘Convergence in a Complex World – Social, Political and Economic Perspectives’ took place in Germany. Olga Komshukova, second-year student of the master’s programme ‘Politics. Economics. Philosophy’ told us about her participation in the event.

This year, a unique international conference took place on the shore of Bodensee. Professors and students from all over Europe carrying out interdisciplinary research in philosophy, sociology, political science and economics took part in a two-day conference at Zeppelin University in the German city of  Friedrichshafen in order to discuss the topic of convergence.

Convergence is a fruitful theme for academic debate, and one which has become an integral part of many disciplines. Can we observe a global convergence of values and norms today? Is it possible to acknowledge convergence among various countries in terms of living standards, or, on the contrary, is there divergence due to growing inequality? East and West, developing and developed countries – can we find evidence of a gradual blur of borders between them due to convergence? These and other issues were the subject of discussion at this international forum.

Leading professors from several German universities spoke at the conference. A workshop by Prof. Joachim Zweynert studied the currently popular theory by Doublass North on limited and open orders from the perspective of convergence and divergence. Prof. Dirk Baecher conducted a workshop on the economy of complexity. Prof. Baecker looked at the economy from the perspective of the theological concept of order suggested by Giorgio Agamben. Another interesting idea was studied by Prof. Heiner Flassbeck in his presentation on ‘The Euro: A single currency without convergence?’ He presented his views on the reasons for the current economic problems and the Euro crisis. Prof. Flassbeck named Germany’s ‘strict economy’ as one of the main causes, including the labour market policy, which has led to growing unemployment and decreasing salaries throughout Europe.

I presented my paper on the influence of sanctions on autocratic regimes at one of the student discussion panels. Some other interesting student papers suggested for discussion included research on evaluating the effectiveness of the Euro as a common currency, and about the inequality of income in Russian regions.

It was nice to find out that the academic level of the master’s programme ‘Politics. Economics. Philosophy’, which was launched at the Faculty of Social Sciences in 2014, its standards of teaching and the research issues, are in line with global interdisciplinary trends. In our communication with professors and students from similar international programmes, we found out that Europe is interested in students and researchers from Russia, and particularly from HSE, and European colleagues are ready to implement joint research and educational projects. For example, our students were invited to present their papers at the ‘Philosophy. Politics. Economics’ conference at Witten/Herdecke university (one of the HSE’s partner institutions), which will take place in May 2016, and I hope they will be able to take part in it.

I’m grateful to the Faculty  of Social Sciences, and particularly to Dean Andrey Melville, Oleg Ananyin, Programme Head, Irina Mossakovskaya, Programme Manager, for help with the organization of the trip and their constant care and attention to students’ professional development.