HSE Rector oversees the direct administration of activities at HSE. Like the Academic Council, the rector is elected by a committee of university staff. The HSE rector manages the university with complete authority and is personally responsible for the quality of education at the university and its financial activities. An advisory body called the rectorate functions underneath the rectorate. At rectorate sessions, key current issues related to the university's operations are discussed.

HSE President participates in the creation of the University Programme of Development and represents the university to government bodies, non-governmental organizations, professional and business associations, and unions.

Faculty deans oversee the activities of their faculties. In each faculty, an academic council is elected to serve as the faculty’s representative body.

In 2001, Mr Anisimov defended his thesis for the degree of Candidate of Physical and Mathematical Sciences (PhD). Mr. Anisimov has vast experience in the field of science and education. He worked in various positions at Lomonosov Moscow State University, where he rose from a leading specialist to Vice Rector. He served as Vice Rector for Academic Affairs, First Vice Rector, and Acting Rector at the University of Mechanical Engineering (Moscow). Mr Anisimov has also worked as Executive Secretary of the Russian Council of School Olympiads. He holds an honorary doctorate in natural sciences from Tokai University. 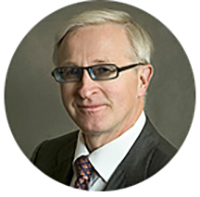 Alexander Shokhin is a well-known Russian statesman and politician. He is a prominent economist, researcher, political scientist and lawyer, and he holds the titles Doctor of Economic Sciences and Professor.

After graduating from the Lomonosov Moscow State University Faculty of Economics in 1974, Dr. Shokhin spent many years conducting research at Gosplan and USSR Academy of Sciences institutes. Dr. Shokhin worked in the USSR Ministry of Foreign Affairs. In the early 1990s, he served as Minister of Labour and Employment, Head of the Russian Agency for International Cooperation and Development, and Minister of Economics. In December 1993, he was elected as a deputy of the first Russian State Duma. In September 1998, Dr. Shokhin was appointed Deputy Chairman of the Government in Evgeniy Primakov&#39;s cabinet, but even before his official resignation from the Duma in October, he resigned from this position. 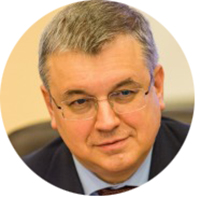 Yaroslav Kuzminov holds a Diploma in Economics from Lomonosov Moscow State University. In 1992, in cooperation with Dr. Evgeny Yasin, Dr. Kuzminov proposed to the Russian Government the establishment of a new type of higher education institution — the Higher School of Economics — and thus he became the youngest rector of a state university in the Russian Federation.

Dr. Kuzminov is the author of more than 100 academic works published in Russia and abroad, and a co-author of over 10 monographs and textbooks. He has also writes regularly for leading Russian and international periodicals. In 2011, Dr. Kuzminov headed the Labor Market, Professional Education, and Migration Policy expert group as part of the Strategy 2020 program for the development of the Russian Federation. His positions include Deputy Head of the National Coordination Council for Supporting Young Gifted People, member of presidium of Presidential Economic Council, member the Presidential Commission on for Civil Service and Management Personnel Pool established, member of the Government Commission for the Coordination of the Open Government, and member of the Government Commission on Economic Development and Integration.

By decrees of the President of the Russian Federation, Dr. Kuzminov has been awarded the Order for Merit to the Fatherland (class IV) (2012) and the Order of Honour (2002).

Evgeny Yasin is a member of the European Academy of Sciences, Honorary Professor at Jilin University (People&#39;s Republic of China), and Doctor Honoris Causa at the University of Birmingham (Great Britain). Since 2000, he has served as the President of the Liberalnaya Missiya (Liberal Mission) Foundation.

In the early 1990s, Dr. Yasin worked at the USSR Government Office to the Scientific and Industrial Union of the USSR — today called the Russian Union of Industrialists and Entrepreneurs — as Director for Economic Policy. In November 1991, he created and headed the Expert Institute as part of this organization. In 1993, under the Chairman of the Government of the Russian Federation, Dr. Yasin was appointed head of a working group and actively participated in the development of economic programmes. The following year, he first was appointed the Head of the Analytical Center under the President of the Russian Federation and later Minister of the Economy.

The Supervisory Council provides recommendations on amendments to HSE’s Charter, the establishment of branches and representative offices, draft plans for HSE financial and economic activity, HSE financial audit procedures, and other issues.

Conference of University Staff and Students

The Conference convenes every five years (or more often if deemed necessary). The Conference’s areas of focus include:

The Academic Council is a representative body elected by a committee of research and teaching staff with participation from other staff and students. The Academic Council is responsible for general administration of HSE. It defines key directions for HSE's development, including educational and research activities, and also approves its financial, economic, and social development plans.

Board of Tenured Professors

The Board of Tenured Professors is an independent body within the university that serves in a purely advisory role, addressing strategic issues relating to HSE’s academic and educational mission. It is made up of members of HSE’s teaching and research staff. The board supports the implementation of HSE’s development strategy goals as stated in the in the University Charter. The status of tenured professor is conferred upon outstanding teachers who are HSE staff members, hold the position of professor, and have made special achievements.

The Board of Trustees was established to help solve short-term and long-term challenges related to the university’s development. It also serves to attract and supervise the use of additional financial resources to support its activities in priority areas of development.

The Supervisory Council monitors and carries out expert reviews of the effectiveness of the development programme of state educational institution ‘State University - Higher School of Economics’, which has received the status of ‘National Research University’, for the 2009-2018 period.

The HSE Student Council is integral to the University’s administration. Council members hold a consultative vote and may participate as full-fledged members at meetings of the HSE Academic Council, where they can express the opinions and concerns of students in regards to all kinds of issues. The council includes representatives of faculty student councils, international student associations and dormitory boards.

Any HSE student can approach the council with an initiative or to discuss a concern. The council’s structure features the following committees:

Furthermore, the HSE Student Council also includes the Centre for Monitoring and Statistics, as well as realtor and volunteer centres.

The HSE Student Ombudsman is elected every year by students through a secret ballot. Their job is to defend the rights of HSE’s students, while also facilitating the best and most comfortable conditions for their time at the University. Students may contact the ombudsman with concerns or ideas regarding studies, dorm issues, and extra-curricular activities. Should a conflict arise between students, student organizations and student councils, and/or between student governing bodies, the ombudsman, as HSE students’ official representative, may act as an arbitrator in such situations.