In the issue:
World Demographic Barometer. Abortion in the world: uneven dynamics and unequal accessLess than half of women live in countries with legislation freely allowing abortion. In developing countries, the prevalence of abortion is higher than in developed onesLegislation affects the safety of abortion. Abortion is the result of an unplanned pregnancy.

In the issue:
Russian Demographic barometer: Crime in Russia, 2017. The most disturbing problems. Russians have become more modest – for happiness they need less money than in 2017. The quality of medical services: what the public wants. Women’s health: outer beauty, inner beautyRussians name optimal retirement age. Adaptation and integration in Russia of migrants from the post-Soviet countries. Meeting of the Demographic Section of the Central House of Scientists of the Russian Academy of Sciences. 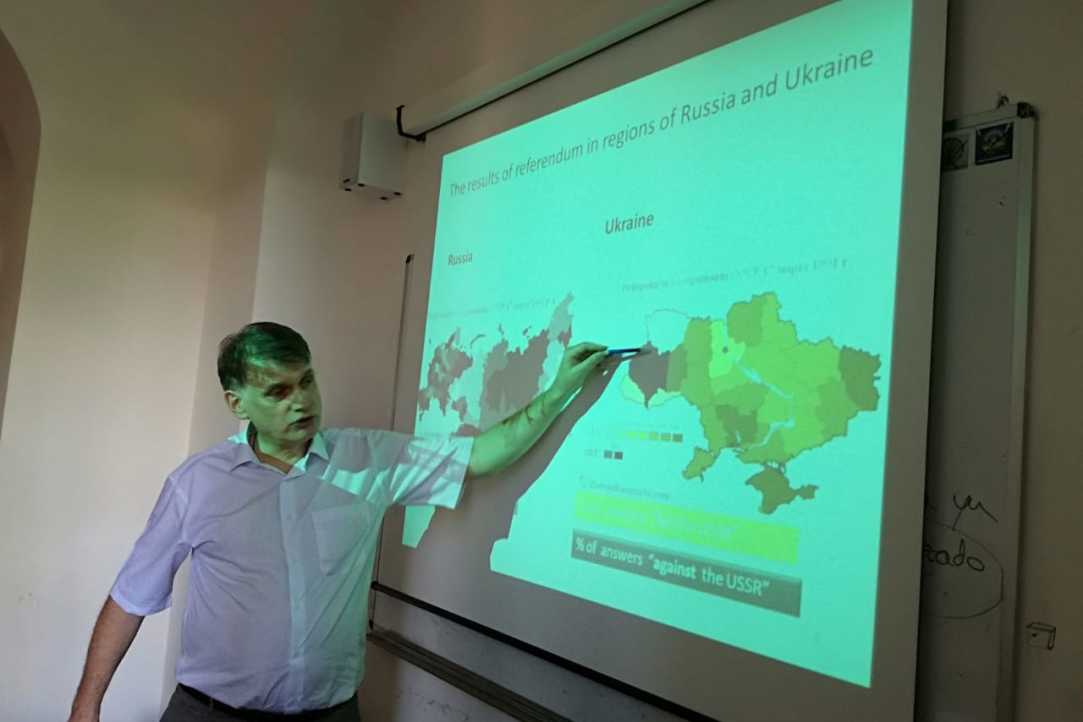 Lectures held by Mikhail B. Denisenko in the University of Naples Federico II

In the issue: The relationship between mortality and economic development in Russia and its regions. Life expectancy of elderly in Russia depending on educational status. Global demographic theory. The demographic transition and the hypothesis of hyperbolic population growth. Matrimonial behavior of Russians in a European context. An integrated approach to cause-of-death analysis: cause-deleted life tables and decompositions of life expectancy.

In the issue:
Morbidity of the Russian population, 2016-2017. Gender stereotypes. Healthy lifestyle: Monitoring. Why people don’t like polyclinics. Are emigrants happier after moving? Demography at the 19th April International Scientific Conference on the Development of Economics and Society of the Higher School of Economics. 125th anniversary of the birth of Vladimir Vladislavovich Paevsky.

In the issue:
Sustainable development rating of Russian cities for 2016. Gender equality and the UN Sustainable Development Goals. Do you tend to discriminate? In 2017 the barrier contraceptive market in Russian pharmacies increased by 15.3%. Healthy life expectancy in Russia: regional features and forecasts. The relationship between mortality rates and economic development in the regions of Russia.

In the issue:
Russia: preliminary demographic results of 2017 (Part II). Should cohabitation be equated with an official marriage? Russia ranks 71st among 144 countries in terms of gender equality. New Family Planning GuideUN experts: restricting abortion rights in Northern Ireland is tantamount to legalized violence. “Fertility Prospects” (on the occasion of the 85th birthday of V.A. Borisov). Meeting of the Demographic Section of the Central House of Scientists of the Russian Academy of Sciences.

In the issue:
Russia: preliminary demographic results of 2017 (Part I). Fertility in Russia: measures and opinions. Marriage and cohabitation: put an equal sign? Cheating, same-sex relations, abortions: taboo or norm? From human papillomavirus to cervical cancerAttitudes to religion.