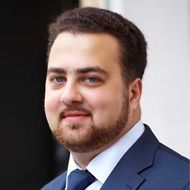 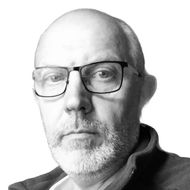 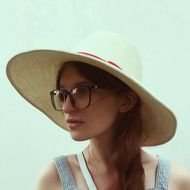 With around 9,000 graduates thus far and roughly 4,000 students, the University of Applied Sciences Technikum Wien is Austria’s largest purely technical university of applied sciences. The educational offerings consist of 13 bachelor’s and 18 master’s degree programs, which are offered as full-time, part-time and/or distance study programs. Eight degree programs are taught in English. The educational offerings are based on a solid scientific foundation and are also practice-oriented. At UAS Technikum Wien, emphasis is not only placed on providing a high-quality technical education, but also on subjects with a focus on business and personal development. Close ties and collaborations with business and industry give students and graduates excellent career opportunities. The combination of theory and practical application is of central importance in both research and instruction.

Since opening its doors to the public in 1978, the University of Passau has quickly developed into a first address in German academia. The University regularly attains top positions in academic rankings, e.g. in Law, Business and Economics, Computer Science, Communication Studies, Political Science and Cultural Studies. Some 12,000 students and doctoral researchers from more than 90 countries are enrolled at the University of Passau. In addition to studying in small learning groups, students benefit from the manageable size of the University campus, resulting in short distances and an excellent student experience. Centre for Key Competencies gives staff and students the opportunity to develop those all-important transferable skills, such as leadership and communication, which are in great demand by employers. Representative surveys regularly attest to the high level of student satisfaction at the University.

With more than 43,000 students and over 120 fields of study in 15 departments, it is Germany's fifth largest university and one of the foremost centers of German intellectual life. The university offers a wide range of subjects across the sciences, social sciences and the humanities. Several courses are also taught in English, including PhD programmes as well as postgraduate courses in geoinformatics, geospational technologies or information systems.

2.  Seoul National University of Science and Technology (Republic of Korea)

Chonnam National University is a South Korean university located in the metropolitan city of Gwangju which lies in the middle of South Jeolla or Jeonnam (Chonnam) province, for which the school is named in the Southwest of the country. The university was formally established in January, 1952 through the union of Gwangju Medical College, Gwangju Agricultural College, Mokpo Commerce College, and Daeseong College. It currently consists of 59 academic departments in 19 colleges and 11 graduate programs. Chonnam National University used to be generally regarded as one of the five major national universities of South Korea together with Seoul National University, Pusan National University, Kyungpook National University, and Chungnam National University. Now the number of the key national universities has been expanded into ten. CNU is also recognized as one of the best performers in government supported HRD (Human Resources Developer) projects. Research expenses of CNU ranks 13th nationally. Moreover, the number of High-ranking public officials ranked 11th. In addition, 26 alumni passed the Second Round of the 51st national bar exam, which is the biggest since the CNU Law School was established.

EURECOM is a French graduate school and a research center in communication systems based in the international science park of Sophia Antipolis within the new Campus SophiaTech, which brings together renowned universities such as TELECOM ParisTech and other European Universities such as the Polytechnic University of Turin, Aalto University (formerly Helsinki University of Technology), Munich University of Technology and the Norwegian University of Science and Technology. EURECOM benefits from a strong interaction with the industry through its specific administrative structure: Economic Interest Group (kind of consortium), which brings together international companies such as: Swisscom, SFR, Orange, ST Microelectronics, BMW Group Research & Technology, Symantec, Monaco Telecom, SAP, IABG. The Principality of Monaco is a new institutional member which joined the consortium at the beginning of 2013. Thanks to its strong ties set up with the industry, EURECOM was awarded the "Institut Carnot" label jointly with the Institut Telecom right from 2006. The Carnot Label was designed to develop and professionalize cooperative research. It encourages the realization of research projects in public research centers that work together with socioeconomic actors, especially companies. EURECOM has an international orientation in the recruitment of professors and students from many different countries, with its European programs and lectures held in English.