On September 13, as part of the EdCrunch 2015 conference devoted to new educational technologies and progressive pedagogical approaches, the final round of the KIvO-2015 Innovations in Education Competition will take place. Below, the head of the Institute of Education’s Centre for the Study of Educational Innovations, Alexander Sidorkin, talks about innovations and the people behind them. 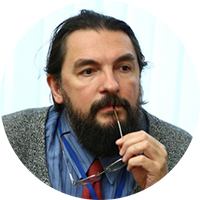 It is not only lazy people who are now interested in using new technologies in education. In reality, however, their effectiveness in our field is extremely low. We have learned to use the internet, create presentations, use electronic textbooks alongside real ones, and our students attend online courses, but this has not yet caused the system of education to change dramatically. In any case, we are not seeing the kinds of noticeable leaps evident in other industries that use new technology, and expectations are still higher than the results we’ve seen. This creates an urgent need for innovations that are actually capable of making a breakthrough. And this has nothing to do with whim or popularity – there is simple no other way for the educational system to develop.

The amount of financing for educational startups around the world has recently surpassed $2 million a year. Both entrepreneurs and large, well-known firms prefer these types of companies, while universities serve as the core of an innovation economy. Universities should not only create innovations, but also study them, which is why the Centre for the Study of Educational Innovations was created within the HSE Institute of Education. The Centre studies the mechanisms behind the emergence and implementation of innovations. Universities themselves should form an innovations community – that is, a community of people in education and related industries who have interesting ideas and who want to change something. This is why last year, for the first time ever, we carried out the KIvO-2015 Innovations in Education Competition, and this year makes the competition’s second year. We have received hundreds of applications, and 20 projects have made it to the final.

At the competition, we tried to bring together as many people as possible and discuss as many projects as we could. After all, in order to find two or three revolutionary education-related solutions, it’s necessary for the ‘innovations pot’ to be brewing several hundreds, or even thousands, of projects at the same time. And we are trying to combine the world of education with the world of business in order for representatives of these areas to be on the same page.

The present-day generation of innovators in education devote less time to ideology compared to the 1990s, when it was necessary to resist the totalitarian school, free a child’s personality, give him or her choices, and the like. Representatives of today’s generation are pragmatic and talk more about technologies and ways to solve problems. Even those whose projects are non-profit and based on an idea that serves society (for example, one project from this year involved creating an educational organization for the elderly) think about where the money will come from. And this is not at all surprising. Any innovation-based project in education has to have an economic model, and it is not important what this model is based on – users’ funds, grants, or volunteer work.

The problem with many educational innovations is that their creators are not able to, and oftentimes simply do not want to, talk to users. They believe that their project is spectacular, but they just do not get around to communicating with potential users. And this is an important factor. We push everyone to figure out exactly what it is that users need.

The KIvO finals take place on the same day as the conference Research on Innovations in Education, which is being carried out as part of EdCrunch by HSE and MILL. The cofounders of MILL, or the Moscow Innovations in Learning Lab, include three Moscow universities – Moscow City Teacher Training University, Moscow State Pedagogical University, and Moscow State University of Psychology and Education. Unlike a ‘big’ conference, where participants pay to be there, this event was open to anyone who wanted to attend. All they needed to do was register online. The competition's grand prize is a trip to any location in the world where the winner can learn more about educational innovations. Last year's winners decided to go to California to learn about projects to create educational spaces for child socialization. They spent a long time preparing, and the trip is set to take place in a month. There were also special secret nominations that won cash prizes and other rewards.

Like last year, this year's 20 finalists have well thought-out projects that all deserve attention. Participants are simply looking at educational needs and coming up with innovative solutions. 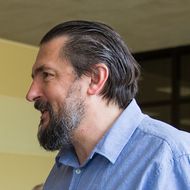 2019 Winner of the Innovations in Education Competition Announced

The 2019 Innovations in Education Competition, organized by HSE University’s Institute of Education and the Rybakov Foundation, received more than 600 project submissions. First prize went to a St. Petersburg-based team for a project that aims to combat bullying against hearing-impaired children. The winners received an internship grant valid in any country in the world courtesy of the Institute of Education.

applications from 15 countries and 151 cities have been submitted for the 2019 Сompetition of Innovations in Education, which is a 20% more than last year. This time, the three most popular categories were Continuing Education and Training (238 applications), School Education (218), and Gaming and Interactive Technologies (126).

The winners are ‘d notation’, an app that is capable of imputing sheet music and learning music notation on smartphones, tablets and interactive whiteboards (from St. Petersburg), and Dysgraph, an online service that’s used to diagnose and treat dysgraphia in children (from Krasnoyarsk).

On September 12, the winner of the 2016 Innovation in Education (KIvO) award was announced at the EdCrunch International Conference on New Educational Technologies. Taking home the prize this year was The Language of Generations, a social project that pairs up senior citizens from Russia with foreign students who are learning Russian.

The summer session of the Competition for Innovators in Education (KIvO), organized by the Higher School of Economics, was recently held in Moscow. Over a four-day period and under the careful watch of respected experts, KIvO participants worked on and developed projects, which will be presented to potential investors at the International Conference on New Educational Technologies EdCruch, slated for September 12-14, 2016 in Moscow.

from 18 countries were submitted for the third Innovation in Education Contest. The number of people wishing to take part in the competition increases year-on-year: in 2014 – 577 applications were received, and in 2015 – 678.

May 12 is the deadline for this year’s Innovations in Education Competition (KIvO-2016), which has now taken place for three years in a row. The winner of the competition will receive a travel grant to study or try out a project anywhere in the world. The first year’s winner, Diana Kolesnikova, has returned from the U.S., where she studied how educational spaces and various other educational projects for children are set up.