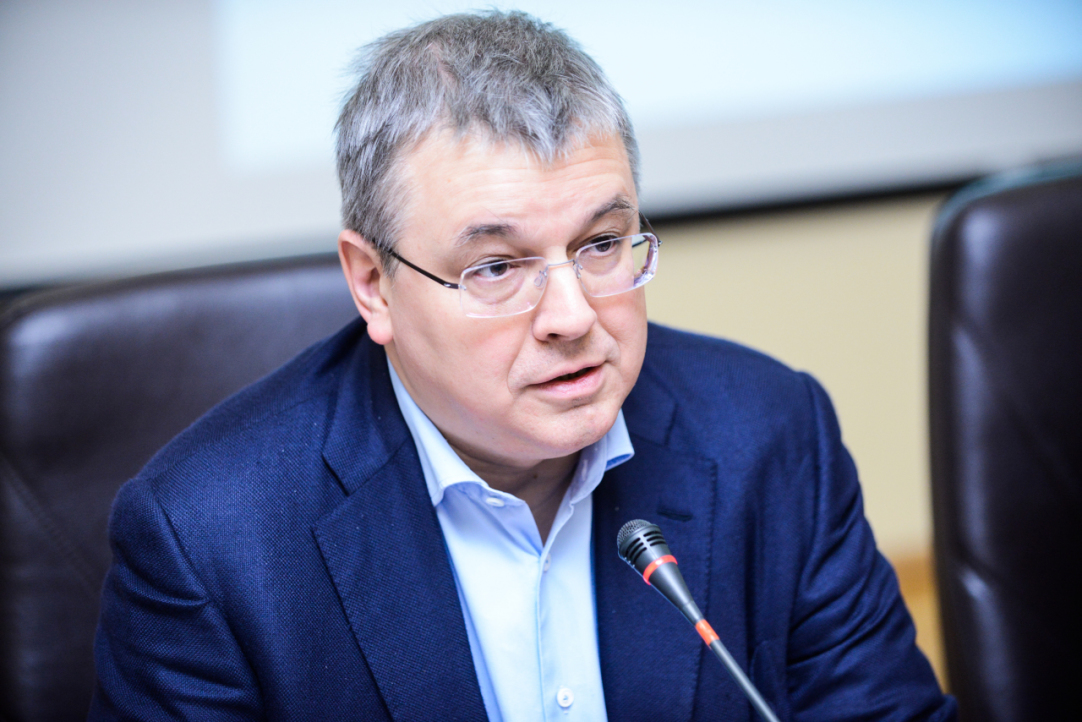 ‘I have signed a governmental order to appoint you as HSE University Rector for a five-year term,’ said the prime minister at his meeting with Yaroslav Kuzminov . ‘I wish you success in leading this highly respected educational institution that is important for our country.’

The rector thanked the prime minister for his trust and added that HSE is working fruitfully with the government on a number of key projects and therefore feels involved in the issues and problems being solved by the cabinet. Mr. Kuzminov also said that his re-appointment may be considered an affirmation of the University’s course.

At the meeting, Yaroslav Kuzminov told the prime minister about HSE’s development strategy through 2020 and noted that it has in fact already been completed.

‘By 2018, it became clear that we had achieved our agenda ahead of schedule and in fact had already evolved from an institution of higher education specializing in economics and the social sciences, which is what we were in 2010, to a full university in the traditional sense,’ noted the rector, adding that HSE University has also become a leader in computer science, humanities, communications, and design.

We have developed, and, more than that, we have become a leader in mathematics

Prime Minister Medvedev in turn noted that HSE’s rapid development was a surprise for him.

‘For a long time, I saw HSE as a university focused on the humanities, social sciences and economics, but then I noticed your students participating in programming and math competitions with very good results,’ he said.

Yaroslav Kuzminov said that 13.5% of National School Student Olympiad champions matriculate at HSE—in other words, every seventh new student at HSE is a NSSO champion. This helps the university contribute to the human capital development in Russia, and supply the national economy with highly qualified staff.

During the meeting, the HSE rector also reminded the prime minister that the university has created brand-new joint faculties of physics, chemistry, and biology in collaboration with leading institutions of the Russian Academy of Sciences (RAS).

Several innovative faculties based on different RAS institutes are independently planning research projects, and in fact, are training a new generation of academics

In addition, HSE University has considerably increased its enrolment: today, it includes 40,000 students, of which 3,500 are international.

‘In five years, we intend to increase the number of international students to about 8,000-9,000,’ Yaroslav Kuzminov said. He added that there are some other important figures as well. For example, there are also 35,000 continuing education students at HSE today.

‘But more importantly, today we have over two million registered users of HSE online courses globally, and the vast majority of them are from abroad. About one million of users are from non-Russian speaking countries studying our English-taught courses. We have hundreds of thousands of registered users from the U.S., Europe, and other developed countries’, the HSE rector said, emphasizing that, together with Harvard and Stanford, HSE was one of the first to rely on digital education.

The prime minister noted that such figures are a strong indicator of the university’s educational programmes’ quality.

An important topic of the meeting was creating an extended support programme for Russian universities and scholars located in regions beyond Moscow and St. Petersburg.

HSE funds 300 internships lasting from two weeks to three months for university teachers, administrators and young researchers from other regions of Russia

According to the rector, HSE University is going to support up to 30 networking programmes. ‘We are sending, at our own expense, our young researchers and lecturers to regional universities. We are finally sharing our strategy, which has been successfully used with our researchers, with the primary aim of supporting the publication of research in leading Russian and international journals, with researchers from other regions’.

Dmitry Medvedev agreed that it is essential to provide support for regional universities.