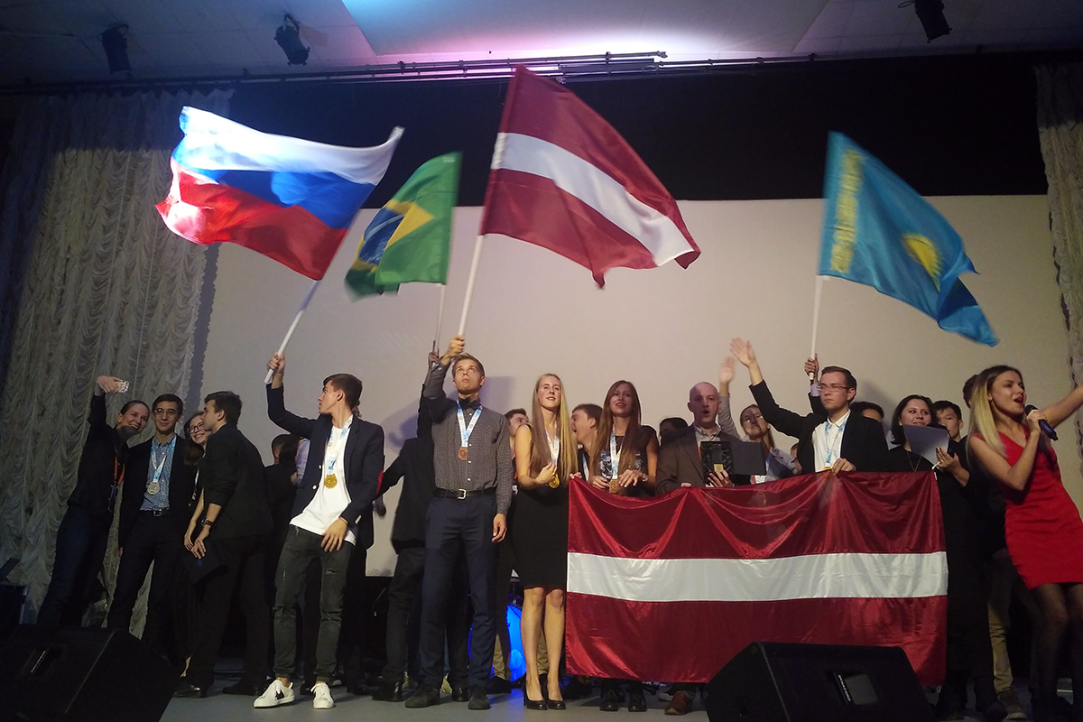 In the team competition, Latvia won the gold, Russia took silver, while Kazakhstan and Brazil tied for the third place to share the bronze.

The international jury, headed by Professor Humberto Llavador (University of Pompeu Fabra, Spain), announced the results of the First International Economics Olympiad for high school students that was held September 15-21 in Moscow.

The Olympiad was initiated by the Higher School of Economics and supported by the Sberbank charity fund ‘Contribution to the Future’, as well as the New Economic School (NES). The international jury was made up of experts from Russia, Spain, Austria, Switzerland, and Portugal. Eric Maskin, Nobel laureate in Economics and Adams University Professor at Harvard University, was the head of the Board of Trustees of the Olympiad.

A total of 65 national competition winners from 13 countries took part as contestants in the Olympiad.The event included three stages, each with its own topic: economics, financial literacy, and a business case. During the first two stages, contestants were scored individually, while in the third stage, they worked in teams.

In the team competition, Latvia won the gold, Russia took silver, while Kazakhstan and Brazil tied for the third place to share the bronze.

Eleven participants got silver, and seventeen people were awarded bronze medals. In addition, eighteen students received honourable mentions for their outstanding performance in one of the competition rounds.

According to Humberto Llavador, the head of the jury, the level of participants was very high. ‘There was a wide range of topics and specializations. Different teams from different countries were stronger or more specialized in one area or the other but the average quality was very high. Some of the tasks of the economics round of the Olympiad were actually at such a high level that even university students might have struggled with them a little. Here we had answers that were very well structured and very well explained and showed fantastic economic intuition.  I was very impressed by the presentation of the Malaysian team and the team from Kazakhstan – the two finalists for the business case round. They did a fantastic job and they made a presentation of a very high quality.’

Professor Llavador also noted how well organized the Olympiad was. ‘Everyone is very impressed. Everything ran smoothly as if it was not the first Olympiad.’

More information about the Olympiad is available on its website https://ecolymp.org/.