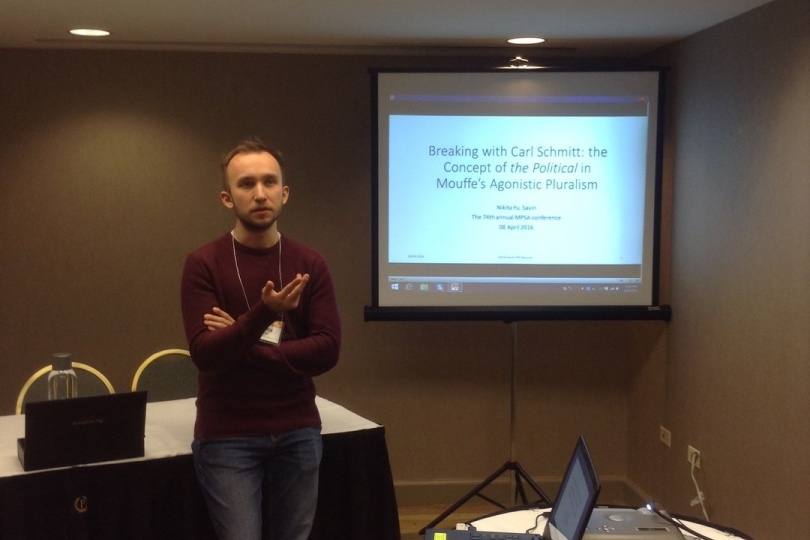 From April 7 – 10, 2016, the 74th annual Midwest Political Science Association (MPSA) Conference took place in Chicago. The MPSA Conference is one of the most respected events in the political scientists’ professional community. Papers in over than 80 sections in various political science research areas were presented at the conference. The conference attracted over 6,000 political scientists, economists and sociologists from 70 countries, including Nikita Savin, lecturer at the HSE School of Political Science.

His paper ‘Breaking with Carl Schmitt: the Concept of the Political in Mouffe’s Agonistic Pluralism’ was presented as part of the ‘Democratic Theory and the Agon’ panel during the ‘Political Theory: Critical and Normative’ section. The panel discussion allowed Nikita to get some valuable feedback and outline some promising areas for further research. The discussion also raised some topical problems of the contemporary democracy theory, particularly, the limits of compatibility between the agonistic and the deliberative views of democracy.

The ‘Deliberative turn’ in political theory was one of the key themes at the other panels of the ‘Political Theory: Critical and Normative’ section. The conference raised the issues of correlation between various concepts of deliberative democracy, suggested some original methods to rethink the concept of deliberation, and discussed the consequences of social media expansion for the public sphere.

Communications in social media became one of the key topics in such sections as ‘Mass Media and Political Communication’ and ‘Methodology’. The first section discussed the role of social media in shaping public opinion and included panels about the control of the new means of communication in authoritarian regimes. Panels of the Methodology section talked about some of the most recent methods of analysing big text arrays with machine learning techniques and discussed some original experimental designs for media research. 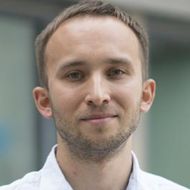