HSE Best in Offline Communications for the Second Year Running 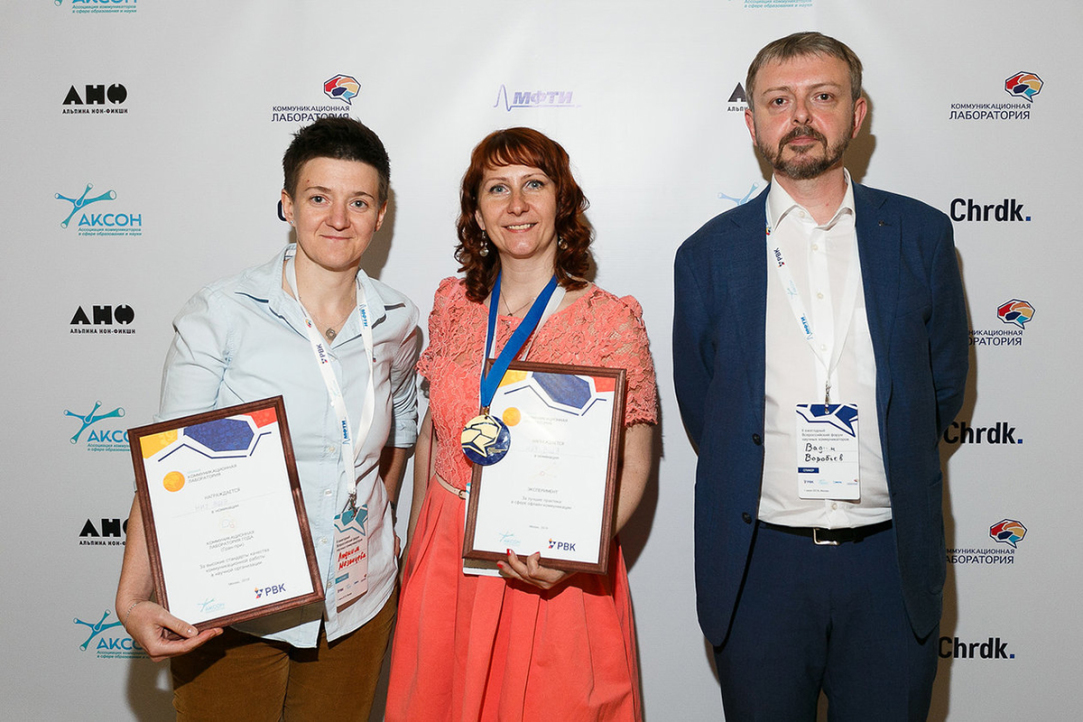 The Higher School of Economics has been awarded the Communications Lab Experiment prize and won second place in the awards for the second year running.

The HSE was nominated for implementing a raft of measures: the major Anti-Anniversary initiative marking the 25th anniversary of its founding, the University Open to the City project, and the joint sessions held by HSE and the Association of Communicators in Education and Science (AKSON) titled ‘MOOC and Media: How to popularize online courses’, as part of the eSTARS international conference on online education.

Second place in the Experiment nomination went to the Russian Academy of Sciences’ Institute for Information Transmission Problems, and third place went to Skolkovo Institute for Science and Technology.